By Gordon Duff and Robert Rosebrock

The Department of Veterans Affairs announced a “settlement” in their long running dispute with Veterans Today and the “Old Guard,” a group of World War 2 + (5 have died waiting for this settlement) vets who have been picketing for years.

Now rats are coming out of the woodwork to take credit for our work, by our I mean mostly Bob Rosebrock’s.  It was Rosebrock’s illegal arrest that brought in the ACLU.

During the long running lawsuit and protest, opposed by all those taking credit now, whistleblowers came forward outlining the following:

1.  VA execs had set up a phony clinic to process medical tests, defrauding the VA of money and denying vets medical test results, causing, we are certain, more than a few deaths.  VA finance personnel came forward but the FBI and federal prosecutors covered it up.

2.  A Detroit based organized crime family tied to the Purple Gang and working directly with the Bentwood Homeowners Association and Veterans Park Conservency, has led efforts to ban veterans from the VA National Home deeded to veterans in 1888.

3.  VA police contacted the FBI about being ordered to “frame” protesting veterans.  VA police were ordered to falsify evidence, alter documents and perjure themselves.  FBI and prosecutors chose to ignore VA police statements and evidence and do nothing.

4.  Individual on the staff of Congressman Waxman contacted a local Army Reserve commander and asked for military police to assault legal protestors, many of whom were over 80 years old.  Though the entire episode is on video, nothing was done.

This is more than corruption and land stolen from veterans.  Its about the rich and powerful who, as years moved on, settled around the National Veterans Home, turning the area into prime real estate.

For years they have used their political clout of keep “ethnically cleanse” and even “genocide” America’s veterans.  To them, veterans land is good enough for a dog park or soccer field for a millionaire kid “prep school” or for oil wells and Hollywood gay rights fundraisers.

What isn’t allow is veterans and “disallowed veterans,” veterans not allowed to live on the $2 billion plus in real estate that they, not the VA, own, are homeless and at risk.  Veterans are an inconvenience except when the rich and famous want cannon fodder for their wars, a very old story they never seem to tire of.

What Brentwood and the Veterans Park Conservency owe is millions in back rent and penalties, perhaps even jail time for some.  For years, the Los Angeles political machine, Waxman and his successors, have fed off veterans land, defrauded the VA and abused homeless vets.

Do not be deceived by a U.S. federal government “settlement” when it involves Native American Indians or Military Veterans.

Beware of a “Trojan Horse” settlement where the VA will offer a master plan that looks great in appearance but will infiltrate and take over with more of the same illegal use under a different name.

Look no further than “a master land-use plan for the campus that identifies sites for housing homeless veterans.”

Whoa! The entire “site” was exclusively deed in 1888 to permanently house and care for disabled and homeless Veterans.

Congressman Ted Lieu recently met with three members of Veterans Park Conservancy, all non-Veterans representing a community homeowner group that has an illegal sharing agreement and a court order to stop construction of a sham amphitheater, but he has refused to meet with bona fide Veterans.

Sadly, he’s already proving to be nothing more than an extension of the disgraced Henry Waxman who kowtowed to the “wants” of the wealth and power instead of solely looking out for the “needs” of disabled and impoverished Veterans.

In Truth, the only bona fide “community engagement” was confirmed on January 3, when Rafer Johnson spoke before the Los Angeles Neighborhood Council Coalition (LANCC) and declared LA to be in a “state of emergency” for homeless Veterans and challenged the City to unify with VA and open a crisis humanitarian relief project on VA property.

LANCC, consists of 96 neighborhood councils throughout LA and they passed a Motion supporting Rafer’s challenge and was unanimously approved.

Will Rafer and the leaders of LANCC have a place at the settlement table and does the settlement include declaring Los Angeles to be in a state of emergency and will Mayor Garcetti unify with the VA and open a crisis humanitarian relief project on VA property?

In addition, the Los Angeles County Board of Supervisors voted 5-0 in support of the Federal Judgment and this body represents approximately 10,000 residents in LA County, so all of this far supercedes any notion of Bobby Shriver trying to bring the neighboring community as a voice for the community-at-large.  (see attached Petition to the VA Congressional Oversight Committee that lists the far-reaching support of Enforcing the Federal Judgment.

Rest assured the purported U.S. government settlement is noting more than a Trojan Horse to deceive and defraud Veterans while continuing to benefit the wealthy and special interest groups by warehousing war-injured and impoverished Veterans in slum neighborhoods far away from the VA property that was exclusively deeded in their behalf.

Lest we forget, there would be no ACLU lawsuit or purported settlement if the Old Veterans Guard (OVG) had not hung the American Flag in distress and ACLU attorney, Peter Eliasberg, answered our call and stood up in our behalf after the VA police issued six false arrest citations and physically removed our American Flag from the front gate of the National Veterans Home.  Moreover, it was the OVG that recommended and arranged to have Vietnam Veterans of America as a major Plaintiff in the second ACLU lawsuit — both lawsuits produced Federal Judgments against former West LA VA executive director Donna Beiter who recently retired.

At the same time that Peter Eliasberg was representing us against the VA, Mark Rosenbaum of the ACLU had filed a lawsuit against the City of Santa Monica when Bobby Shriver was Mayor — for the mistreatment of homeless — and now Mr. Shriver is thumping his chest about how he and the “community” will be engaged at the settlement table of the National Veterans Home.

So where’s the presence and voice of the OVG at today’s so-called settlement press conference with Secretary McDonald, who refused to meet with Rafer Johnson and the OVG.

As always, the Old Veterans Guard remains the constant voice of truth, reason and compassion and we hereby submit our “Veterans Home Settlement Accord” that is attached, along with our “Reparations Demand List” against Veterans Park Conservancy.

Join us the Sunday for our 358th consecutive Rally to “Save Our Veterans Land” and to “Bring Our Homeless Veterans HOME.” 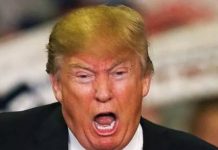 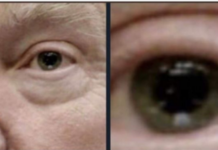 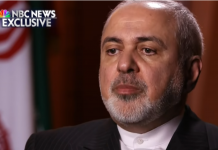