[ Editor’s note: Brother Engdahl hits the nail on the head with a topic long familiar to VT readers… the West thinking it can save its house of cards economic situation by getting its boot on the neck of the East to stave off the inevitable for another 25 years.

A little country like Greece can now have the EU in a panic with the new president’s threat to play “Russian Roulette” on its $270 billion of debt.

If Greece does not get a major adjustment to have some chance of reviving its economy, why not pull the plug and have the EU join in on the pain by getting a good dose of “austerity”, which will make what they have now look like the good ole days.

Russia and China are not running scared from the Western bullies, as they have been expecting this all along. They just thought they had more time. So really all they are having to do now crank up to full speed ahead their Eastern integration and independence redoubt.

The West’s stupid ploy to crush Russia economically by knocking it out of the European energy market and turn it all over to Western and Gulf State suppliers will go down in history as a rare combination of not only stupid elite miscalculations, but the political elite airheads going along with it without question.

The obviousness of the failure became self evident when the big Russia-China pipeline deal, which had been moving slower than winter molasses, was wrapped up in a jiffy… just the stage one part, with the second in the works for Western China.

We know now why the delay. The Chinese were already planning the high speed rail system and adjusted the plan to go through Moscow, as a partner versus a competitor. The communist businessmen ran circles around the US Wharton School and the British Oxford grads.

But Western democracy is so bankrupt (defined by being able to respond to reality), that this monumental failure will be lucky to create more than a ripple in the next elections. Governments should already have fallen over this.

The only silver lining is everyone seeing what a charade EU Democracy is with the European Council ruling like an occupational army, which it is. As we love to say so often at VT, “Welcome to that world!”… Jim W. Dean ]

Rather than fixate on the deliberate US and NATO provocations in Ukraine, Russia is deepening its strategic ties with the other Great Eurasian land-power, the Peoples’ Republic of China.

Far from Putin going begging to Beijing for money, the two powers are weaving a closer strategic counterweight to an Anglo-American elite gone bonkers as its empire slips from its hands.

Unimportant are all diplomatic declarations by Chinese deputy Prime Ministers and others in recent weeks about how China so deeply respects the unique role of the United States as sole superpower.

The reality on the ground speaks of a tectonic and well-thought-through change in the geopolitical world order is underway.

Not only are Russia and China signing gigantic oil and gas agreements that insulate Russia from the negative effects of a potential loss of the EU energy markets in coming months. Now the two powers have agreed on one of the world’s largest-ever infrastructure projects that will create huge new markets across Eurasia.

Russia and China have agreed to build a 7,000-kilometer high-speed rail link from Beijing to Moscow, at a cost of $242 billion, almost a quarter trillion dollars, according to the Beijing city government.

The journey from Beijing to Moscow would take two days on a route passing through Kazakhstan. It will take take eight to 10 years to build.

The rail project is the most ambitious rail infrastructure project in the Eurasian history, even surpassing the Trans-Siberian Railway project across Russia. The new Beijing-Moscow high speed rail corridor shown in yellow will transform the economic space of Eurasia.

In October, 2014, China and Russia signed an agreement to build the first leg of the Beijing-Moscow high-speed rail link. That specified that Chinese firms and their Russian partners will construct a 770-km high speed line connecting Moscow and Kazan, an important metropolis on the Volga River, en route to Beijing.

Then last November, as US sanctions and the US-engineered oil price collapse added a new urgency to the project, Alexander Misharin, vice-president at state-owned OAO Russian Railways, said a section would cost $60 billion to reach Russia’s border, and would cut the Beijing-Moscow journey from five days to 30 hours.

A close look at the new railway map by German politicians might be useful, in order for them to graphically realize where the future of Germany and of the European Union lies. A hint: it doesn’t lie with a dying American debt-bloated economy that only offers Trans-Atlantic Trade and Investment scams to Europe.

From Berlin, the four horses atop the historic Brandenburg Gate are symbolically pointed east, to Moscow. Sanctions cut German industry from participation in one of the largest construction projects in the world history. One might ask why?

The new Moscow-Beijing rail link is arguably the most significant infrastructure project in Eurasia since the brilliant Russian Railways Minister, later Finance Minister and finally Prime Minister, Count Sergei Witte, built the Trans-Siberian Railway to unify the vast expanse of Russia in the 1890’s.

Witte, a student of the long-forgotten German national economist, Friedrich List, realized the central role that rail and other infrastructure had played in the emergence of Germany after creation of the Customs Union in the 1830s, and of the United States with the construction of the first Transcontinental Railway.

Witte’s economic policies were well on the way to create a genuine economic renaissance within the Russian Empire, with peasant reforms, economic development and other policies that won him the hatred of the City of London and Wall Street.

Witte argued to Czar Nicholas II on the eve of World War I that it would be a disaster for Russia to join the British in going to war against Germany. He was right and, symbolically or not, died of a brain tumor just after the Czar was pulled by various intrigues to declare war on Germany.

That disastrous war a century ago, which led to the Western-financed Bolshevik Revolution in 1917, hindered the development of the enormous economic potentials of Russia and Eurasia until the present.

That is now undergoing a transformation, a new kind of Russian revolution based on peace and economic stability, ironically under the pressures of the ongoing NATO war, financial and military, against Eurasian integration.

That Eurasian integration, formal via Russia’s Eurasian Economic Union and the Sino-Russian led Shanghai Cooperation Organization, as well as informal via an escalating series of bilateral economic and military cooperation agreements between the two Eurasian Great Powers — Russia and China — is precisely what NATO and the neoconservative warhawks of the Obama Administration desperately try to prevent in Ukraine and with the Obama military Asia Pivot against China.

The problem, for those poor loveless souls in Washington and Wall Street, is that wars don’t work the way they used to. The world is getting fed up dying in the wars of the One Percent. 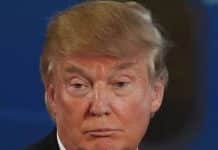 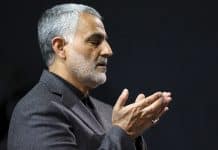 Never Again, and that doesn’t just apply to Auschwitz

Indian Republic Day: Every Day is a Black Day for Kashmiris