Oliver Stone’s Untold History of the United States is a must see 58 minute video for it is a flashback to the hubristic formation of this present empire in the human form as the creators of the official 9/11 story ~ George W Bush, Richard Cheney, Donald Rumsfeld and Paul Wolfowitz’s infamous pipe dream of PNAC ~ which predicted the eventual global dominance of America and its surrogate state of Israel.

The war on terror is still a smokescreen to cover up U.S and Israeli involvement in the false flag of 9/11 and the eventual metamorphosis of America from a Republic to its present day plutocracy and Empire ~ while still remaining shrouded in secrecy…Allen L Roland, Ph.D

“If you tell a big enough lie and tell it frequently enough, it will be believed.”  ~ Adolf Hitler

This must see Documentary by Oliver Stone recounts the final phase in America’s fear based shift from a freedom based Republic into its immanent spiritual death. It also outlines the financial, business and geopolitical interests underlying the War on Terror which rapidly becomes a War of Terror ~ fueled by paranoia and fear as well as an obedient Congress and media.

Stone’s powerful video documentary avoided mainstream censorship by downsizing the 9/11 false flag operation but instead cleverly opens with Martin Luther King’s prediction of the impending spiritual death of America and uses the Project for the New American Century (PNAC) published need for a new Pearl Harbor as the neocon bible for the treasonous acts by our leaders (Bush, Cheney, Rice, Rumsfeld, Powell, etc.) that followed ~ and let the facts speak for themselves.

Bush’s hypocritical sincere lies and fabrications as well as Rice and Cheney’s doublespeak are presented by Stone as evidence of America’s decent to absurdity with the mainstream press in lock step during this spiritual death spiral.

Stone clearly shows this neocon Ride of the Valkyries with regime change the goal from Iraq to Iran ~ with the obvious but unspoken endorsement if not assistance of Israel and Mossad.

Stone lets the viewer connect all these obvious dots but our present co-dependent relationship with Israel, where neither party can be totally honest with the other since both were co-conspirators in the 9/11 false flag operation, as well as the well-known Saudi/Israeli connection and our ongoing secrecy and lack of transparency, provide important clues.

Obama’s broken promises and sell out to Wall Street is clearly seen in Stone’s video as Obama stacks his team with Bush retreads and his promise of transparency is submerged by his greater need to maintain the status quo as well as the increasingly transparent War on Terror ~ which has now become Obama’s drone directed War of Terror.

Obama’s Nobel Peace prize becomes a bad joke ~ witness Obama’s ongoing targeted assassinations and vigilante drone justice ~ along with Bin Laden’s photo op death (with no body or DNA confirmation) which is an obvious insult to our intelligence.

So don’t be shocked but our Democracy has failed and our current plutocracy enjoys an ongoing permanent war as well as a permanent donor based (not voter based) election campaign and Stone clearly records this descent into darkness.

Stone’s ending words speak of our moral descent from a force for good, understanding and peace to our present state as a rogue Empire clinging to the myth of American exceptionalism and offers this Martin Luther King inspired solution in his own words  ~ “We need to humanize the planet and find the power of real love”

Watch this film closely and watch the great American bamboozle rapidly unfold ~ starting with the Bush, Cheney and Powell blatant straight faced lies and finally Obama’s caretaker role for the global elite and dawning empire ~ and all under the deceptive and patriotic cover of the War on Terror. See Video ~

“Only a free and unrestrained press can effectively expose deception in government. And paramount among the responsibilities of a free press is the duty to prevent any part of the government from deceiving the people and sending them off to distant lands to die of foreign fevers and foreign shot and shell.”   ~ U.S. Supreme Court Justice Hugo Black on U.S. 713 New York Times Co. v.. United States

Author Details
Allen L Roland, PhD
{p}Allen L Roland, PhD is a Freelance Alternative Press Online columnist. He is also a heart centered spiritual consultant, author and lecturer who also shares a weekly political and social commentary on his web site at AllenRoland.com. He also guest hosts Truthtalk, a national radio show that airs monthly. He is available for comments, interviews, speaking engagements as well as private consultations via email at [email protected].{/p} {p}Roland is a twin who was born in Boston, Massachusetts, survived a dysfunctional family, pursued and lived his dreams, including becoming a Navy supersonic carrier pilot, finding himself by fully opening his heart, writing three books, siring four children ~ and is still living his ultimate dream by making a difference from a place of love, celebration and service. {/p} His Ph.D dissertation THE UNIFIED FIELD was chosen by Common Boundary and Noetic Science Institute, in their 1998 national dissertation contest, as one of the top three finalists for combining spirituality and psychology. His ongoing heart centered work as a consultant with veterans with PTSD, is the most satisfying work of his life. Allen’s online newsletter, columns and radio broadcasts are committed to the truth ~ as he sees it ~ for only the truth is revolutionary.
http://www.allenroland.com
[email protected] 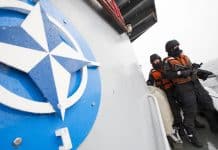 Russia Today: After 19 years America admits it NEVER could have won in Afghanistan