Editor’s note:  Soon after being published, this story was cleansed from the internet.  Today it reappeared.  We are told Israel has lost two submarines in recent years, the other in an “accident” involving the US Navy.  It appears the Israeli submarine fired a Tomahawk missile that nearly struck an American aircraft carrier in the Mediterranean.  The defensive response was “effective.”

Syrianews managed to confirm the news we received a couple of days ago that a Syrian Navy boat destroyed an Israeli submarine off the Syrian coast at 150 meters depth on 02 May 2013 around 2 – 2:30 am. We were not told the type or size of the submarine but we were confirmed it was destroyed.

In the details we managed to get: the enemy object was detected and orders were given to one of the nearby boats to destroy it which they did with a torpedo (not told which type), then it was monitored sinking until landing on the seabed off the coast. A heavy movement of Syrian Army helicopters was observed over the site where the submarine was destroyed.

It’s not the first time Syrian Navy engage with enemy and hostile objects. At the very beginning of the Syrian crisis, the Syrian Navy spotted a German navy ship on a reconnaissance mission and harassed it away, a German minister then complained of the Syrian Navy acts claiming the ship was not spying, just listening and collecting information!

A high number of Israeli spying balloons are seen over the Syrian coast and the Zionists started booby trapping the balloons so they’ll explode when reaching the ground if they’re shot down by the Syrian Army.

Worth noting that Israel with US blessing carried out a raid against a chicken hen house and a weapons depot near Damascus on 5th of May 2013, 3 days after this submarine was destroyed. The raid was in coordination with ground terrorists from Nusra Front attacking 19 different SAA checkpoints around the Syrian capital very early in the morning. 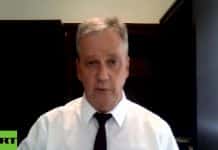 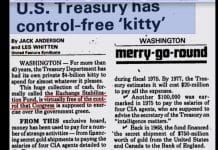 Deep State Pushes Back and so does VT: Threatened Over Posting Exchange Stabilization Fund Videos

Study: More than 200,000 “Americans” may be stateless…refugees