The department said in its annual report on Friday that Iran is supporting those militant groups fighting against the ISIL terrorist group in Iraq and Syria.

The report also said the Islamic Republic increased its military aid to the Syrian government of President Bashar al-Assad and Shia fighters in Iraq last year.

This is while the report makes almost no mention of Saudi Arabia, Qatar and Turkey, which are widely believed to be the main supporters of terrorists in the Middle East. The US itself stands accused of financing and arming militants in the region.

In an interview with Press TV on Friday, American political commentator Dr. Kevin Barrett said that the United States is the primary sponsor of the ISIL terrorists.

“It seems that they’re using a very self-serving definition of terrorism here and elsewhere,” he said.

“It’s ironic though that Iran has been bashed primarily for fighting against the people that this very report says are the world’s biggest terrorist threat and that would be ISIL and Takfiri terrorists,” Dr. Barrett added.

He also noted that Iran “has been the biggest single force fighting against that particular brand of terrorism that this report says is getting out of control.” 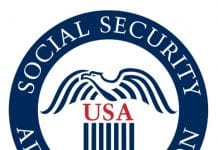