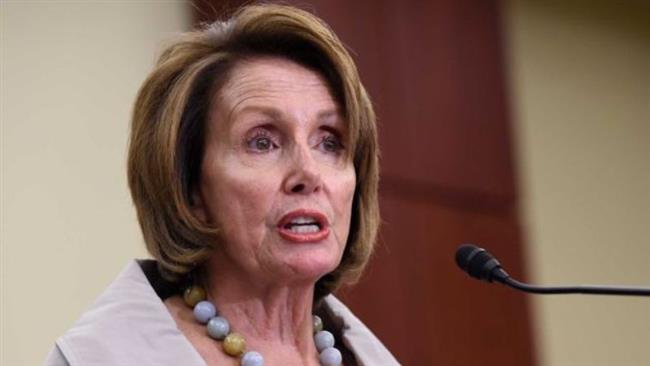 [ Editors Note: My, my…what a wonderful way to start the day, with Ms. Pelosi putting a wooden stake through Bibi and the Republican NeoCons’ vampire hearts. This was a huge frontal assault on them AND AIPAC.

She crossed over the line, so please pour the thankyou calls into her DC and state offices, and thank her for the AIPAC comment. This is the end of their road show to torpedo the Iran agreement. They are now left to play the 60-year-old hooker role, which suits them well.

We begin to see the tide turning on this issue. If they lose, which they certainly expected, they have invested this time to make killing the deal in 2017 with a Republican president in office, a main campaign Koolaid theme.

Nothing would encourage them more to campaign on this than a wimpy response from the public that they accept Jewish-Israeli Lobby special interests to rule among Republicans. They are not stupid, and they can count very well.

If they see the tide turning, they will do what they always have done — shift their positions to protect their seats by serving Israel less openly. But we really need to show them that we can extract some payback here. I know how you feel. They don’t. Please show them… Jim W. Dean ]

Nancy told reporters on Thursday that she was convinced the conclusion reached between Iran and the P5+1 group of countries – the US, Britain, France, China, Russia and Germany – would be supported due to “the nature of the agreement”.

“Where does my confidence spring from? First of all, from the quality of the agreement. Second of all, to the seriousness and thoughtfulness with which my colleagues have approached this,” she said.

Describing the deal as “a diplomatic masterpiece,” Pelosi predicated that the Democrats would sustain a promised veto of the Republicans’ expected disapproval measure.

“More and more of them have confirmed to me that they will be there to sustain the veto. They’ve done this not blindly, but thoroughly, and [spent] the last two-and-a-half weeks reviewing the documents. … And it’s really pretty exciting.”

Almost all Congressional Republicans have publicly opposed the deal. They are expected to put forward a resolution of disapproval before a Sept. 17 deadline.

President Obama has said he would veto the resolution if the Republicans pass it. The resolution then will receive an override vote meaning that two-thirds of both chambers would have to agree to override the president’s veto.

On Wednesday, Obama hosted congressional Democrats from the House of Representatives at a White House reception to build support for the Iran accord.

Pelosi said the president made a “forceful presentation of his case supporting the nuclear” conclusion, noting that groups like AIPAC cannot succeed in hindering the agreement.

The main Israeli lobbying group in Washington has been trying to dissuade Republicans and even some Democrats from backing the Iran nuclear agreement.