Press TV has conducted an interview with Jim W. Dean, the managing editor of Veterans Today from Atlanta, to discuss the US State Department’s approval to sell Patriot missiles to Saudi Arabia.

Following is a rough transcript of the interview.

Press TV: What do you make of all these arms shipments and sales that are being made to Saudi Arabia – a regime that is a known violator of human rights and is currently in the middle of its four-month aggression against Yemen?

So, this is really just something as part of getting the nuclear agreement through Congress just to show that the [Persian] Gulf countries, specifically Saudi Arabia, should not have to worry about being attacked and bombed and taken over by Iran, which of course Iran has always stated its military is only for defensive purposes.

The other part of this is the US is always trying to keep arms sales going, to keep their own production plants going, because in case there ever was a war in the future and you had all your plans not active, they are mothballed, you are not able to crank out new production.

So, this is really not a threat to Iran. They are always upgrading things, but they are making a big deal of this now because they are trying to show the few extra votes they are trying to get in Congress that with the Iran nuclear agreement there is no threat to other countries in the Mideast due to Iran as long as Iran is not attacked.

Press TV: Aren’t you a bit worried that the only way to placate certain Middle Eastern regimes is by pumping the region with weapons?

Dean: The US has always tried to balance its trade, particularly in buying oil from Saudi Arabia, by being able to sell them a lot of things from the US and because their population is not large, one of the ways they have handled the balance with the oil trade is to sell them a lot of weapons.

Saudi Arabia has way more weapons than it possibly can use. It doesn’t have an army that is really well-trained in how to use these things. So frankly, it seems to me that they wasted huge amounts of money on over-arming themselves and this is just due to they just have so much money.

Press TV: What kind of implications will this have as you are putting in more weapons, be it by providing Saudi Arabia with ammunition or the Patriot missiles? Either way this is a volatile region when you pump in more weapons into it, doesn’t it change the dynamics and take the trajectory in a very dangerous course?

Dean: Absolutely. And there are two key points there. Number one: people are less willing to comprise, to make peace, because they feel as long as they have a military advantage, they don’t need to compromise and some people would rather have a military solution if they think they could win.

Another part to it is all of this money going into these huge weapons expenditures are money that could be going into development, to build the economies of these Arab nations, which have very big populations.

They really need to have this money going into development and the people themselves are being robbed of their future, letting the defense companies suck up all these huge tens of billions of dollars, which is money that is never going into be going into productive things for their economies. 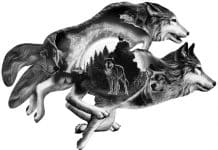 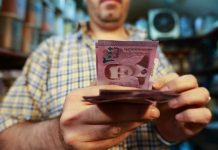