Illegal Israeli drone operations over Iran are part of a regional destabilization, coordinated through Israel, Georgia and Turkey, an “Axis” that not only has put dangerous intelligence operations illegally on Iran’s northern border but is also working directly with ISIS, channeling Takfiri extremists into Syria and Iraq, providing trained advisors and delivering “platform based” intelligence as well.

The drones over Iran also serve as the “eyes and ears” of the Takfiri extremists of ISIS operating in Iraq and Syria as well. ISIS units typically attack poorly defended areas and receive ample warning of Syrian and Iraqi military operations.

Recent successes against ISIS in Syria, Iraq and the downing of an Israeli drone are all signs of a “turning tide.”

Jeffrey Silverman, Veterans Today bureau chief in Tbilisi, Georgia, reports supplies of chemical weapons moving to ISIS through Turkey. ISIS has admitted possession of not only chemical agents but bio and nuclear weapons as well.

Despite continual threats against Israel and, earlier this week, against Saudi Arabia, the continual influx of material support from both states and their role in the founding of ISIS, is borne out in their actions. Without Israel, Saudi Arabia and other “friends,” there would be no ISIS.

Chemical weapons had moved through Turkey before, cited by a 2013 Press TV report from Hatay Province, near the Syrian city of Aleppo, scene of the Al Qaeda attacks that killed hundreds, false flag attacks coordinated with western intelligence agencies to blame the Assad government.

In fact, Turkey is “point of transit” for ISIS, initially from Ankara and moving continually east as ISIS operations have pushed into Iraq’s Nineveh province and the Kurdish regions.

Transit is the key, Georgia for Black Sea cargos through the port of Poti and into Turkey and Azerbaijan, Turkey for air cargos and Takfiri fighters, into Syria and Iraq.

Last week an Israeli drone was shot down by an advanced surface to air missile while on a reconnaissance mission. The only possible reason would be in preparation for a bombing attack on Iran, one intended to interfere with the final phases of the international settlement that will put Iran, not Israel, in full compliance with international NNP (nuclear non-proliferation) concerns.

Saturday, August 23, Colonel James Hanke appeared on Iranian television to discuss the downing of the drone and to answer questions. During that interview, Hanke, editor for Veterans Today and former Attaché to Israel, highest ranking American operational intelligence officer ever to address an Iranian audience, denied US involvement in the attack.

“The US simply doesn’t have the ability to launch drones from ships in the Persian Gulf, Indian Ocean or from bases in the region. Everything is seen, observed and tracked, everything accountable and, at this moment in time, American and Israeli interests are far from in alignment. I suggest you ‘look to the north’ for the party responsible.”

Of course, Hanke, as he later explained to me, meant Azerbaijan. It was Hanke who helped identify two former Soviet fighter bases in Azerbaijan, as early as 2010, as a clandestine Israeli air base. In 2012, two Azerbaijani officers, defecting to Iran, reported of Israeli operations there including a drone base to be used against Iran.

Azerbaijan issued a formal apology but as reported by Republican Guard air defense command, the recent provocation did, as first reported by Hanke, originate from Azerbaijan.

There is a long history of convergence between Israel, Turkey and Azerbaijan. Despite public differences between Israel and Turkey such as the mild Turkish diplomatic “feint” after the Mavi Marmara attack in 2009, military cooperation between Tel Aviv and Ankara continued unabated.

Publicly, Turkey had agreed to buy both drones and prohibited intelligence sensors from Israel. That sale was canceled but in reality continued unabated. The Turkish and Israel armed forces continued to train together including joint air operations training for attacks on Iran.

It was during these exercises in 2010 that Israel’s clandestine forward deployment of attack aircraft to Azerbaijan was discovered. Azerbaijan had claimed that Russian-backed “Armenian rebels” had seized two fighter bases near the Iranian border. In actuality, these were turned over to Israel in partial exchange for Israel’s agreement to train and equip Azerbaijan’s military forces.

In a statement on Sunday, Iran’s Islamic Revolution Guards Corps (IRGC) said it had successfully intercepted and shot down an Israeli spy drone by a surface-to-air missile, known as Hermes 450. The aircraft was on its way toward the Natanz nuclear facility in Iran’s central province of Isfahan, reported the Fars news agency.

Jazayeri also said that Iran will take decisive action and hinted that in retaliation for what he called Israel’s infringement on its territorial integrity ‘the Islamic Republic of Iran will respond to the enemy in the occupied territories [Palestinian territories].’

Iran’s foreign ministry said that Iran would pursue the matter within international organizations.

Official Baku has not commented on the matter.

Less publicly, in fact, in a highly secret deal, Israel began updating Turkey’s American F16 aircraft with advanced avionics and bombing systems. This deal alone, upgrading Turkey’s air force with beyond that of even Saudi Arabia, clearly demonstrates how little possibility Tel Aviv puts on Turkey being a potential security threat to Israel.

Looking at any broad program of instability in the Middle East and Caspian Basin region and not figuring issues of crude oil, natural gas and the network of pipelines through the region into the equation is insane.

An unreported reality, one the media has overlooked, perhaps not innocently, is that, despite the fact that both Libya and Iraq, two of the world’s major oil and gas producers are nearly “offline,” oil prices are plunging.

In the United States, with the upcoming Labor Day holiday weekend here, a time when fuel prices skyrocket, gasoline prices are nearly down 30% from last year despite a stock market at all-time highs and unemployment nearing “pre-Bush collapse” levels.

Without the war on world oil supplies, a total price collapse would ensue, destroying the futures market, crashing the Euro and dollar bankrupting the futures speculators who may well have been behind funding much of the “Arab spring.”

It doesn’t take a genius to see ISIS and the “Axis” chasing oil and gas, securing production facilities, pipelines and refineries.

It also doesn’t take a genius to see the real “back door” for ISIS, not Syria but Turkey. A flurry of “coincidental wars,” false flag terrorism, unexplained military successes, orchestrated and theatrical conflicts, without attributing a wider agenda and the hand of more than a few “players.” 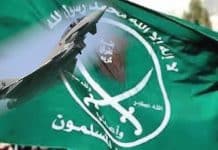