As CNN has reported, an attorney in the case has stated bluntly that the government’s account of what happened in San Bernadino “does not add up.”

One think we know for sure: The government is lying. So what really happened? Here are some obvious questions that the mainstream media is afraid to ask.

4. If the couple was really part of a terrorist network, would the FBI let the media ransack the crime scene?

5. If this supposed radical Muslim Bonnie-and-Clyde acted alone, who was the third gunman reported by multiple eyewitnesses?

7. Why would Inland Regional Center conduct active shooter drills “every month or so” as reported by the Los Angeles Times?

8. Is it just a coincidence that the only center for disabled people in the world that conducts active shooter drills every month (I challenge readers to find another one) happened to be the place where either (a) a huge mass shooting just happened to erupt, or (b) a drill went live?

10. If this were really “radical Islamic terrorism,” why would the perpetrators target a facility for disabled people, rather than high-level individuals who are responsible for the murder of more than a million Muslims since the 9/11/2001 neocon propaganda stunt?

If we ever hear: “This just in! Radical Muslim terrorists have slaughtered Dick Cheney, George W. Bush, Donald Rumsfeld, Richard Perle, Douglas Feith, Dov Zakheim, and the other architects of the genocidal War on Islam in General and Palestine in Particular launched by the 9/11 inside job,” I just might believe it. Until that day, we are safe in assuming that the increasingly ridiculous stories of alleged radical Islamist attacks on random civilians that no Muslim would ever want to harm – like virtually all alleged Islamic terror plots since 9/11, according to Aaronson’s detailed investigation – are part of the same Gladio B program launched by the 9/11 neocon coup d’état. 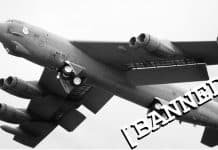 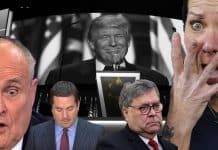 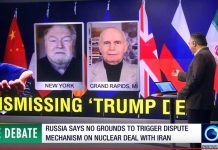 China brings Star Wars to life with ‘laser AK 47’ that can set fire...

Did Scorpions Move From the Ocean to Land?

Neanderthals: Were They Clam Divers?

Planning for a (Not-So) Post-Putin Russia

EVIDENCE: Trump doubles down claiming he does NOT know Lev Parnas! Really...

Russia: The Western Media’s Betrayal of Our Democracy