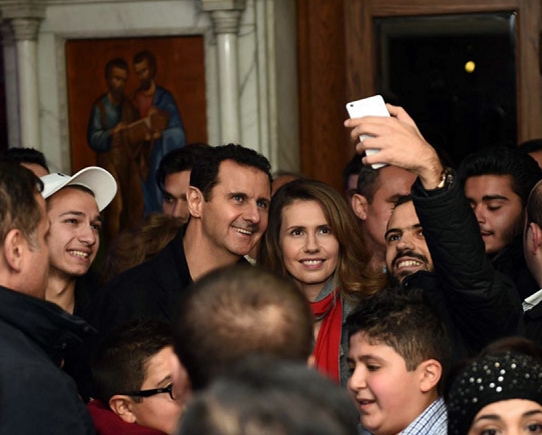 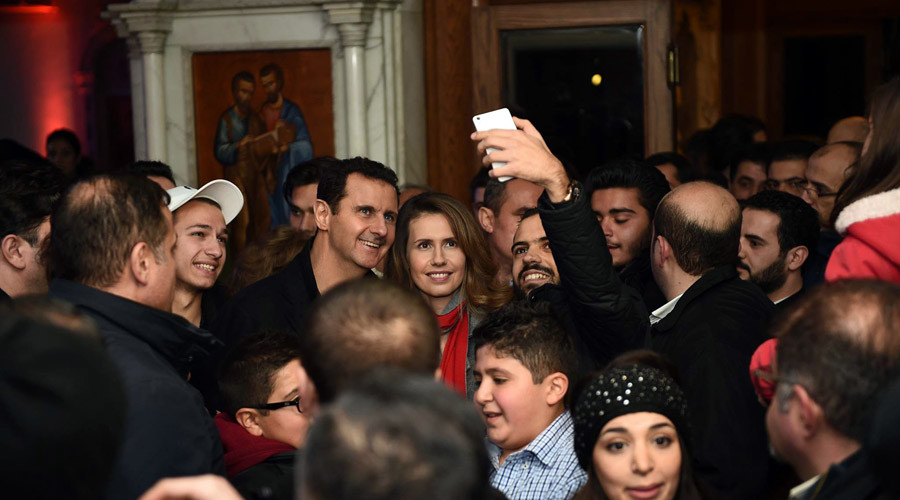 Syrian President Bashar Assad (C-L) and his wife Asma al-Assad (C-R) posing for a picture with a Syrian man as they attend a Christmas choral presentation at the Lady of Damascus Catholic Church in the Syrian capital on December 18, 2015. © HO / AFP
–
[ Editor’s note:  I remember Bush (41) visiting Grand Rapids, Michigan, home of the GOP’s largest donor base.  The city was locked down for hours while police were brought in from 100 miles, 5000 of them, so he would be safe.  That visit cost as much as two Obama vacations alone.  His son, well, we don’t want to go into that, took 200 plus vacation days every year, which America was thankful for… Gordon Duff ]
–
A Christmas choir had a surprise visitor overnight after Bashar Assad made an appearance at a church in the Syrian capital of Damascus where rehearsals were taking place.

The Syrian president and his wife, Asma, visited the Notre Dame de Damas Church, an ancient cathedral located just 2 kilometers from the rebel-held neighborhood of Jobar in the eastern suburb of Ghouta in Damascus.

Assad and his wife chatted with the men and women of the “Joy Choir,” who were practicing ahead of a performance on Christmas Eve, state media said Saturday.

The couple were seen smiling and posing for pictures with the group and also listened to the recital of Christmas poems at the church, which was hit by mortar fire on Friday.
– 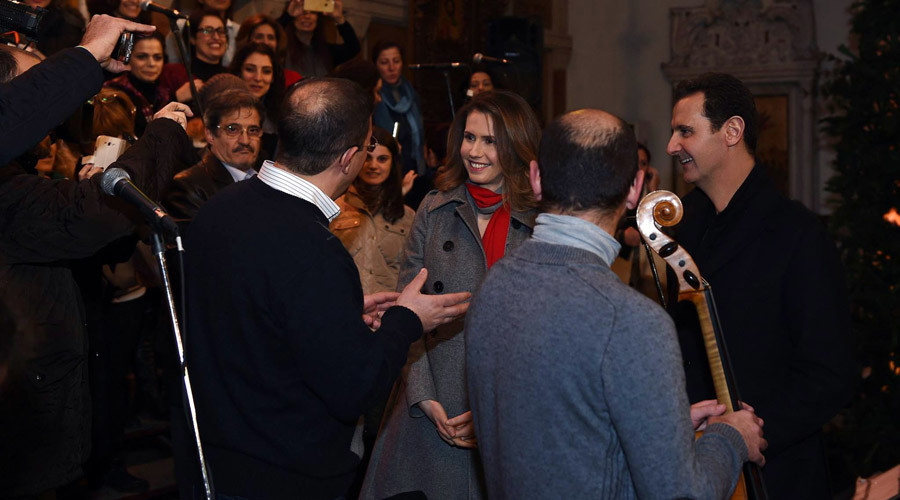 The visit coincided with the adoption of Friday’s UN Security Council resolution calling for a ceasefire and political settlement in Syria, which was unanimously adopted. The resolution refrained from mentioning the Syrian leader.