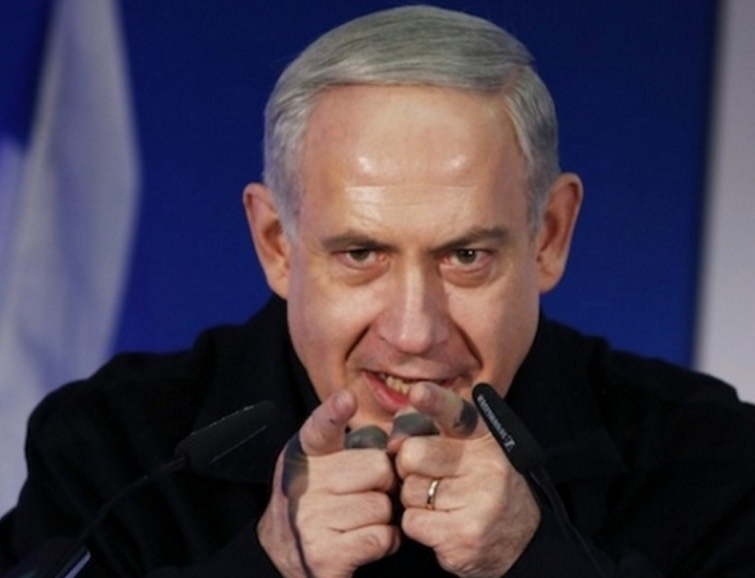 When Republican Representative Devin Nunes informed the media that the House Intelligence Committee of which he is chairman will look into the Wall Street Journal report that the U.S. spied on (bugged)  Israeli Prime Minister Netanyahu during the discussions and negotiations for a nuclear agreement with Iran, he said, “We’re going to play this right down the middle and determine whether or not somebody did something wrong.”

The case for the assertion proclaimed by my headline is as follows.

Though the White House declined as it always does to comment on specific intelligence activities carried out by the National Security Agency (NSA), a spokesman for it did say this. “The U.S. doesn’t spy overseas unless there’s a specific, validated national security reason to do so.” And this principle, the spokesman also emphasized, “applies both to world leaders and regular citizens.”

The truth is that the Obama administration’s decision to bug Netanyahu’s private conversations, including those he had with members of the U.S. Congress, was driven by genuine national security concerns.

The plain fact of the matter is that a nuclear agreement with Iran was in the real and best interests of all – America and the other members of the P5+1 and all the nations and peoples of the whole world including (although most of them are too brainwashed by Zionist propaganda to understand why) Israel’s Jews; and Netanyahu was plotting with the Zionist lobby and its stooges in Congress to prevent President Obama concluding an agreement.

That alone was enough to justify bugging Netanyahu’s private conversations but some in the Obama administration, including no doubt the president himself, had additional security concerns. They could not and did not rule out the possibility that a desperate Netanyahu might organize a false flag operation – an Israeli attack on American interests somewhere which, with the assistance of fabricated and planted evidence, would be blamed on Iran.

Devin has asked the director of National Intelligence and the head of the NSA to come to Capitol Hill next week to be questioned about the bugging.

It’s more than likely that some of Obama’s enemies in Congress will then go into battle with the argument that even if the president had a lawful and legitimate reason or reasons to bug Israel’s prime minister, the bugging should not have included listening to the conversations of members of Congress. That, some may assert, would be unconstitutional, an abuse of presidential power and raises the question of whether or not Obama should be impeached.

But such an argument could easily be dismissed for the nonsense it is.

Another plain fact is that those in Congress, mainly Republicans, who were conspiring with Netanyahu to prevent Obama reaching an agreement with Iran were putting Israel’s interests (Netanyahu’s conception of them) before America’s. In other words they were traitors.

That being so the Obama administration would have been complicit by default in their treachery if it had not bugged the conversations members of Congress had with Netanyahu.

As Eamon Murphy commented in an article published by Mondoweiss, the picture that emerges of America’s special relationship with Israel is of “an alliance with a dark heart of cynicism, which has implications far beyond the concluded talks with Tehran.”

I agree but it has always been so. As I document through the three volumes of the American edition of my book Zionism: The Real Enemy of the Jews, another plain fact is that no American president has ever trusted Israel’s leaders.

And the best of many examples of why not is what happened on 8 June 1967, the fourth day of the Six Days war of that year. (A war of Israeli aggression, not self-defence).

The Johnson administration gave Israel the green light to attack Egypt and only Egypt. The understanding conveyed to Israel was that it was not to grab the Jordanian West Bank and the Syrian Golan Heights. At least some in the Johnson administration were aware that doing so was the intention of Israel’s one-eyed war lord of the time, Defense Minister Moshe Dayan.

It was mainly because some in the Johnson administration did not trust him that it stationed the American spy ship, the U.S.S. Liberty, off the Gaza Strip and Israel’s coast to listen Israeli military communications. The American assumption was that if Dayan ordered a redeployment of Israeli forces that indicated he was intending to take the West Bank (and after that the Golan Heights), the Liberty would send a warning message to prompt Johnson to telephone Israeli Prime Minister Levi Eshkol and say to him something like: “Don’t do it! Order your defense minister order to stop!”

Dayan was aware of that possible scenario and that’s why he ordered Israeli forces to attack the Liberty, killing 34 of its crew and wounding 171 as well as taking out its listening and communicating facilities. He needed the Johnson administration to be deaf and blind to what he intended before it was too late for it to stop him.

I have often written and said that with enemies like the Arabs (regimes and elites) Israel doesn’t need friends.

I think it can also be said that with friends like the leaders of the Zionist (not Jewish) state of Israel, America doesn’t need enemies.

{p}Alan Hart is a former ITN and BBC Panorama foreign correspondent who has covered wars and conflicts wherever they were taking place in the world and specialized in the Middle East.{/p}

{p}His Latest book Zionism: The Real Enemy of the Jews, Vol. 1: The False Messiah, is a three-volume epic in its American edition. He blogs on AlanHart.com.{/p}