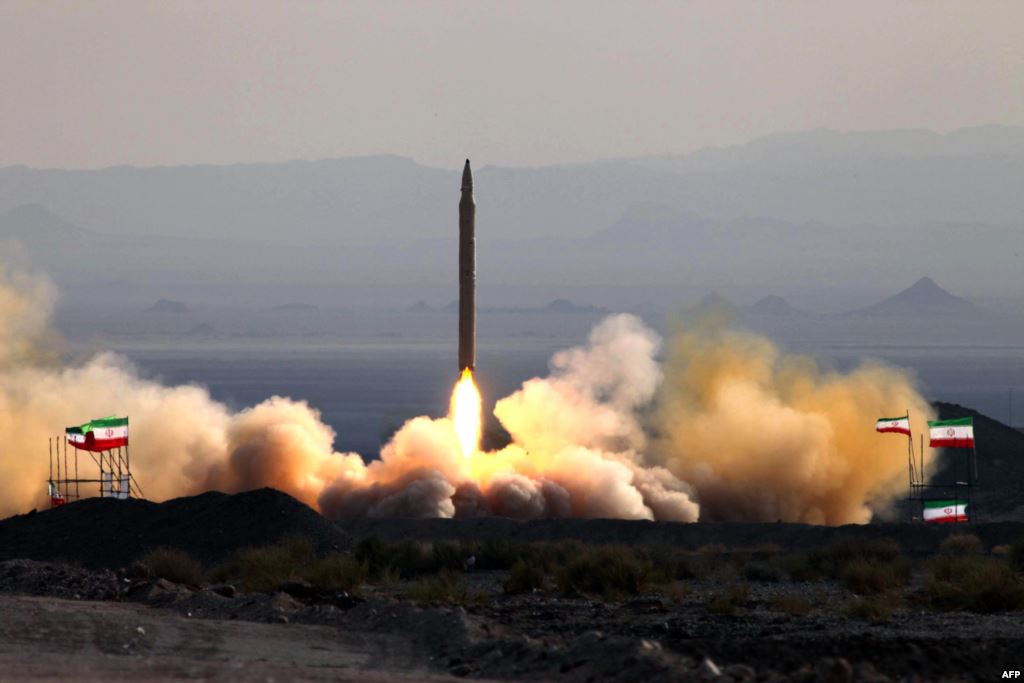 [ Editor’s Note: The White House has blinked on the new sanctions dual with Iran. Bush stay-behinds in the Treasury Department continue to crank out sanctions trip wires, which then are stovepiped into the White House to a plant they must have on Obama’s staff, and who gets them in play before opposition can emerge to stop it.

This case was beyond stupid, as after all that was done to defeat the Israelis and neoCons from blocking Congressional passage of the nuclear agreement, here Obama pops up with a last minute deal wrecker, just after Iran finishes quickly turning over all of its required reprocessed uranium stockpiles to Russia in return for yellow cake.

But it appears that some US internal (and P5+1) opposition has emerged, because the Iranian reaction was quite expected… they were pissed. Tehran has announced that, with any new sanctions by the US, it will expand their missile program even faster. Iran knows it has to make a firm stand here, or the “Sanctionistas” in Washington would just keep new ones coming.

After all the work to get an agreement done, we see this silliness of Obama having been caught up playing a game of chicken with Tehran, risking the deal at the last minute. The Leader has always said he was not interested in negotiating anything with Washington after the nuclear settlement, because it could never be trusted to live up to any agreement, which is basically correct.

Iran has responded that it will speed up its ballistic missile defenses, and increase their range to 5000-kms if the US proceeds with new sanctions. Once again we see the West wanting to eliminate any retaliatory response capability to a US-Western-Israeli-Gulf State preemptive strike, so it can negotiate by holding a gun to the heads of targeted countries.

Iran has good reason to feel this way, as after all, we did steal their country away from them via the 1953 coup and install a puppet simply on the grounds that we viewed it in our interests to do so.

Another example is the US State Dept. still has Iran listed as a state sponsor of terror, when Iran has 12,000 victims of MEK terrorists who have been backed by the US and Israel.

Add to it that the US has multiple allies in the Gulf, plus Turkey and Israel, that we know have been up to their eyeballs using proxy terrorists for regime change in the Mideast.

And last, only one country has the most aggressive preemptive strike doctrine of any “democracy”… which basically says “we reserve the right to attack you for any reason that we choose”. Its name is the USA.

Americans never opposed this doctrine when it came out. There were no marches that I can think off, no major pushback from any of America’s institutions at all, so they have relegated themselves to being along for the ride and to chasing after as many government contracts as possible.

Our Founding Fathers I suspect would be ashamed of us. We could have done better, but decided it was too big a hassle, and there is some justification for that. Taxpayers support a government that now has a myriad of tools to block popular opposition to policies, where they spend our money to push policy, and we have to come up with more to beat them back… Jim W. Dean ]

Iranian President Hassan Rouhani has issued an order calling on the country’s Defense Ministry to expedite efforts for boosting the country’s missile power as reports emerge of US plans for imposing fresh sanctions on Tehran over the issue.

In a decree to Iran’s Defense Minister Brigadier General Hossein Dehqan on Thursday, Rouhani ordered an acceleration in Iran’s program for production of “various types of missile” needed to improve the country’s defense capabilities.

The decree came a day after a report by The Wall Street Journal that Washington is preparing sanctions against firms and individuals in Iran, Hong Kong and the United Arab Emirates over alleged links to Iran’s ballistic missile program.

The planned new sanctions come as the US is obligated under a recent nuclear deal between Iran and the P5+1 group of countries, known as the Joint Comprehensive Plan of Action (JCPOA), to lift the sanctions on Iran over its nuclear program.

The lifting of the bans is expected to come in January as Iran is swiftly moving to carry out its commitment under the deal, namely curbing its nuclear program.

Rouhani, in his decree to Dehqan, called the purported plan by the White House a measure in line with hostile US policies to “illegally interfere in the Islamic Republic of Iran’s programs for boosting the defense power.”

“In line with the [country’s] ratified defense policies, it is necessary that the program for the production of various types of missiles needed for (Iranian) Armed Forces continue with more speed and seriousness,” Rouhani said.

The Iranian president also warned that in case the US repeats such “wrong and interventionist” measures, the Iranian Defense Ministry must develop a new plan for expanding the country’s missile capabilities.

Rouhani said that Iran’s missile power, which he described as a means to protect the country’s sovereignty and a major deterrence against terrorism in the Middle East and the world, has never been up for negotiations, including in the nuclear talks with the P5+1 group – the five permanent members of the UN Security Council plus Germany – which resulted in the JCPOA in Austria on July 14.

He once again rejected claims that Iran is planning to produce missiles capable of carrying nuclear warheads, saying that Iran will continue to produce and test ballistic missiles as a “conventional and important” instrument for defending the country.

“It is clear that Iran’s missile program has never been part of the JCPOA, as [already] acknowledged by US officials,” said Rouhani, stressing that “nuclear weapons have no place in Iran’s defense doctrine; therefore, Iran’s ballistic missiles have not been designed to carry nuclear warheads.”

The Iranian chief executive further said the Islamic Republic would not accept any restrictions on its legitimate right to promote its defense might.

Earlier in the day, Iranian Foreign Ministry spokesman, Hossein Jaberi Ansari, also warned the US against imposing any fresh sanctions on Iran over the country’s ballistic missile program, saying Tehran will respond to such meddlesome measures.