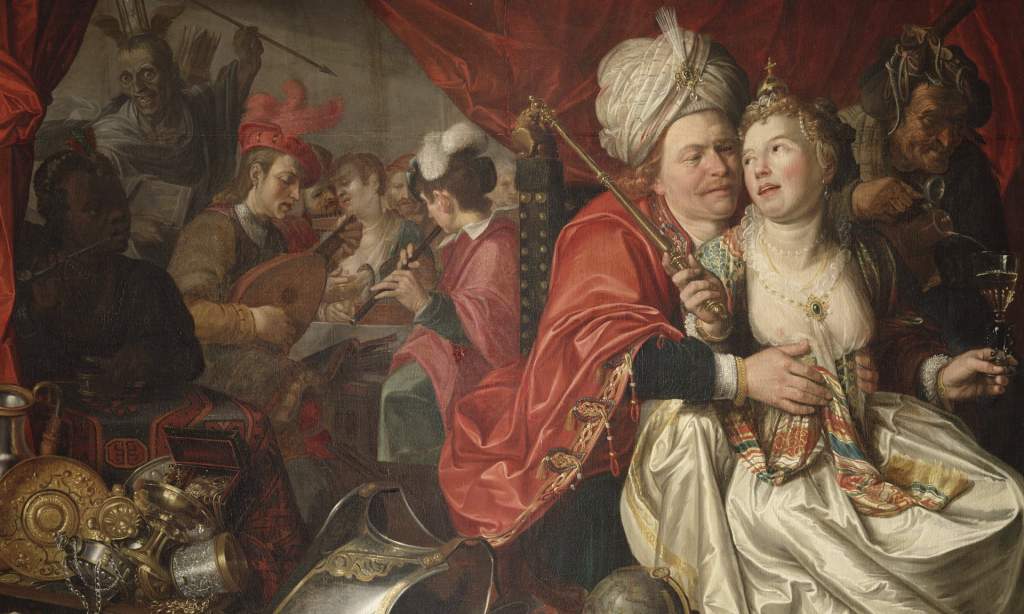 Ukrainian ultranationalists demanded €50 million ransom for paintings stolen from a Dutch museum in 2005, a German newspaper reported in late December.

What many in Ukraine call “the Revolution of Dignity” of February 2014 was essentially an armed takeover by well-trained members of the Ukrainian criminal underworld, Die Junge Welt wrote.This became clear as early as in March 2014 when police in the western Ukrainian town of Rovno gunned down the notorious racketeer Olexandr Muzychko, who also happened to be an active member of the ultranationalist Right Sector organization.

Even the Ukrainian Interior Ministry admitted that the national crime rate went through the roof after the so-called “pro-European activists” looted police and army arsenals just ahead of the Maidan “revolution.”

“Small wonder that reports about members of the so-called ‘volunteer battalions’ enmeshed in illegal trade in stolen artworks regularly appear in the press,” the newspaper wrote.

According to numerous press reports, in July several Ukrainian criminals contacted the Dutch embassy in Kiev offering the Dutch to “buy back” a collection of 24 paintings dating from the country’s 17th-century Golden Age, stolen from the Westfries Museum in Hoorn, north of Amsterdam in 2005.

De Telegraaf newspaper said two Dutch stolen art investigators had found out they were in the hands of an “ultra-nationalist militia” in eastern Ukraine that wanted five million euros for them.

Priceless as they may be in West Friesland, the museum also warned the paintings were not worth quite as much as the nationalists seemed to think.

Having initially demanded €50m for their return, the militia had now said it would settle for a “finders’ fee” of just €5m.

“It seems that the Dutch taxpayers’ money will eventually end up in the pockets of Ukrainian gangsters. This is the price the Dutch will have to pay for the financial support they gave to Ukraine’s provocative Hromadske Telebachennya TV, for helping to falsify in Kiev’s favor of the results of the MH17 crash and for the help they gave in the making of the Nazi propaganda film ‘Maidan’,” Die Junge Welt wrote in conclusion.