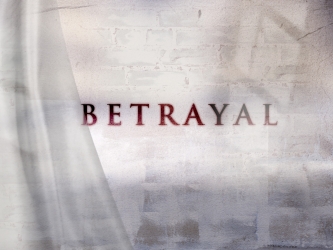 Every recent Trade Agreement that has been approved by the US Congress has contained secret clauses classified under so-called “National Security”.

You are not allowed to know what these secret clauses contain. They are designed to create the right kind of crisis needed to meld the NWO into its long desired form.

It is hard to get an accurate description of what these secret clauses contain, but we now have some of this information.

And the more information we get, the more sinister it appears. And if the American People ever find out  for certain what these secret clauses contain that alone could cause a massive boost in spontaneously emerging populism.

The newly proposed TPP and the TTIP contain clauses which can be used to create a whole new layer of censorship by invoking expanded copyright and means to censor the worldwide Internet and other extremely draconian measures to destroy our basic human rights and oppress us.

But these secret clauses are so illegal, so unConstitutional and outrageously oppressive and unAmerican that if they were ever publicly released and acknowledged they would set off a populist uprising that would actually threaten the USG’s everyday control over the American masses.

These secret clauses guarantee certain new immigration rights between member nations without complex legal entanglements, rights that will initially help foreigners and seriously harm Americans, but will then later create a massive worldwide major crisis that will hurt everyone and help meld the Globalist NWO.

The top beneficiary of all these secret clauses is the Khazarian Mafia (KM) who needs to elicit major crises in order to fully implement their age-old unimaginably evil Globalist NWO plan.

Obviously the fact that most Members of Congress and our Administration are allowing any of these Free Trade Agreements and their secret clauses is a complete betrayal of We The People.

These secret clauses provide Intel sharing with special police and arrest powers for each others Intel and Law Enforcement (including rights to order stand-downs for direct action); special new rights for diplomats; obligations for cooperative efforts for anti-terrorism training and cooperation in fighting terrorism; and a commitment to share a new electronic monetary system when it is rolled out by the City of London through the US private Federal Reserve System.

Take the secret clauses in the notorious NAFTA Agreement, signed under President Bill Clinton. Under NAFTA there is a secret timetable to completely merge the USA, Mexico and Canada into one nation-state. That is why the southern US border has been kept so permeable to illegal immigrants from Mexico, Central and South America.

Why was such an onerous secret agreement made allowing this betrayal of We The People? There is a very big reason why. It is called illegal narcotics trafficking and money laundering by the biggest Wall Street Banks.

The answer is that NAFTA was not only set up to export American manufacturing, heavy industry and jobs. But it was also set up to create a cover for CIA joint efforts with their partners the Mexican, Central and South American Drug Cartels so that drugs could more easily be trafficked into the USA and money could be much more easily laundered.

And that is exactly what has happened under NAFTA and is still going on today more than ever before. Like numerous experts have stated CAFTA is merely NAFTA on steroids.

It should be no surprise that GATT and WTO as well as the two new proposed Free Trade Treaties TPP and TTIP are even more extreme and Orwellian and have the potential to finally shove the KM’s Globalist NWO Plan into place.

These new Trade Agreements if approved will just extend that Narco Terrorism which provides massive off-the-books money for these covert terror mercenary armies used to start wars for the KM.

As one prominent DEA man said, a man who ran CENTAC which was shut down for being too effective, all major trafficking Cartels are always somehow associated with the CIA, and their biggest problem is always laundering the drug proceeds.

Another highly ranked DEA agent once remarked that if the Drug Cartels were eliminated by direct US Military action, the largest Wall Street Banks would go bust within a month because that has been their largest source of revenue and profits.

The deep purpose of all these Trade Agreements are to defang the US economically and militarily, allowing it to be Balkanized with its remains folded into a Globalist NWO System that the Khazarian Mafia (KM) has been working so hard to create for generations.

As long as the US remains economically and militarily strong and armed it is impossible for the KM to Balkanize America.  So naturally the KM is attacking America’s industrial and economic strength and its military might right now too.

There are some even more sinister secret clauses included in the TTIP and the TTP. They both contain two additional quite Orwellian secret clauses: one for complete disarmament of the American People and the other member nations (excluding police, political security and military); and a sinister plan to circumvent the US Constitution and every other member nation’s Constitutions by creation and implementation of the new Globalist concept “World Security”, which is a new extension of the concept “National Security” to a whole new level of consolidation of the Member nations Intel Systems.

But some insiders believe that these new Treaties also include Orwellian restrictions and censorship systems for the Internet to suppress the ‘KM unapproved” Alternative News Media and also to suppress dissidence in general.

It has been rumored that there are also additional secret clauses for new health standards that require a full vaccination schedule by all, no exceptions.

The Globalist NWO folks, the KM, plan to expand the concept of “National Security” to envelope the nations in these new TTIP and TPP Trade Agreements to a new type of supra-national or international “Global Security”.

This will give the KM the rights to use any of the member’s Intel to act inside America to protect their own interests at the expense of American’s basic Constitutional Rights and Rule of Law.

And it will allow the KM eventually to build a new supra-Intel agency that takes precedence and has power over all the member nations. This is to be the KM’s main tool to finish creating their Globalist NWO electronic banking system. Obviously they do not want We The People to become aware of this.

There is one part of the TPP which was signed by President Obama on October 4, 2015 and is awaiting Congressional approval, the ISDS which may be the key to creating a a real Globalist NWO International Government .

This is creation of the Investor-State Dispute Settlement (ISDS) and requires a new international court like structure staffed by international attorneys to rule on international legal disputes between investors and members nations, usually an investor and a foreign nation member. The USG view is that this is a very benign service organization to smooth out international trade and business disputes.

Because it allows suits against one nation by a foreign business entity some fear this would over-ride any US Case Law or Rule of Law, and the US Constitution. An official USG disclosure claims that a ISDS type agreement is already signed and in place between six of the eleven nations included in the TPP (Canada, Chile, Mexico, Peru, Singapore, Vietnam).

It is possible that this new legal body that the TPP if approved by Congress and the other signing nations, will actually create a new un-elected supra governmental body which could then easily function as the KM’s Globalist NWO International government that controls the nations of all members. The key here this governing body with immense powers over the citizens of all member states will be UN-ELECTED and will in no way answer to We The People or any other Citizens. It will be appointed by the existing power structure, the Select few that control the Khazarian Mafia (KM).

This official USG disclosure make strong claims that this International legal body will not be abusive. However, the whole concept of a Free-Trade Agreement itself is Treason and dooms the USA to Third-World status because it fails to protect American heavy industry and manufacturing from unfair sub-American foreign wage structures and gives right to international corporations that normal Americans can never have themselves personally.

This ISDS clause is reported to also be in the TTIP and is an essential part of the Globalists NWO Agenda to Balkanize and destroy the USA and fold its remains into the KM’s incredibly evil Globalist NWO System.

But there are economic considerations too for the KM in these Treasonous Trade Agreements that go beyond taking away Americans basic legal and Constitutional Rights and destroying the American economy.

Another important purpose of the secret clauses in the TTIP and TPP has been to create a strong preventative firewall against any efforts by the Russian Federation, China, India or any other nations to build their own independent monetary or exchange systems independent of the US Petro Dollar or the KM’s planned new electronic banking system.

Of course there is the secret diplomatic agreement between the USG, the KM and Israel that the American Military will protect Israel and keep it fat with American aid.

In exchange Israel is expected to generate deniable chaos, terror and drug trafficking all over the World, to keep expanding and stealing Arab lands, to keep generating chaos for the KM and keep genociding Palestinians and provoking Islamics to genocide each other while creating ISIS and then using them to destroy Syria, Iran and then Saudi Arabia, the Russian Federation, Mexico and Venezuela.

This would of course then allow the creation of a new and tightly controlled oil cartel like what John D. Rockefeller created for the City of London in America in the first place, forming the evil Standard Oil.