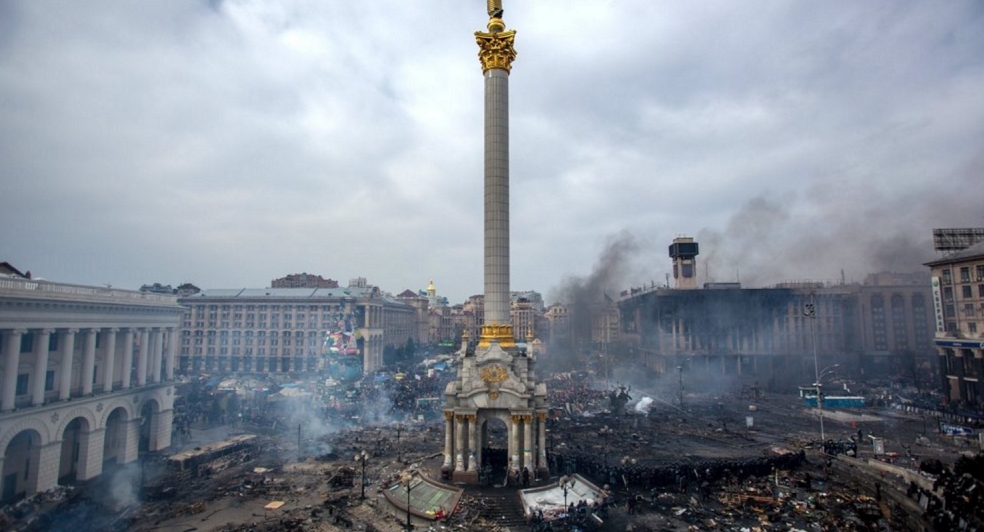 Research conducted by the University of Ottawa on the Maidan “Snipers’ massacre” of February 2014 has shown that the killings of protestors were organized by far right paramilitary groups and allied political parties, not the former government’s Berkut riot police, as claimed by the current Kiev government and repeated by Western media.

A study of the February 20, 2014 “Snipers’ massacre” in Kiev, where scores of protesters were killed by shots fired from surrounding buildings, has proved that it was carried out by Western-backed opposition groups.The research found that the Berkut special police force, which was loyal to the Ukrainian government, was not responsible, contrary to the narrative which was created by the post-Maidan coup government in Kiev, and consequently accepted by Western governments and media.

Ivan Katchanovski, a teacher of political science at the University of Ottawa, studied eyewitness reports, estimates of ballistic trajectories, 30 gigabytes of security forces’ radio intercepts, 5,000 photos and 1,500 videos and broadcast recordings of the protesters’ deaths.

“This academic investigation concludes that the massacre was a false flag operation, which was rationally planned and carried out with a goal of the overthrow of the government and seizure of power,” wrote Katchanovski in his study, called ‘The “Snipers’ Massacre” on the Maidan in Ukraine.’

“It found various evidence of the involvement of an alliance of the far right organizations, specifically the Right Sector and Svoboda, and oligarchic parties, such as Fatherland. Concealed shooters and spotters were located in at least 20 Maidan-controlled buildings or areas.”

The deaths of 49 protesters on February 20 have been attributed by Kiev’s current government to the Berkut special police force, loyal to then Ukrainian president Viktor Yanukovych’s government. Investigations of the massacre by Ukraine’s Prosecutor General’s Office and other government agencies blame Berkut for shooting the protesters on Yanukovych’s orders.

The prosecutor’s report falsely concluded that Berkut snipers killed 39 of the protesters who died that day, reports Katchanovski.

​The killings took place as the Yanukovych government was negotiating with opposition groups to find a political solution to the crisis, and was soon followed on February 22 by an armed coup that gave Ukraine’s Verkhovnaya Rada the power to change the constitution and overthrow the president.
–

“The Maidan-led government used the Maidan massacre as a source of its legitimacy and widely commemorated this mass killing and its victims among the protesters. The killed protesters were posthumously awarded ‘Hero of Ukraine’ titles by President Petro Poroshenko, and the government established February 20 as a day in their honor,” Katchanovski explains.

The post-Yanukovych government’s version of the events of that tragic day has been largely unchallenged by the Western governments and media, who have represented the massacre and the Maidan protests as “a part of the narrative presenting ‘Euromaidan’ as a democratic, peaceful mass —protest movement and a revolution led by pro-Western parties,” says the academic.

“A report of the International Advisory Panel, set up by the Council of Europe, presented evidence in 2015 that the investigation of the ‘snipers’ massacre’ on the Maidan has been stalled, in particular by the Ministry of Internal Affairs and the Prosecutor General office.

The report revealed that contrary to the public statements, the official investigation had evidence of ‘shooters’ killing at least three protesters from the Maidan-controlled Hotel Ukraina or the Music Conservatory and that at least other 10 protesters were killed by unidentified ‘snipers’ from rooftops.”

While observing the overwhelming bias of Western media representations of the events, the scholar was able to cite some more thorough investigations. German TV program Monitor shows shooters based in the Hotel Ukraina, and revealed manipulation of the government’s investigation of the shootings.

In addition, Katchanovski found reports from the BBC and Frankfurter Allgemeine Zeitung (FAZ) that confirmed the presence of armed protesters at the Music Conservatory and their shooting of the police at Maidan.

However, Katchanovski also relates other serious examples of media manipulation of the shootings, such as BBC editing of an interview with former Ukrainian President Viktor Yanukovych, which “was misrepresented by BBC and the Ukrainian media as an admission of his and his police forces’ responsibility for carrying out the Maidan massacre.”

“The transcript of the full Yanukovych interview published on the BBC Russian website shows that he did not admit his and his police forces’ responsibility for carrying the Maidan massacre and repeated his previous statements about a ‘coup’ by ‘radicals’ but regretted his failure to prevent the massacre.”