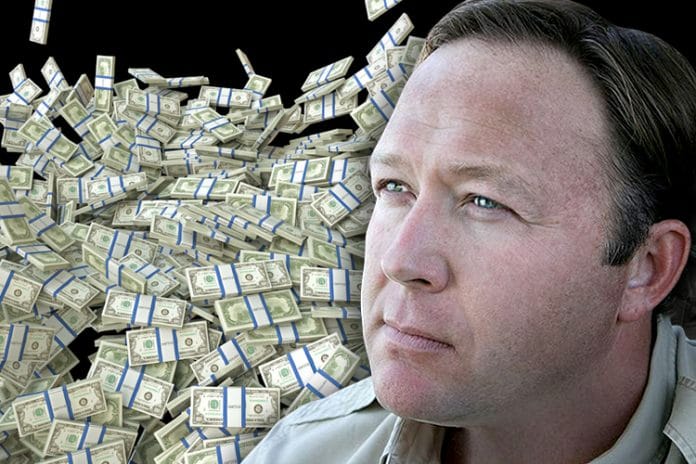 Reading some responses over the years made me realize that some people are unsophisticated in their thinking, despite the fact that they claim to be rational.

I wrote an article last year showing that people like Richard Dawkins are logically incoherent and propound statements that would stun a freshman in philosophy class. One individual responded by saying that “logic and reason prove nothing.”

I remembered thinking, “The Lord hath delivered him into my hands.” So, how did he go about proving that “logic and reason prove nothing”?

What was even astonishing to me was that even after I pointed that logical fallacy out, that particular individual went along believing his nonsense anyway. And this is why I have been reluctant to respond to people who simply do not understand logic or cannot understand why this or that statement is logically fallacious and therefore worthless.

I am getting close to the conclusion that you cannot reason a person out of an idea that was not born on the basis of reason, particularly when that person cherishes that idea so much that he would almost die defending it.  Over the past three years or so, I have seen at least twenty people (including one of my dear friends) who have similar ideologies.

A recent response to my Alex Jones article by a reader named Layman Jan Wilson is no different. First, Wilson says that she is “a long-time listener of Alex Jones” and deduces that I have propounded “distorted lies and innuendos” about Alex Jones and others. And then this:

“You have no shred of proof for your attacks on Alex, Paul, Robert, or Ms. Gellar…You have no documentable [sic] proofs to back your accusations and I find you particularly irritating in your self-righteous and ego-driven, arrogant tone.”

I simply could not hold my laughter here. I have written three articles that talk about Jones and all three of those articles are littered with footnotes and references. I have done so deliberately in nearly all my articles because I knew that people who are not scholars or are not familiar with scholarly literature will come up with ridiculous ideas and make silly claims about what I write. I discovered this back in 2013.

The first article I wrote on Jones has 51 footnotes, the second one has 36, and the third one has 44. If you do the basic math, that’s 131 footnotes altogether.

Now I am being told that I have “no documentable proofs” to back my claim. So, listening to Jones for “a long time” means that the individual cannot think properly. Doesn’t Wilson’s response here makes it even more frightening to absorb virtually everything that Jones and others are saying? If I were Jones, I would run from people like Wilson as quickly as possible because they make him look really bad.

Wilson says that I have “slandered, insulted and denigrated, several men and one woman, whom you do not know.” Obviously, Wilson does not know the difference between attacking an argument or an ideology and attacking a person (ad hominem).

Wilson’s argument here—I am generous enough to call it an argument—is so primitive and sophomoric that one does not know where to begin. Do modern historians have to know people like Isaac Newton or Joseph Stalin or Mao or Abraham Lincoln to write a history book about them? If so, then we might as well close all historical investigations.

I am also interested in taking an argument to its logical conclusions. Wilson needs to logically explain to us why Alex Jones and his protégé keep talking about “The Left” “Globalists” and “Muslims” when they are not willing to talk about the people who are pushing the buttons.

If Jones is right, then we might as well shut down the police department and all and all other government agencies which seek to draw connections between crimes, ethnicity, and criminal activity. All three elements play a vital role in forensic investigation.

In The Fundamentals of Criminal Investigation, we learn that “often the victim or the gang members are of the same ethnic group.”[1] Another textbook tells us that when looking at terrorism it is important to look at nationality or ethnicity or religion.[2] 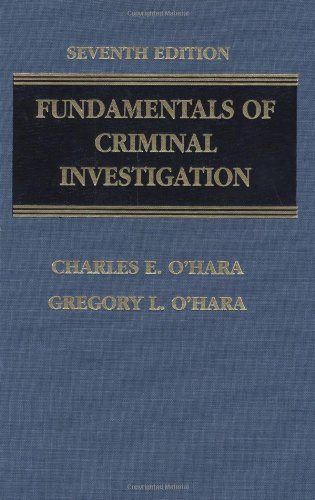 The authors move on to say that investigators should be aware of the culture and even the language of the individual or group under investigation.[3] They declare, “A number of the more notorious gangs are formed on the basis of ethnic or racial identity,” going further to provide evidence from Honduras, Guatemala, Nicaragua, Costa Rica, Panama, Belize, and the United States.[4]

Another textbook declares that even when selecting an undercover investigator, it is important to put some weight on the investigator’s background, including ethnic origin.[5]

It would be foolish to say that these policies are based on prejudice and therefore irresponsible. Investigators must be careful in making generalizations with a limited number of facts.[6] Individuals must be treated for who they are: people who are part of the human race (something law enforcement recognizes[7]).

But the criminal investigation has to start somewhere and has to include certain factors which may or may not lead to a cumulative case. This is called categorical suspicion in criminal law, a principle which

“refers to the suspicion that falls on suspects because they fit into a broad category of people, such as being in a particular location, being members of a particular race or ethnicity, or fitting a profile.

These factors allow an investigation to be pursued in a specific, logical way.[9]

Although the Department of Justice forbids the use of ethnicity in “making routine or spontaneous law enforcement decisions,” it does say that “officers may rely on race or ethnicity in a specific suspect description.”[10] If discarded, police would have a much harder time pursuing crimes.

On what grounds, then, should historians, scholars, and people of reason suspend this method when it comes to examining Jewish participation in subversive activity? Should we apply the method everywhere—even when examining so-called Muslim terrorism in the United States—but ignore it when it comes to Jewish participation in revolutionary activity? Is this a sound argument?

Moreover, is it rationally sound to quickly conclude that a person who does name names is by definition an anti-Semite or a bigot? There is a logical breakdown here that can hardly be ignored.

In his response to David Duke’s point that “Jewish Supremacists” are dragging much of the West into a hellish existence, Jones, at one point, said that “anti-Jew groups” and others “give god-like superpowers to whoever they believe runs everything.”

Alex Jones was just shooting himself in the toes here precisely because Jones said elsewhere that “the Arabs “own everything—they control the whole deal,” including Fox News! And doesn’t Jones give “god-like superpowers” to the so-called “Left” as well? Why can’t Wilson see that Jones is making a fool of himself here?

Wilson says she finds me “very distasteful,” but she complains that I distaste people like Jones! If she cannot see that she is swimming in a swamp of contradictions, I cannot help her at all.

Then Wilson propounds the same thing that Alex Jones has been saying: “as to your claim that I.S.I.S. was created/is supported by Israel, is just plain ludicrous…it is Obama that has been supporting I.S.I.S. along with his friend, the megalomaniacal Magog from Turkey.”

I’ve cited the sources where it was reported that Israel and al-Qaeda and indeed ISIS are basically sleeping with each other, but Wilson took the easy route by saying that the statement is “ridiculous.” Great logic!

Then Wilson attempts to use the Bible to prove the claim that ‘Those that bless Israel will be blessed, and those that ‘curse her’ will be ‘cursed.’” I have discussed this at length in the first two volumes of Christianity and Rabbinic Judaism, so I will not repeat this here.

Lastly, Wilson declares: “I don’t know you, and I have never heard of you before…and therefore, you are suspect to me…”

Did this lady even reread her entire argument before she utters that perversion? Let us apply it to Jones and the people that she is actually defending: Jonas E. Alexis doesn’t know them well, and therefore they are suspect to him!

Then she accuses me of being an Obama supporter and then asserts: “You will not win.”

As the saying goes, there’s none so blind as those who will not see.