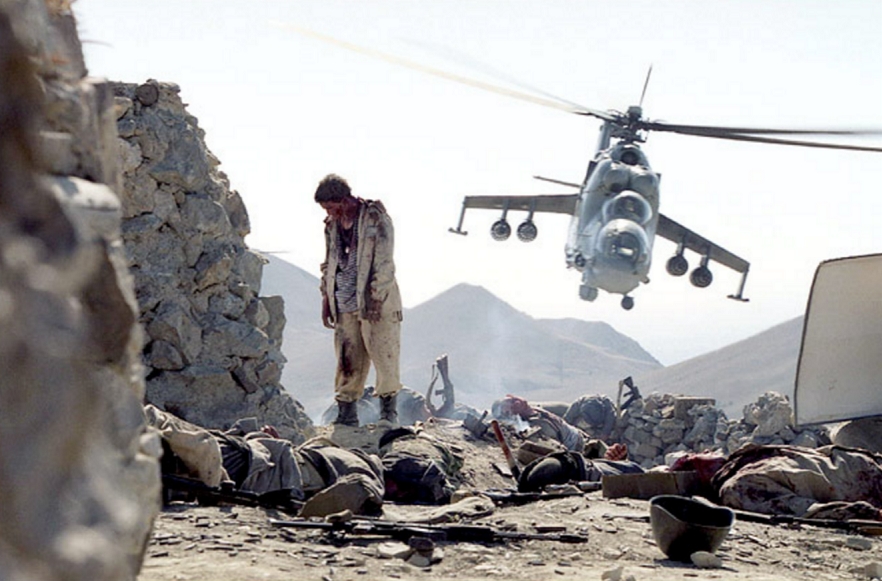 By Masud Wadan, for VT

The root cause of today’s endless conflict in Afghanistan dates back to the day when soviet forces set foot on Afghan soil, the war that sustained to drag into another century and passed to other war wagers. Following the soviet exit, the power was taken over by the most uncivilized and cruel humans of the earth, Jihadists and then Taliban who voluntarily plunged Afghanistan into ruins.

In years before 2014, a broad speculation over what might happen beyond 2014 – US forces withdrawal – was that Afghanistan would experience a boom, either in terms of security, economy or overall developments. It was predicted that with international forces indoors and Afghan security forces on war front, while peace efforts at great pace, this long-war-devastated country would phase in prosperity.

But those dreams were especially shattered when first signs of continuity of war were felt across the country. The failed war on terror gave birth to a brand new terror group “Islamic State”, compounded an already fatal insurgency that just eyes on ways to “kill and kill”.

Taliban or any rebel group’s ideology of “fighting government” is cleared “pointless”, because there is no targeting of key Afghan security authorities other than hunting down civilians, though it is not that they can’t reach “them”.

What these days has overwhelmingly engaged people is the battle against Islamic State in eastern Nangarhar province of Afghanistan.

The seeds of Islamic State in Afghanistan were first planted for a different purpose. Around 2008 under Karzai, members of Lashkar-e Islam resettled across the border in parts of peripheral districts of Nangarhar province.

The fleeing group was defying Pakistani government and even reportedly plotted deadly attacks. Pakistan was forced to set up a force to counter this group. It yielded somewhat desired outcome and suppressed the challenging group.

This move went on to lay the foundation of Islamic State in Afghanistan. It was when we were hearing about clashes between Taliban and Islamic State. It is more like a by-product force.

The first ever non-government resistance to the Islamic State’s presence and atrocities in a confined area was mobilized by an Afghan warlord Abdul Zahir Qadeer, who is also the first deputy of parliament. His anti-IS position went viral in social network and mass media, particularly when a footage released showed four IS fighter’s heads cut off the body.

They were beheaded by Zahir Qadeer’s armed personnel to avenge the relentless mass killing of locals. Although statesmen and Human Right organization slammed the act and called for investigation, it comforted the pains of not only victims and their dependents, but almost every citizen who heard about it.

A number of powerful jihadists and tycoons running million dollar massive businesses across the Nangarhar city may also stand as barrier to the advancement of Islamic State into the city. They may choose every option to ward off anything on the earth making trouble for the flow of their business. The loss is inevitable for them if Islamic State fighters make it to reach out the outskirts of the city.

On the other hand, as Russia looks around for influence as part of anti-IS battle, Zahir Qadeer and Moscow’s interests meet the same. The two sides would possibly come together to discuss the issue in question.

Russia is trying as hard to overcome the threat as President Putin’s special representative for Afghanistan Zamir Kabulov has asked UN Security Council to relax bans on Taliban. There have been media reports about Moscow-Taliban’s negotiation in Tajikistan.

The Taliban leadership it spoke to might not absolutely represent the fighters battling in Afghanistan as the core Taliban address is far beyond the reach of Moscow, but it would help the major power chalk out own road map to form or lure an anti-Islamic State rebel group.

The mentioned Russian attempts would not go quietly and away from US attention. It would be equally followed by western responsive measures. If the pace further develops, it would amount to an “alarming bell” for the west.

Peace negotiation efforts with Taliban resumed after Pakistani General Raheel Sharif’s last week visit to Kabul. Although, it is no surprising news owing to its failed and dishonest past, the U.S and China’s involvement has sparked a bit of optimism to pressure the opposite side of Afghan government.

This comes as the latest fierce fighting in Sangin district of Helmand province was believed to have erupted as a stride towards showing enormity of Taliban’s power to give them more concession in the negotiation. Some analysts had predicted the resumption of peace campaign just after or amid Sangin’s violent battle.

If this argumentative peace talk ever reach consensus, Afghan govt. would have to prepare to give up a great deal of concessions and make a grave history for the next generations. This could include abandoning of territories to the Taliban or some share in power in Kabul.

Any such deal, however, would prompt majority of nation to outrageously stand against statesmen. A massive chaos that would grow as much as to leave Afghan leaders mired in a new tragedy.

Thereby, Afghan side has to meticulously discuss the “mutual” concessions, where ours is primarily focused on long lasting truce with Taliban, yet there is no guarantee the extremism would stop even after agreement.

The fighting in Helmand persistently expands into other districts. Afghan Special Forces in an operation the other day released 59 hostages among military men and civilians. In Marjah district, Taliban has forced residents out of their homes and planted IEDs along the blacktop.

Central security authorities were criticized for lingering action to timely send reinforcements to the war front.

Pakistani media has spoken the language of Islamic State loyalist’s presence and inroad attempts in this country, a claim declined by Pakistani authorities. According to Urdu language Jang daily, Islamic State is recruiting, brainwashing and sending operatives to the fighting grounds in Afghanistan and the Middle East.

Islamic State is in stage of invisibly taking shape and therefore cannot be felt well there. Some best-selling newspapers have cautioned of Islamic State’s gaining of foothold and called on authorities to stop its expansion.

The phenomenon seems to be serious as another Urdu language “Dunya” newspaper reads “Daesh is working to secure a perpetual presence in Pakistan”. This is while “Amir Mansoor” has been named as Ameer of the group in Islamabad.

Although the ground may now only serve as “mobilization” for Islamic State and will not pose a direct threat to Pakistan, someday they may turn a “homegrown demons” for Pakistan and bother own creators.

Daesh recruiters set sights on Afghan refugees as priority. After getting trained, the recruits move to Afghanistan to fight for what they call “farce” Jihad. They get 30 to 50 thousand Pakistani rupee (300 to 500 USD) each month.

It can willingly, unwillingly carry menace of terror attacks in neighboring countries – other than Afghanistan. Saturday’s armed attack on an Indian military base in border region is citable as dire consequence. Indian media and officials put the blame on Pakistan right after the raid.