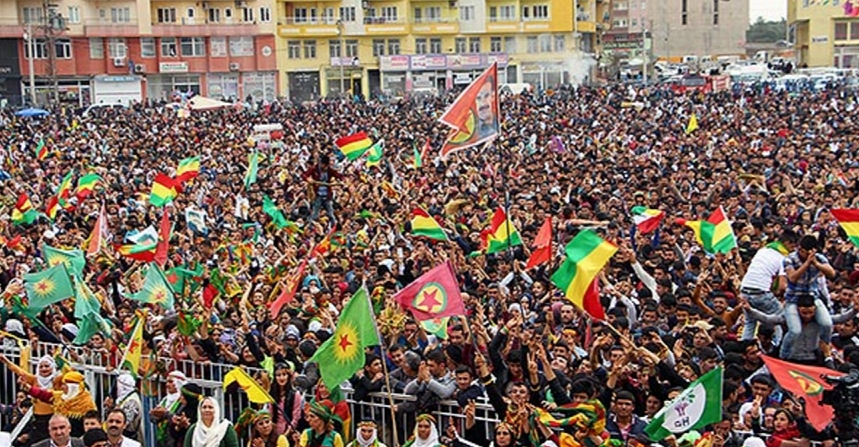 ERBIL, Kurdistan Region–In the latest row between Ankara and the Kurds of Turkey, President Recep Tayyip Erdogan has called for the lifting of immunities from Peoples’ Democratic Party (HDP) leaders to start criminal investigations against them.

Erdogan slammed the co-chair of the HDP, Selahattin Demirtas on Sunday for advocating greater autonomy for Turkey’s Kurdish regions.

“The statements of the HDP leaders are constitutional crimes. There are investigations started by prosecutors against them. These should be followed up,” Erdogan told reporters on Saturday according to Hurriyet Daily News.

“I believe the process that will start with the removal of immunities will have a positive impact on the mood of our country in fighting terrorism,” he added.

In response the HDP co-chair Figen Yuksekdag said, “bring it on.”

Given the fact that HDP politicians are members of Turkey’s parliament they are entitled to immunity from such investigations.

Erdogan however has sought to lift that immunity for the HDP under the pretext that they are linked with the Kurdistan Workers Party (PKK) and have violated the constitution by openly advocating autonomy on behalf of Turkey’s Kurdish minority.

“They should pay a price for it,” the president declared, “I believe that the lifting of immunity of those against who the cases have been initiated will help the atmosphere in our country in the fight against terrorism in a positive way. We cannot accept statements calling for the country to be broken up. We will never agree to a state within a state.”

Breaking the Silence: Turkish Leadership Waging a War Against Its People
Turkish government is waging a war against its own people, deploying tanks against civilians, MP says.
Erdogan’s Anti-Kurdish Campaign Threatens to Engulf Turkey in Civil War
On January 3, a rally held by pro-Kurdish activists in Istanbul ended in clashes with the police; numerous protesters were arrested by the authorities, according to RT.The protesters gathered to express their dissatisfaction with the government’s heavy-handed activity in the southeastern part of the country, which is populated predominantly by Kurds. The Turkish military has launched a so called ‘anti-terrorist operation’ in that region, having deployed about 10,000 servicemen supported by armored units and attack helicopters.

About 100 civilians have already been killed during this campaign, according to media reports.

Turkey to Continue Struggling in 2016 With Kurd Conflict, Economic Issues

President Erdogan also accused Selahattin Demirtas, co-chairman of the People’s Democratic Party, of committing a constitutional crime after the latter reportedly advocated granting more autonomy to the restive region in hopes of resolving the conflict peacefully.  Demirtas and his colleague, Figen Yuksekdas, are currently facing an investigationlaunched by the Chief Public Prosecutor’s Office in Diyarbakir for “inciting people to revolt,” “propaganda for a terrorist organization” and “attempting to disrupt the unity of the state and the country”.All in all, the situation in the country continues to deteriorate, according to Feleknas Uca, a Turkish MP of Yazidi descent representing Diyarbakir, and member of the HDP.

“I’m currently in the city of Diyarbakir, where the police are using tear gas against civilians every day. There are dead bodies lying in the streets,” she told RT. “A 16-years old kid was killed only a few days ago. The families of the victims went on a hunger strike in protest.”

Uca said that the Turkish government must put an end to these reprisals against civilians, and that Europe should provide assistance in that matter.

“This country wants to join the EU, while Europe wants Turkey to become a safe place for the refugees. But when a government deploys tanks and armed forces against its people, I call it a war. This is why I call upon Europe to break the silence. The people must open their eyes to what’s happening here, to see how civilians are being killed,” she said.