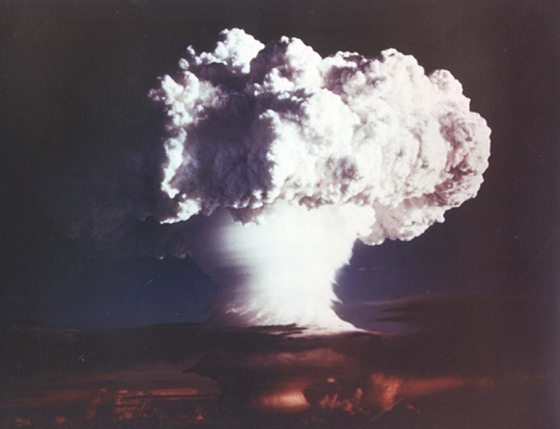 North Korea announced a successful test of a hydrogen bomb in a special statement broadcasted by the country’s central TV and South Korean TV channels.

According to the statement, Pyongyang claimed the reason for the test was the country’s right for “self-defense,” and promised not to use nuclear weapons if the international community respects its sovereignty.

Pyongyang also said that it was ready to continue with actively developing its military industry and nuclear weapon in case of possible threats.

​Earlier, South Korea claimed that North Korea might have conducted a nuclear test on Wednesday, which caused an earthquake in the country.

​South Korea’s weather service reported that the earthquake was of an “artificial nature.”

The USGS say that the earthquake was of 5.1 magnitude with the epicenter located in Pekam county, in Yangkang province.

In 2003, Pyongyang withdrew from the international Nuclear Non-Proliferation Treaty (NPT), a deal that was intended to prevent the spread of nuclear weapons manufacture and possible use.

The official data on the country’s nuclear program has not been released, and research on the issue is based on external observations and reports made by North Korean authorities.

In December, North Korean leader Kim Jong Un said the country had a hydrogen bomb and was ready to use it to “protect its sovereignty and national dignity.”

The South Korean meteorological agency and Japan’s Ministry of defense reports that the earthquake on Wednesday in North Korea may be artificial and caused by a nuclear test.

The South Korean government has convened an emergency meeting over the issue, YTN television reported.
South Korea confirmed that North Korea may announce a nuclear test in 06.30 MSK, the Yonhap agency reported.

The US Department of defense is investigating the earthquake data.

Tokyo admits the likelihood that North Korea might have conducted a nuclear test on Wednesday, which caused an earthquake in the country, Yoshihide Suga, Japan’s Chief Cabinet Secretary said.

“Judging by the past experience, we are now considering the possibility of North Korea’s nuclear test,” Suga told reporters.

South Korean sources reported that the earthquake occurred near the town of Kilchu.

“North not previously notified the United States and China on the nuclear test.”

In 2003, Pyongyang withdrew from the international Nuclear Non-Proliferation Treaty (NPT), a deal that was intended to prevent the spread of nuclear weapons manufacture and possible use.

The official data on the country’s nuclear program has not been released, and research on the issue is based on external observations and reports made by North Korean authorities.