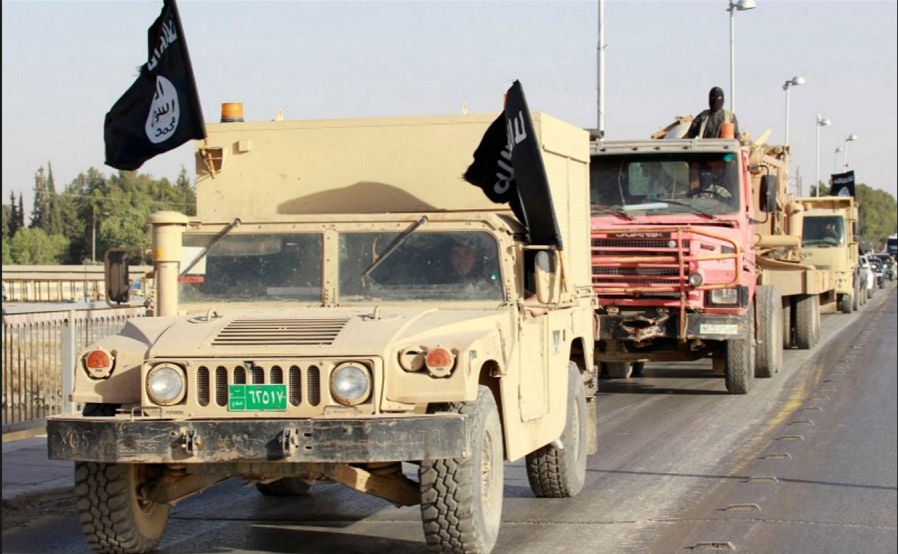 Uruguay’s Permanent Representative to UN Elbio Rosselli, who is presiding over the UN Security Council in January, added that the meeting would take place behind the closed doors

TASS/. The United Nations Security Council will discuss delivery of weapons from Turkey to Syria on Tuesday at Russia’s request, Uruguay’s Permanent Representative to UN Elbio Rosselli, who is presiding over the UN Security Council in January, told journalists on Monday. He added that the meeting would take place behind the closed doors.

“Yes. The question of delivery of (weapons) across the Turkish-Syrian border will be raised tomorrow (Tuesday) as part of the general discussion. The consultations will take place at Russia’s request,” the diplomat told TASS.

According to Rosselli, Jeffrey Feltman, the United Nations Under-Secretary-General for Political Affairs, is to deliver a report. In December 2015, Vladimir Safronkov, Russia’s Deputy Permanent Representative to the United Nations, said that Moscow was extremely concerned with the ongoing arms supplies to Syria and the penetration of terrorists into the country via the U.N.-monitored checkpoints at which U.N. observers are supposed to check the relief cargoes.

Safronkov said that Russia had suggested applying the U.N. monitoring mechanisms to all the cargoes bound for Syria, including those declared as relief cargoes.

However, the United Nations Security Council ignored the Russian initiative as it was preparing Resolution 2258, which authorizes the delivery of relief cargoes to the conflict-stricken areas in Syria directly from the territories of neighbouring countries until January 10, 2017.

Turkish Armed Forces have rendered immediate assistance to terrorists in Syria, for instance, by providing artillery cover to the terrorist units crossing the border, the Syrian ambassador to the UN, Dr. Bashar Ja’afari said in a letter to the Security Council that was made public on the UN website.

“Since 2011, an unprecedented terrorist war has been waged against the Syrian Arab Republic by armed terrorist groups, the members of which come from more than 100 countries,” Dr. Ja’afari said. “Those groups are being provided with funding, weapons, materiel and logistical support by States and regimes from the region and beyond.”

The most prominent among them “is the Erdogan regime that rules Turkey.” “That regime has not been content to merely support terrorism and various terrorist groups, particularly Islamic State in Iraq and the Levant (ISIL),” the letter said. “Indeed, its armed forces have been involved in military operations in support of ISIL and other terrorist groups.”

Dr. Ja’afari indicated that Ankara’s interference in Syrian internal affairs “has taken on many forms over the course of the crisis, including the direct participation of the Erdogan regime’s armed forces in offensive military operations in support of terrorists.”

“Those forces have also provided covering fire for the terrorists’ movements inside Syrian territory or along the Syrian-Turkish border, in order to facilitate the infiltration of terrorist mercenaries from Turkish territory into Syrian territory,” the letter said.

Dr. Ja’afari accused President Erdogan of dreams “of reviving the Ottoman colonial legacy.” As a proof of this, the ambassador said Erdogan had began raising the issue of protection of the persons of Turkish extraction several years ago regardless of the fact that they might be citizens of sovereign nations.

“The Turkish regime’s crimes have been directed against not only Syria (…) but also against Syrian refugees in Turkey who have fled from the tyranny and terrorism of such organizations as ISIL, the Nusrah Front, the Army of Conquest, and the Islamic Front, which the Turkish government hosts in Turkish territory,” the letter said. “Those refugees have to contend with the even more cruel tyranny and terrorism of gangs that engage in human trafficking with the knowledge and direct involvement of the Erdo·an regime’s agencies and institutions,”

Dr. Jaafari said. He described the November 24 downing of a Sukhoi-24M bomber in the skies over northern Syria by the Turkish Air Force as “a stab in the back of the heroes who are combatting the terrorism of ISIL.”

“Erdogan’s accusations that the Russian Air Force violated Turkish airspace as it was supporting the operations of the Syrian Arab Army against armed terrorist groups, and his persistence in making those accusations, are nothing but a futile attempt to create confusion, fabricate facts and cover up his regime’s involvement in the smuggling of stolen Syrian oil by ISIL into Turkey and the smuggling of weapons and materiel by Turkey to terrorists in Syria,” Dr. Jaafari wrote. “I should be grateful if the present letter could be circulated as a document of the Security Council,” he said in conclusion.