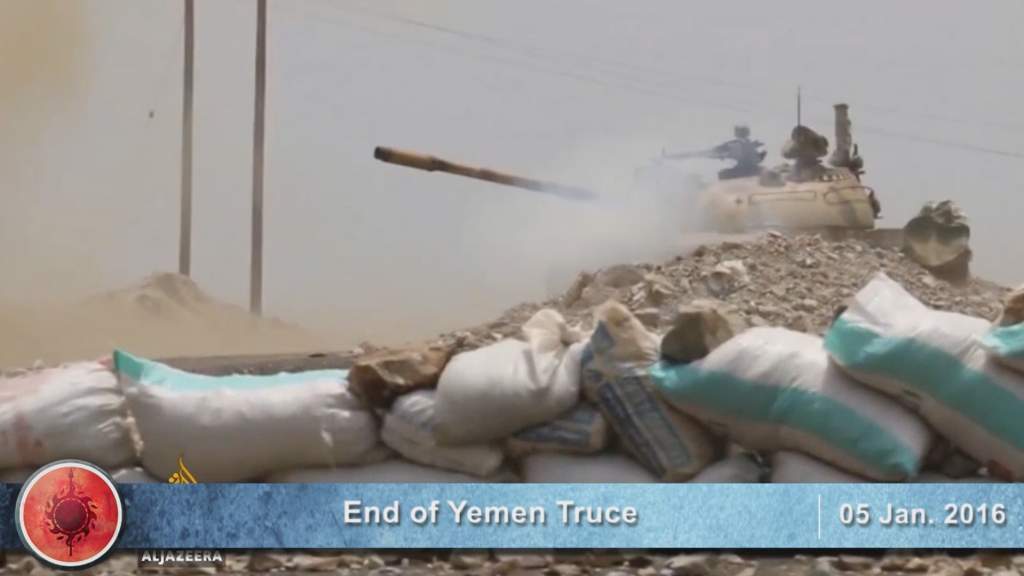 On January 2, Saudi Arabia officially declared the end of a shaky truce brokered by the United Nations that was meant to end the war on Yemen. Since the ceasefire took effect, it was violated almost on a daily basis, with Yemenis and Saudi Arabia blaming each other for the breaches. The announcement is a major setback to attempts for peace.

The Saudi-backed government has declared a nighttime curfew, starting Monday, in the key southern port city of Aden in a bid to push back against recent incursions by Al Qaida and other Islamist militant groups. According to the Aden governor, Aidarous Al Zubaidi, the curfew will be in place for an unspecified period. We remember, the militant groups have strengthened their presence in the city as a part of the anti-Houthi forces.

UN Secretary General Ban Ki-moon has said Saudi Arabia’s severing of diplomatic relations with Iran is “deeply worrying.” UN spokesman Stephane Dujarric told reporters on January 4. Dujarric said that the UN chief called on the Iranian and Saudi foreign ministers to avoid any move that could further exacerbate the situation between the two countries and in the region as a whole. However, it’s hardly possible amid the ongoing escalation.
South Front