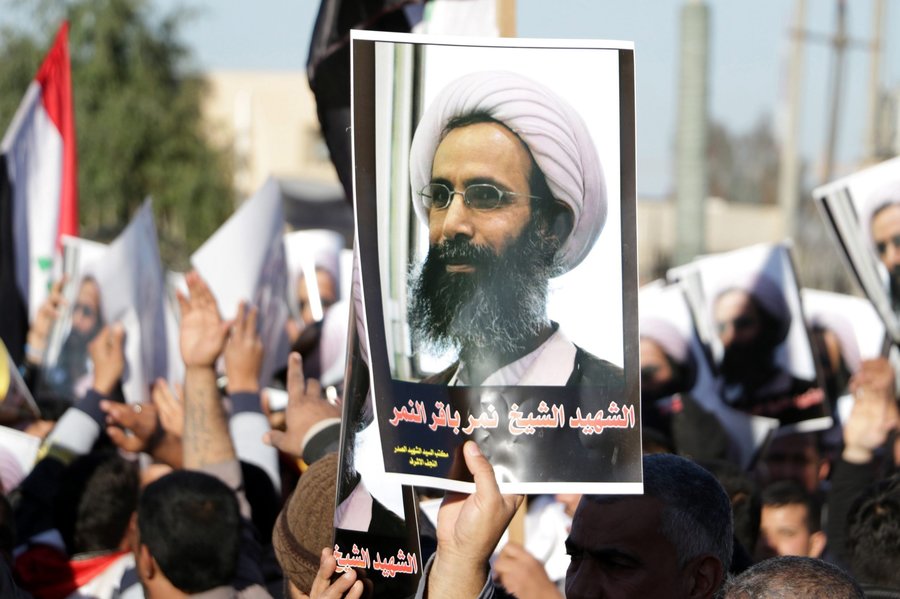 [ Editor’s Note: I did a lead news interview for Press TV on this topic tonight. While we can assume it is true that the US warned the Saudis of the obvious, that was no big deal. Today the Saudi memo was leaked, putting all the security orgs on notice to expect a substantial backlash, but I feel that is just what they wanted. But why now?

The Saudis had to have a big reason to roll the dice on killing Sheikh al-Nimr. I can think of a couple, starting with they were desperate to get media attention off their being state sponsors of terror. Another might have included some payback to Iran for its helping the Syrians in killing King Salman’s dream pipeline through Northern Syria.

And there are suspicions that there are some obvious parties that want to push up the price of oil, as they desperately need to, and would do almost anything to get it. It’s a nasty world, and some terrible things have been done by states for the good of the majority… Jim W. Dean ]

The US government says it had previously warned Saudi Arabia about damaging consequences that would follow the execution of Shia cleric Sheikh Nimr al-Nimr.

“There have been direct concerns raised by US officials to Saudi officials about the potential damaging consequences of following through on the execution, on mass executions, in particular, the execution of” al-Nimr, White House spokesman Josh Earnest said on Monday.

“This is a concern that we raised with the Saudis in advance, and unfortunately, the concerns that we expressed to the Saudis have precipitated the kinds of consequences that we were concerned about,” Earnest added.

The Saudi Interior Ministry announced Sunday that al-Nimr, a critic of the Riyadh regime, has been put to death along with 46 others on charges of “terrorism” and adopting a “Takfiri” ideology.

Sheikh Nimr’s execution has drawn strong public and political reactions from Iran and several other countries. The monarchy, however, has rejected all the criticism, accusing critics of meddling in its internal affairs.

In Iran, demonstrations were held in front of the Saudi embassy in Tehran and its consulate in the northeastern city of Mashhad by angry protesters, censuring the Al Saud family for the killing of the top cleric as part of a crackdown on Shias mostly residing in the kingdom’s Eastern Province.

Following the demonstrations, Saudi Arabia announced severing of diplomatic relations with the Islamic Republic, noting that its diplomatic mission and related entities had 48 hours to leave the country.

Earnest said that Washington is concerned about the mounting tensions between Tehran and Riyadh, urging the two countries to help resolve the issue.

“We do continue to be concerned about the need for both the Iranians and the Saudis to de-escalate the situation. We are urging all sides to show some restraint and to not further inflame tensions that are on quite vivid display in the region,” he stated.

He said US Secretary of State John Kerry and his Iranian counterpart Mohammad Javad Zarif had been in touch over the matter. Also, he noted, the US diplomatic officials had had contact during which Washington’s message was conveyed.

Also on Saturday, John Kirby, a spokesman for the US State Department, called on Saudi Arabia to have fair judicial proceedings and respect human rights.

He said the United States maintains that the Saudi government should allow peaceful expression of dissent and cooperate with all community leaders to defuse tensions.