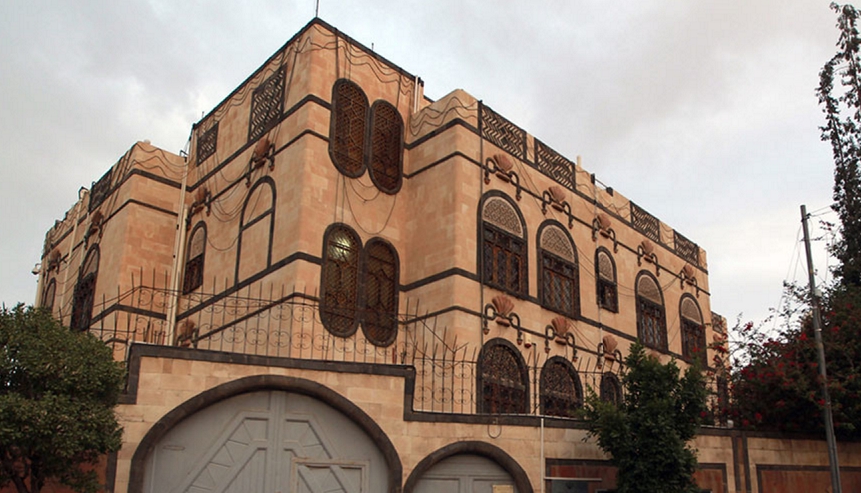 Iranian embassy in Sanaa. © Mohammed Huwais / AFP
–
Iran has accused Saudi Arabia of using warplanes to attack the Iranian embassy in the Yemeni capital Sana’a. Some guards were reportedly wounded in the attack, according to state news channel IRIB. The Saudi-led coalition fighting in Yemen says it will investigate the accusation, according to coalition spokesman Brigadier General Ahmed Asseri, as cited by Reuters.
–

Asseri acknowledged that coalition jets carried out heavy airstrikes in Sana’a on Wednesday night, targeting missile launchers used by the Houthi militia. He added that the group has used civilian facilities, including abandoned embassies.

He said the coalition had requested that all countries supply the coordinates of their diplomatic missions, adding that accusations made on the basis of information provided by the Houthis “have no credibility.”

It comes as Iran bans the import of all products made in Saudi Arabia. The decision was made Thursday in a cabinet meeting chaired by President Hassan Rouhani, according to Iranian student news agency ISNA.

The Saudi-led coalition, which is supported by the US, is targeting Houthi rebels aligned with former President Ali Abdullah Saleh, who resigned in 2012 following a popular uprising against his rule.

The coalition has been heavily criticized for the way it conducts its airstrikes, and was accused of attacking a center for the blind in Yemen on Tuesday. It was also blamed for hitting a Doctors Without Borders hospital in Sanaa in December.

The instability in Yemen began during the Arab Spring protests in 2011. In 2014, Houthi Shiite rebels supported by pro-Saleh forces rose up and seized large territories in Yemen, including Sanaa.

Tehran – Iranian Deputy Foreign Minister says the Islamic Republic is set to submit a report to the United Nations over the Saudi air raid on Tehran’s diplomatic mission in the Yemeni capital, Sana’a.

On Thursday, Iranian Deputy Foreign Minister for Arab and African Affairs Hossein Amir-Abdollahian said the overnight Saudi raid on the Iranian embassy has seriously wounded one of the security guards at the scene.

“In the coming hours, we are set to inform the United Nations on the details of this issue in an official report,” said the Iranian diplomat.

Saudi fighter planes on Wednesday’s night targeted Iranian Embassy in Sana’s by rocket. A part of the embassy’s wall was damaned by rockets’ shrapnels.

‘The intentional act of the Saudi government was a violation of all international conventions and regulations about protecting the security and safety of diplomatic missions in all situations,’ said the spokesman.