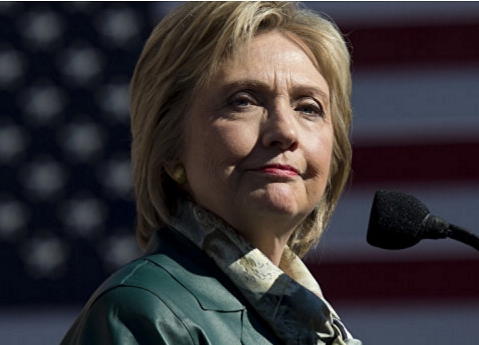 Sputnik News has politically savvy American staffers and should know better.  The article cited is another case where organizations like Press TV, Russia Today and Sputnik, among the last remaining potential real news organizations, are pushed into idiocy by incompetence.

Over the past few slow news days, Sputnik, an independent Russian news organization occasionally chastised by Putin for being “out of line,” has carried little but time wasting and droll propaganda extolling the virtues of Russia over the US.  Little more could be done by an English language publication to discredit itself.  The problem is, Sputnik is, for the most part, quite an excellent organization.

Where they and others fail is by, as in this case, turning to people like Joe DiGenova, a “former US attorney.” In actuality, he had a short appointment at a minor level and has, since, been running around like a nutcase, on wingnut talk shows.

The craziness began years ago when Rush Limbaugh claimed that Hillary dressed up as a ninja and strangled former White House assistant Vince Foster on the White House lawn.

DiGenova, a paid shill of the GOP, was burned for his role in fabricating stories on Benghazi.  A thorough VT investigation on the ground in Libya showed that the GOP itself, organizations like PJ Media, which often features DiGenova, helped plan the Benhghazi raid.

We traced the initial cover broadcast to PJ Media, funded by the extremist Heritage Foundation. We found UAE operators there with radio jammers supplied by L3 Communications, and tied it all to PJ Media and Terry Jones who we discovered had a 12 year history with the CIA in Germany as a Gladio operative.

DiGenova’s stories, like this one were all made up. We can’t entirely blame Sputnik, they got the story from a British tabloid.

What they don’t realize is that DiGenova and “Laura Ingram,” another “nothing” idiot, are Russia haters. Sputnik gets in enough trouble telling the truth without mistakenly aligning with hoaxters from the paid right who would nuke Moscow in a New Jersey minute.

VT has a standing offer to explain to the Iranian and Russian press, 24 hours a day, whose quotes they are carrying and when they fall for fabricated stories.  The need to America bash has driven Press TV and Russia Today to a much lesser extent to align with powerful anti-Russian and anti-Iranian groups who hate Obama because he doesn’t hate Iran and Russia enough.

Only so much dumb is allowed.  Read the story below, all made up, every word of it as is the second referenced story about the FBI as well, a “two-fer” of dumb:

A Republican US attorney appointed by President Reagan has suggested that Democratic presidential frontrunner Hillary Clinton may face a criminal indictment in the next 60 days.

Joe DiGenova took to the radio on Tuesday to speak about the email scandal plaguing the former secretary of state on the Laura Ingraham Show. He said the potential for indictment is Clinton’s “biggest problem right now.”

“They have reached a critical mass in their investigation of the secretary and all of her senior staff,” DiGenova said. “And, it’s going to come to a head, I would suggest, in the next 60 days.”

FBI Director James Comey has remained tight-lipped about the investigation into whether Clinton and her staff mishandled classified information on a private email server during her time as the US’ top diplomat.

“It’s going to be a very complex matter for the Department of Justice, but they’re not going to be able to walk away from it,” DiGenova said. “They are now at over 1,200 classified emails. And, that’s just for the ones we know about from the State Department. That does not include the ones that the FBI is, in fact, recovering from her hard drives.”The Clinton campaign insists the investigation is not criminal in nature, and the FBI has yet to interview the presidential candidate about the issue.

DiGenova explained that the decision on whether or not to indict will fall on Attorney General Loretta Lynch, and will be very complicated politically.

“I believe that the evidence that the FBI is compiling will be so compelling that, unless [Lynch] agrees to the charges, there will be a massive revolt inside the FBI, which she will not be able to survive as an attorney general. It will be like Watergate. It will be unbelievable,” DiGenova said.”