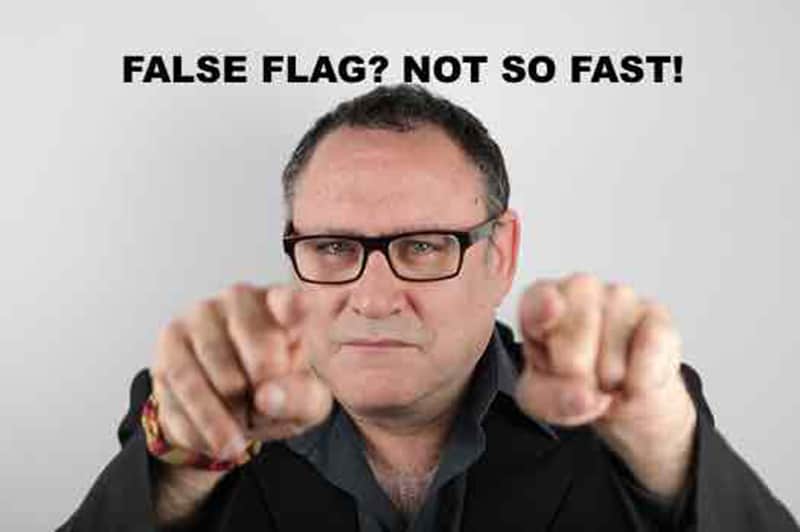 Has the false flag paradigm shift already happened? Are there so many people immediately assuming that big terror events like Paris 11/13/15 and its apparent San Bernadino sequel are false flags that we’re failing to even entertain the possibility that there could be REAL “terrorists” out there…who are trying to tell us something?

That’s pretty much what Gilad Atzmon argues in his article “False Flag? Reflections on Speculation, Certainty, and Resistance,” just published in the brand-new book  ANOTHER French False Flag? Bloody Tracks from Paris to San Bernardino.

I don’t quite buy it. But I’m willing to hear Gilad out. He’s one of the most original and provocative minds of our time, and whether or not you agree with him, you have to admit he’s thinking for himself, and not buying into anybody’s prefabricated orthodoxy.