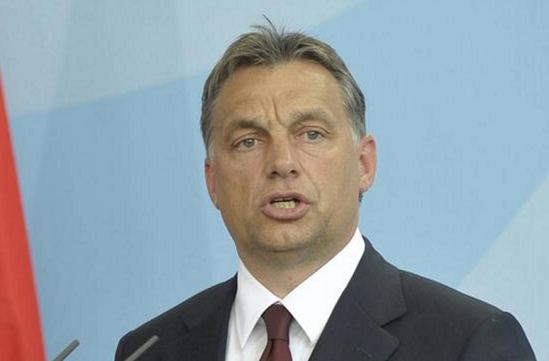 As the European Union piles pressure on Poland’s new conservative government over concern of a democratic backslide, Warsaw found support from Hungary, whose leader Viktor Orban has long been a thorn in Brussels’ side.

Since returning to power in October after eight years in opposition, Poland’s Law and Justice (PiS) party has hastily pushed through a controversial media law and constitutional changes that critics say undermine the independence of two key foundations of democracy.

PiS leader Jaroslaw Kaczynski, who is neither premier or president but is believed to pull the strings behind the scenes, has praised the wily Orban, who since becoming Hungarian prime minister has systematically set out to undermine democratic checks and balances on his control.

Orban has been criticized in Brussels for a power grab that has curbed the press and judiciary.

Now the EU and observers are concerned Poland could be taking a page from Hungary’s playbook.

A visit by Orban to meet with Kaczynski on Wednesday was widely viewed in the Polish press as an opportunity for the PiS leader to learn how to resist pressure from the EU.

Polish Foreign Minister Witold Waszczykowski said that while he did not know what Orban and Kaczynski discussed, he would “like to learn from Hungary’s experience in its dealings with the EU.”

Next week the European Commission, the EU’s executive body, is set to debate rule of law in Poland amid suggestions by some top officials that the bloc could impose punitive actions on Warsaw for its digressions.