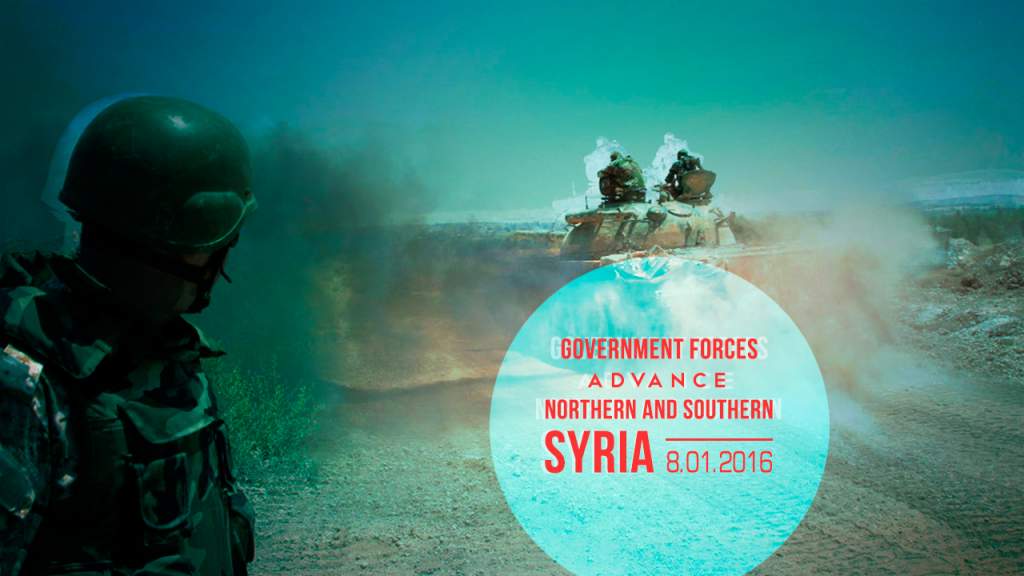 The Syrian Arab Army (SAA) and its allies have secured the village of Najarah in the Aleppo province after 8 days long clashes with ISIS militants there. Now, the Syrian forces are advancing north in the Ayishah direction.

The pro-government forces are clashing with ISIS along the Palmyra-Homs Highway in the Homs province. On Jan.7 the SAA and the National Defense Forces (NDF) supported by Russian warplanes seized the village of Al-Bayarat pushing the terrorists units to retreat towards Palmyra. Separately, the SAA entrenched in the western countryside of Palmyra in preparation for a full-scale offensive. The clashes between the loyalists and terrorists were also observed at the village of Al-Dawa.

Last week the SAA with significant support of the Russian Airspace Defense Forces began major operations in the provinces of Daraa and Quneitra. The military operations in the south focus on the town of Sheikh Miskin located at the M5 highway. Militants seized Sheikh Miskin in January 2015 and from there have been threatening the government’s logistical corridor that runs from Damascus to Daraa.

Initially, the SAA took control of the northern parts of the town and its outlying bases, but the militants’ counterattacks led to difficult urban fighting. According to the reports, the Syrian forces lost a considerable number of military equipment. But the terrorists have also suffered heavy casualties. Separately, the SAA is advancing to take control of the town of Nawa, located west of Sheikh Miskin.