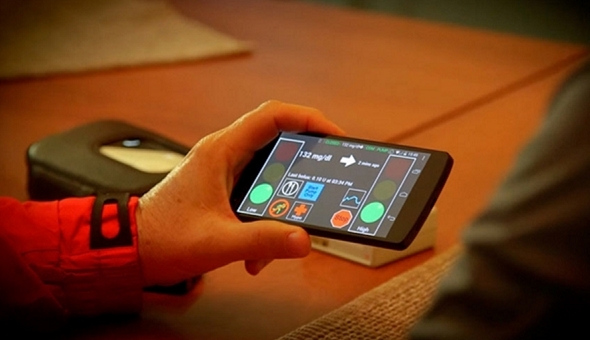 TEHRAN (FNA)- An artificial pancreas may soon be as close as your smartphone, as researches prepare to begin final clinical tests for a device that would ease the burden of type 1 diabetes.

The device one can automatically measure sugar levels and support insulin delivery.

After 183,708 hours of clinical trials since 2008 and 20 years of research, the University of Virginia School of Medicineis bringing its brainchild to nine locations across the US and Europe to try it on 240 patients.

The device’s name, “InControl,” means exactly that: it can control everything people with diabetes need and – at least currently – have to do manually.

This smartphone-based “artificial pancreas” will automatically control sugar levels every five minutes and report results to the app. It will analyze the data and if, needed, adjust insulin levels via a small, wearable insulin pump. The app’s algorithm is linked wirelessly to both the blood-sugar monitor and the pump, as well as a remote-monitoring site.

“It runs on a five-minute cycle and takes information from these devices and calculates the next best option for the patient pretty much any point in time,” said Chad Rogers, the CEO of TypeZero Technologies, which has licensed and refined the technology.

The whole system is also very discreet. The monitor is as tiny as a flash drive and can be worn anywhere on the body. The pump, equipped with a needle as thin as a bee-stinger, can be hooked anywhere on an individual’s clothes and will deliver insulin to the patient’s blood stream when necessary.

The final clinical tests of InControl are expected to start early this year.

“To be ultimately successful as an optimal treatment for diabetes, the artificial pancreas needs to prove its safety and efficacy in long-term pivotal trials in the patient’s natural environment,” Dr. Boris Kovatchev, PhD, who leads the research, said. “Our foremost goal is to establish a new diabetes treatment paradigm: the artificial pancreas is not a single-function device; it is an adaptable, wearable network surrounding the patient in a digital treatment ecosystem.”

The second phase, also half-a-year long, will involve 180 of the 240 patients, who will test the Harvard University-developed algorithm. This will help researchers see if it needs to be perfected.

However, interested diabetics shouldn’t hold their breath just yet. The researchers hope to have the trials complete in four years, according to Ars.