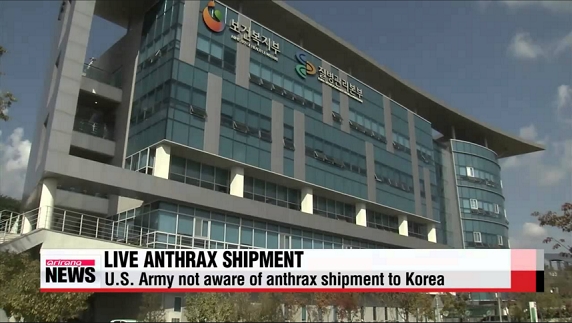 A recent article in The Wall Street Journal, which stated that in preparations for the NATO exercises in Europe an American Hellfire missile was mistakenly delivered to Cuba in 2014, can hardly surprise anyone. It matters little that this accident happened two years ago, it just seems that the world is getting accustomed to  “mistakes” being routinely committed by the US Department of Defense and the US intelligence services, who have been sending their “deadly gifts” across the world for decades.

We have already witnessed the US military “accidentally” droppingweapons crates to ISIL (Islamic State) militants, they have allegedly been fighting.

Then Reuters told us that the Pentagon has been “mistakenly” sending live samples of anthrax to South Korea, Australia, Canada and other countries, along with dozens of biological laboratories across the US. However, in July 2015 the German Bild magazine, citing letters received by the German Embassy in Washington from US armed forces personnel, noted that the use of anthrax during United States military exercises is pretty commonplace. For instance live anthrax has been used to simulate a biological attack in the German city of Landstuhl three times already, back in 2007, 2009 and 2010. The magazine stated that US soldiers encountered numerous “problems” in the neutralization of the virus, which might result in “some spores remaining active.”

However, such “deadly gifts” can end up infecting people in numerous countries and regions across the globe, that the Pentagon and US intelligence agencies have been using to deploy their secret biological facilities. In particular, back in 2006 it’s been officially reported that there’s over 400 biological laboratories that were set up using taxpayers’ money. There is no public announcement as to what “research” is being conducted in these highly classified facilities. Now, the US satellite states along the Russian border, namely Ukraine, Azerbaijan, Armenia, Georgia, Kazakhstan are being used to house similar laboratories. In addition, there’s Afghanistan, Uzbekistan, Kyrgyzstan, Pakistan, Burundi, Kenya, Uganda, India, Iraq, Tanzania, South Africa and other countries on this list. The total cost of maintaining such laboratories back in 2012 amounted to 60 million dollars. But what’s even more curious is that the population of the above mentioned states is oblivious to what projects are being carried out by the Pentagon on their soil, and that the United States through an “unfortunate mistake” can unleash a deadly virus upon thepopulations of these countries.

As it has been evidenced by the Georgia and the World magazine, one of these numerous US secret biological laboratories is being deployed in Tbilisi and it’s named after US Senator Richard Lugar. It has been specially placed outside the United States to circumvent the Convention on the Prohibition of Biological Weapons, as The United States has no legal right to carry out studies of dangerous biological agents that could be used as biological weapons within the United States. However, this fact doesn’t prevent deadly biological experiments run by Pentagon from being conducted across the globe and the active expansion of a network of secret biological laboratories outside of the US.

Under these circumstances, could the statement by Microsoft’s founder on the need to reduce the population of the planet made at a closed conference in Long Beach in 2010 be a coincidence? Bill Gates is convinced that there’s an urgent need to murder up to 10-15% of Earth’s population through the use of different vaccines, which constitutes a billion innocent people.

It took only five years after the conference for Bill Gates to formulate a grim prediction in his interview to Vox that was published on May 27, 2015. In this interview he predicted the death of 33 million people to different pandemic diseases. He specified that he has assembled “a team of researchers”, that were tasked with calculating the possible outcome of the spread of a disease such as the Spanish flu for 250 days around the world. Of course, it’s impossible to assume that such “expert groups” are being assembled without the Pentagon and US intelligence agencies knowing about it. It will also be reasonable to assume that such a “study” was conducted to cater to the personal preferences of the American billionaire. Therefore, it’s safe to assume that he has been entrusted for such a mission by certain circles in the United States long before he actually gave the interview in question.

However, one could even find nuclear weapons among the “deadly gifts” given by the US, which in recent years the Pentagon has been actively supplying to its military bases across the world. At the same time one should keep in mind that over the last 50 years under different pretexts the US army has “accidentally lost” more than a dozen nuclear bombs. For example, in 1968 the Pentagon published a list of accidents with nuclear weapons, which stated that in the period from 1950 to 1968. there were 13 major accidents. The list that was released in 1980 stated that there has been 32 accidents. At the same time, the documents released by the US Navy in accordance with the Freedom of Information Act stated that there were 381 accidents involving nuclear weapons in the period between 1965 and 1977.

As it turns out, it’s not that difficult after all to “lose” a nuclear device as it might have seemed. According to nuclear weapons expert and the director of the Berlin Information center for Transatlantic Security, Otfried Nassauer, the absolute majority of nuclear devices have been lost in plane crashes that took place over oceans. According to Nasser, the four main routes that run over Greenland, the Spanish Mediterranean, Japan and Alaska are covered with lost nuclear devices that will be “deadly gifts” for our children.

Under these conditions it is only natural to wonder why such “deadly gifts” are being sent across the world by the United States without any form of consequences to follow?