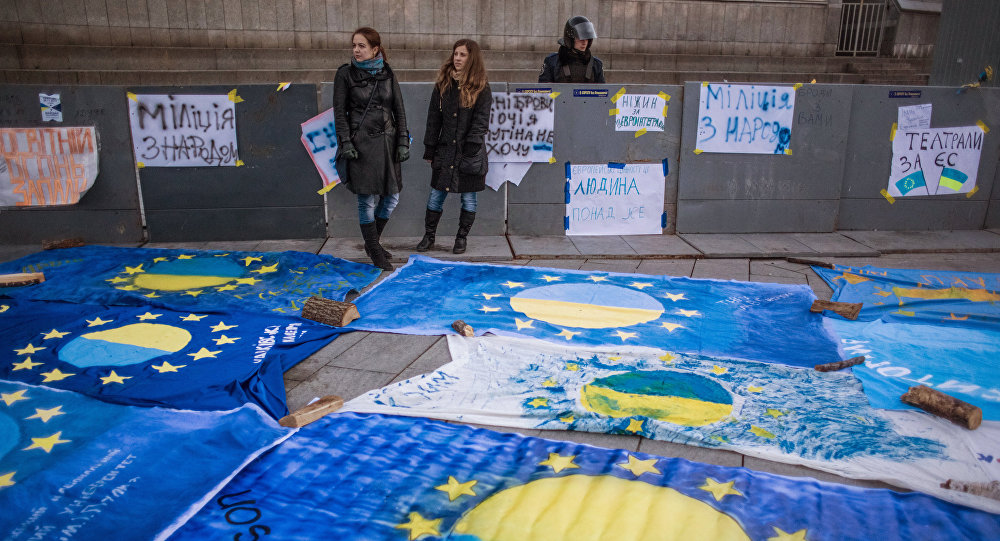 Asking Dutch voters to not make the upcoming referendum on Ukraine’s association with the EU a “referendum on Europe,” EU Commission chief Juncker said they must act as “European strategists.”

The Dutch vote on Ukraine’s association agreement with the European Union threatens a “continental crisis,” the European Commission President Jean-Claude Juncker told the Netherlands’ NRC Hanelsblad newspaper in an interview.

The Netherlands is due to hold an advisory referendum on the association agreement in April. Over half of recently polled Dutch voters said that they would vote against Ukraine’s association with the EU.

“As far as I can see, the Commission is not a very popular institution in the Netherlands. But as people go to the polls, the Commission has to say what is of European importance. I want the Dutch to understand that this issue transcends the Dutch interest. I sincerely hope that they are will not say ‘no’ for reasons that have nothing to do with the treaty itself. Let’s not turn the referendum into a referendum on Europe,” Juncker said.

Immediately after asking to not make the vote a “referendum on Europe,” Juncker asked Dutch voters to act as “European strategists.”

“I have no criticism of the political system in the Netherlands, or on this opportunity to speak out, but I am saying: watch out, this could change the balance in Europe. Without threatening the citizen, he must be made aware of his responsibility. So the Dutch voter must act on April 6 as a European strategist. He must realize that he is in Europe. Each of us is Europe,” Juncker added.

Dutch Prime Minister Mark Rjutte said in November that the country’s government would consider the referendum’s results in its decision when it comes to the association agreement with Ukraine.