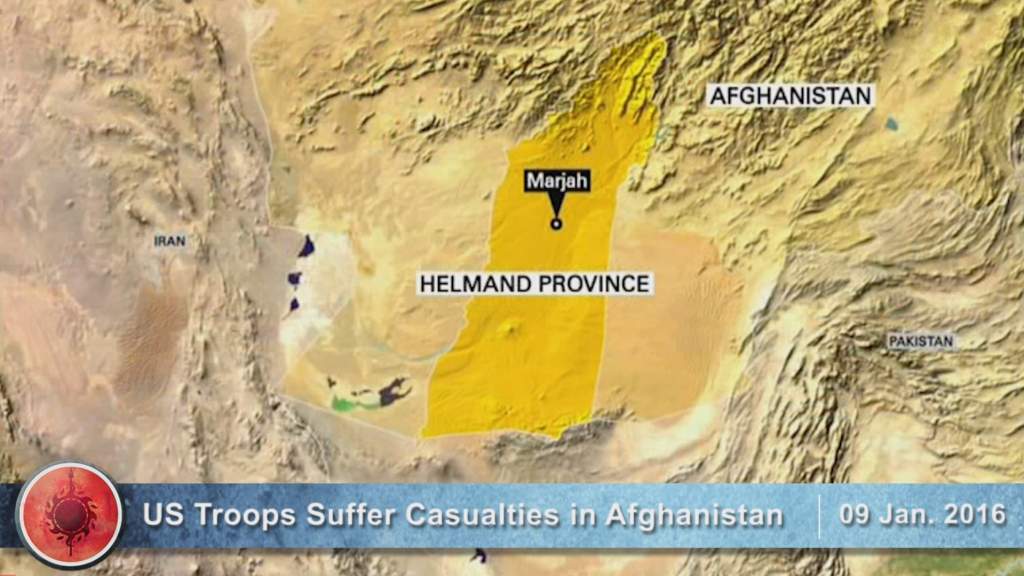 One special operations soldier was killed in action and two servicemen were wounded while fighting the Taliban in Southern Afghanistan on Tuesday.

An American quick reaction force consisting of dozens of U.S. military infantry forces had arrived Marjah in Helmand province to guard a damaged Blackhawk helicopter and evacuate the crew. The Taliban in recent weeks have focused on retaking parts of Helmand, and the U.S. has countered with special operations forces working with Afghan troops.

Saudi warplanes have ‘deliberately’ bombed the Iranian embassy in Yemen and wounded its staff, Iran’s foreign ministry spokesman, Hossein Jaber Ansari, said on Jan.7. According to Teheran, Saudi warplanes targeted the Iranian embassy’s building in the Yemeni capital Sana’a on Jan.6. Iran has prepared a report to the United Nations over the Saudi air raid on Tehran’s diplomatic mission.

At least 75 ISIS members were killed when Iraqi planes bombed the terrorist group’s positions west of Tharthar in province of Anbar on Wednesday, the Iraqi National Security Service said in a statement. Separately, government forces and tribal fighters have reportedly captured several senior Daesh members during an operation in the town of Barwanah northwest of Baghdad.

Several women were robbed and sexually harassed in Austria and Switzerland, on New Year’s Eve, and there have been about many similar cases also reported in Hamburg and other German cities with the victims saying that they had been robbed, groped and molested by groups of “dark-skinned men.”

The attacks in Salzburg and Zurich were reported within hours of similar assaults in Cologne.