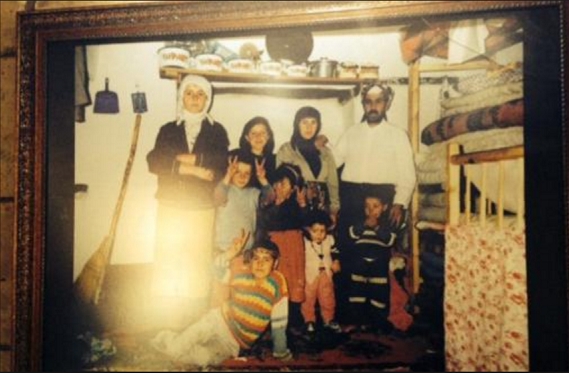 ERBIL, Kurdistan Region—In 1993 and at the peak of daily confrontations between the Turkish military and the Kurdistan Workers Party (PKK) nine members of a Kurdish family were burned to death inside their home in a village near Mus.

For twenty years the deaths of Mehmet Ogut, his pregnant wife and 7 children aged 3-13 were blamed on the PKK guerrillas, but the opening of the case three years ago and witness accounts tell a different story. The village home was in fact set on fire by Turkish soldiers.

Hours before the incident the army and PKK guerrillas were engaged in a firefight near the village of Has that left a Turkish officer named Mustafa Ocar and a PKK fighter dead.

“On their way back from the fight that day, the soldiers assembled everyone in the village center and said ‘Tonight your village will be burned,’” Aysel Ogut, Mehmet Ogut’s daughter and lone survivor told the public prosecutor in Mus in 2013.

Aysel who survived the tragedy because she was staying at a relative’s house that night said that she saw the soldiers setting her family home on fire.

“I saw through the window a tank stopping in front of our home,” she recalled the day that forever deprived her of her parents and siblings. “Then suddenly the house was engulfed in fire. We ran out and begged them to stop but the soldiers held us back. They even started beating my cousin Remzi.”

Back then, the regional prosecutor blamed the deaths on the PKK and immediately declared the case closed.

But in recent years Kurdish lawyers, chief among them Tahir Elci, reopened many such murder cases across the country, including that of Ogut’s family, and brought them to prosecutors for retrial.

Rudaw was recently given access to the case of Ogut’s family.

“We were busy treating my cousin (Remzi) and we thought the soldiers had evacuated my family from the house before setting it on fire,” Aysel’s testimony reads.

In the course of two years (2013-2014), the prosecutor questioned Hanafi Akyildiz, an officer present in the village at the time of the incident, but his response was that he learned of the fire the day after it happened.

Serefettin Oz, commander of the special units and suspect in the family deaths, similarly responded “I didn’t see it,”, “I am unaware”.

It is believed that the army had destroyed all the evidence about the crime.

“When Mehmet Ogut’s house was on fire we rushed to help them but we were not allowed, even though the children cried and terrifyingly tried to escape through the windows,” a village witness told the prosecutor in 2014.

Another witness whose identity was concealed by the court testified that on their way out the soldiers had deliberately opened fire on the village council building and torched two police vehicles.

During the investigations the prosecutor sent a memo to the commander of the Mus region in charge of the area at the time and asked for the names of soldiers participant in the operation that day but the memo somehow disappeared before reaching its destination.

The investigations eventually came to an end in late 2014 with sentences of life imprisonment for three gendarme officers, a member of the special forces and nine soldiers.

The sentencing is now in Kirikkale where the court is expected to make a final decision next month.