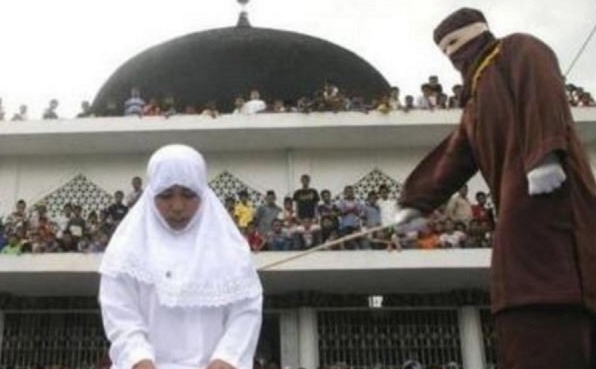 by Sajjad Shaukat for Veterans Today

The rift between Saudi Arabia and Iran has widened in the aftermath of the execution of the prominent Shia religious leader Nimr al-Nimr as part of Riyadh’s executions of 47 persons on terrorism charges, on January 2, this year.

Saudi Arabia and other Gulf countries like Qatar, Bahrain and Kuwait, including Sudan broke off diplomatic relations with Iran, after protesters ransacked and set fire to the Saudi Embassy in Tehran.

On January 9, 2016 the situation aggravated, when the ministerial meeting of the Gulf Cooperation Council (GCC) in a statement, strongly condemned Iran for these terrorist acts. Saudi Arabia’s Foreign Minister Adel al-Jubeir said that his country was looking into additional measures to be taken against Iran.

On the same day, the Shia leader was executed along with other ones, Saudi Arabia unilaterally ended ceasefire agreement with Yemen. In wake of the deepening tension with Iran, on January 7, Riyadh targeted the Iranian embassy compound in Yemen’s capital Sanna through a missile, which is held by the Shia freedom fighters, known as Houthis who have faced more than nine months of airstrikes from a Saudi-led military coalition which was also being supported by the US with secret backing of Israel.

The US-backed former president of Yemen Abedrabbo Mansour Hadi had taken shelter in Saudi Arabia, after the Houthi fighters who wanted to keep their country united against the foreign entities, reached near his palace.

Notably, on the directions of Saudi Arabia and the US, he was also using delaying tactics by postponing elections in the war-hit country and was refusing any solution in that respect like the interim government which could include all the rival groups. These deliberate circumstances were created by these external entities to open the doors for local affiliates of Al-Qaida and the Islamic State group (ISIS) which are Sunnis, and have been manipulating Yemen’s chaos to grab land.

Saudi Arabia propagated among the Sunni Muslim countries that Yemini Shias have been posing a threat to “Harmain Shareefain” (Holy places). Particularly, Riyadh insisted upon Pakistan to send its armed forces in Saudi Arabia and also to join the coalition to conduct aerial strikes on Yemen. Islamabad had refused to dispatch its forces in Saudi Arabia. Instead, Pakistan’s parliament had passed a unanimous resolution which stated,

“The war in Yemen is not sectarian in nature, but has the potential of turning into a sectarian conflict which will have critical fallout in the region including Pakistan.” It urged the government “to stay neutral in the Yemen” conflict and called upon “warring factions in Yemen to resolve their differences peacefully through dialogue.”

Meanwhile, when the Russian-led coalition of Iran, Iraq, the Syrian army-the National Defense Forces (NDF) and Lebanon-based Hezbollah successfully started targeting the strongholds of the US-CIA-backed ISIS terrorists, Al-Qaeda’s Al-Nusra Front and the mercenaries who have been fighting against the Syrian President Bashar al-Assad’s government and against the current Iraqi regime as part of America’s double game, the US decided to revive the phony war through Saudi Arabia.

American President Obama knew that much resentment is found in the Muslim countries because of the fact that the main of war on terror, as noted in case of chaos in Afghanistan, Iraq, Egypt, Libya and elsewhere in the Islamic World, was to obtain the Israeli interests.

Therefore, in order to further support the Zionist-cause of Tel Aviv, it pressurized Saudi Arabia to form an alliance of the Sunni countries to wage a war against the ISIS. On December 15, 2015, Riyadh which also wanted to protect its monarchy under the pretext of fighting the ISIS terrorists, announced a 34-state Sunni-based military alliance which included Islamic states such as Egypt, Qatar, the United Arab Emirates, Turkey, Malaysia, and some African states, with a joint operations centre established in Riyadh. The name of Pakistan was also mentioned in the list. Washington immediately welcomed the alliance.

On December 17, 2015, Pakistan’s Foreign Secretary Aizaz Chaudhry said that he was surprised to read the news that Saudi Arabia had named Pakistan as part of the alliance.

It is notable that Pakistan’s government led by Prime Minister Muhammed Nawaz Sharif had decided to join the alliance, but change its decision owing to mounting pressure of the opposition parties and the media analysts who informed the public regarding the real indentations behind the Saudi Arabia-led coalition against the ISIS.

On January 6, this year in wake of Iran-Saudi Arabia rift, Pakistan’s National Assembly debated the issue, when Advisor to the Prime Minister on Foreign Affairs Sartaj Aziz informed the Assembly that Pakistan as an important member of the Organization of the Islamic Conference (OIC), would continue to play its positive role.

The Leader of Opposition Syed Khursheed Ahmed Shah and other parliamentary leaders expressed their concerns about arising of the situation following escalation of tension between the two brotherly countries of Muslim Ummah, Iran and Saudi Arabia. They also asked the government to refrain from joining the Saudi Arabia-led alliance at the cost of neighboring Iran.

During his visit to Pakistan on January 7, 2016, Saudi Arabian Foreign Minister, Adel bin Ahmed Al-Jubeir met Prime Minister Nawaz Sharif and Chief of Army Staff Gen. Raheel Sharif so as to convince them to join the Saudi-led coalition. But, they did not give him any assurance. Therefore, Saudi defence minister has come to Pakistan on January 10 (Today). Next week, Iranian foreign minister will also visit Islamabad. Analysts believe that Islamabad will either remain neutral or could offer to play its mediatory role between the two countries.

Nevertheless, the debate accelerated in Pakistan regarding terrorism, sectarian divide, Saudi Arabia, ISIS etc. The opposition leaders like Imran Khan said that Pakistan should offer mediatory role in defusing the tension between Riyadh and Tehran. They pointed out that aligning with the Saudi-led counter terrorism alliance may spark sectarianism in the country and the region.

Besides, Pakistan’s media commentators openly remarked on the TV channels that ISIS was created by the US, and like America, Saudi Arabia wants to change the Syrian regime of Assad—also due to the reason that Syria is a Shia country. They also said that no Shia-country has been included in the so-called alliance to fight ISIS. And as to why Pakistan does not join the Russia-led genuine coalition to fight the ISIS terrorists.

Particularly, a senior media analyst of Pakistan, Najam Sethi elaborated that Saudi Arabia have, in fact, decided to promote sectarian divide in the Islamic World.

In this context, on January 6, 2016, Veterans Today also indicated,

“The Press TV interview of the Veterans Today Editor the Kenin Barret and Kenneth Katzman, an author and Middle East expert, to discuss…the execution of prominent Shia cleric Sheikh Nimr Baqir al-Nimr by Saudi Arabia…the Saudis anticipated all of the repercussions of executing…Shia cleric who just wanted to support peaceful reforms in the kingdom…Saudi Arabia is pursuing a neconservative strategy of tension in the region.”

It is of particular attention that the US had planned to spark a civil war between the Sunnis and Shias in wake of war on terror. For the purpose, a study of Rand Corporation, titled ‘US Strategy in the Muslim World After 9/11’ was conducted on behalf of the then US Deputy Chief of Staff for Air Force. Its report which was released on December 27, 2004 advocated that Sunni-Shia sectarian division should be exploited to promote the US objectives in the Muslim World. The report was first implemented in Iraq.

CIA also got the services of Israeli secret agency Mossad to fuel sectarian violence in Iraq. In 2004, major terror-attacks were carried out against the Shias. Afterwards, a chain of Shia-Sunni clashes started between Iraqi Shias and Sunnis, targeting each other’s mosques and religious leaders through bomb blasts, suicide attacks etc.

After Iraq’s experiment, more deadly pattern of sectarian strife and clashes have been conducted in Pakistan. With the tactical assistance of American CIA and Mossad, Indian secret agency RAW have arranged a number of attacks on mosques and religious leaders of Shias and Sunnis through the militant groups such as Tehreek-e-Taliban Pakistan (TTP) and Jundullah (God’s soldiers). These outfits kidnapped and killed many Iranian nationals in Pakistan including Iranian diplomats. Jundollah conducted several subversive acts in Pakistan’s province of Balochistan and Iranian Sistan-Baluchistan. In this regard, Tehran has directly accused CIA of funding these types of terror attacks.

It is mentionable that while hinting towards US and Israel, Iran’s Supreme Leader Ayatollah Khamenei had disclosed,

“The bloody actions being committed in Iraq, Pakistan and Iran are aimed at creating a division between the Shias and Sunnis…those who carry out these terrorist actions are directly or indirectly foreign agents.”

Pakistan’s leading Ulemas (Religious scholars) of the Shia-Sunni sects, including politicians have repeatedly pointed out that external conspiracies were being hatched to destroy peace in the country though sectarian divide.

It is noteworthy, Henry Kissinger had suggested the split of Iraq into three independent regions, ruled by Kurds, Shias and Sunnis. In this respect, the Asia Times Online reported in 2005,

“The plan of balkanizing Iraq into several smaller states is an exact replica of an extreme right-wing Israeli plan…an essential part of the balkanization of the whole Middle East. Curiously, Henry Kissinger was selling the same idea even before the 2003 invasion of Iraq…this is classic divide and rule: the objective is the perpetuation of Arab disunity.”

It is worth-mentioning that Saudi rulers have been accusing Iran of fueling sectarianism and division in the Islamic World by backing Yemen, Syrian regime and Hezbollah. But, ground realities are quite opposite, as from the very beginning, Iran, Syria and Hezbollah which have always supported the right of self-determination of the Palestinians by condemning continued atrocities of Israel on them—have been showing solidarity with the PLO and Hamas which are Sunni groups.

As a matter of fact, Saudi Arabian rulers who have already been funding the ISIS, have been fighting for survival of their kingship. Hence, they do not bother for division of the Muslim World on sectarian lines. In accordance with Israel-led American secret strategy, Saudi Arabia has chosen the path of leading unrest in the Middle East. But, Riyadh must know that chaos in the Middle East will also envelop Saudi Arabia, culminating Saudi monarchy.

Nonetheless, Saudi Arabia is being deeply respected by the Islamic countries, as it is the custodian of the two Holy Mosques. But, it is very shocking for all the Muslims that it has decided to promote sectarian divide in the Muslim World.