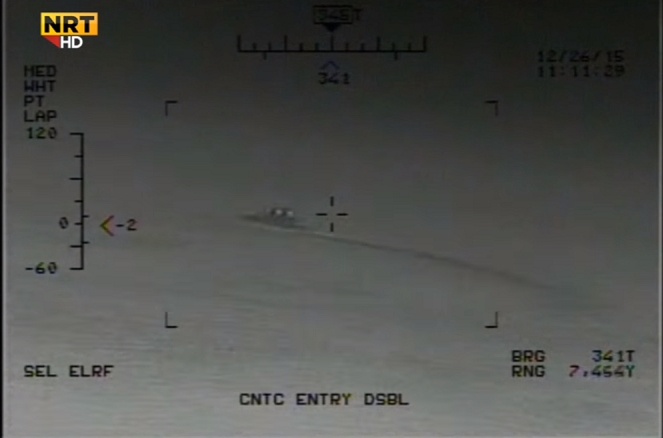 This video is a two edged sword, showing America’s amazing ability to pull real video “out of its hat,” based on the multi-billion dollar 3 level surveillance capability that covers much of the globe.

The “fail” comes into focus when the US has no video of ten thousand oil trucks casually motoring into Turkey, unmolested through the peaceful Iraqi Kurdish controlled countryside.

Then again, America came up with no video of the lines of Russian tanks invading Ukraine though Pentagon photos were later found to be years old, from South Ossettia hundreds of miles away and used in hoaxes before.

Then again, the US also never released their evidence on MH17, planes shooting down the airliner or was it a missile?  The US has the video, why don’t they release it.

How about the video from Sinai and the Russian passenger plane there?  How about Israeli military operations aiding ISIS and al Nusra on Golan and well into Syria or the ISIS training facilities in Jordan, jihadists brought in from Israel and arms from Saudi Arabia, that makes a good picture.

Do you want me to go on?  Who do you think puts up several million dollars a month so that Boko Harum can use satellite telephones to chat about things with their traitorous friends in Abuja?