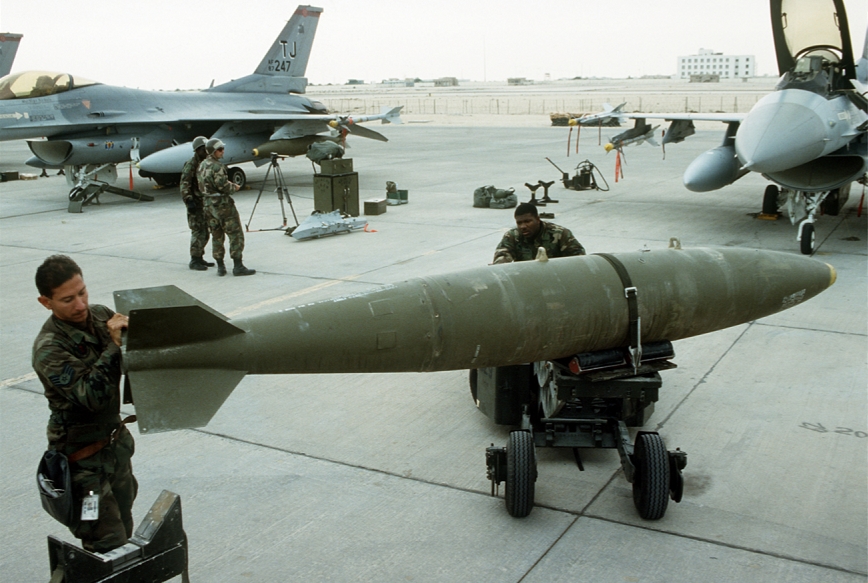 The Pentagon just announced that the US dropped 2 2000 pound bombs on a building in central Mosul, the city in Iraq that ISIS has used as its capitol.  The facility had been found due to human intelligence, agents on the ground in Mosul, signals intelligence intercepts and had been watched by drones and satellites for days.

The attack was time to cause the fewest civilian casualties.

The building is said to contain up to a billion US dollars, money received from sale of oil through agents in Erbil and Kuwait and transferred by thousands of trucks that the US doesn’t seem to be able locate, which fill highways heading into Turkey 24 hours a day.