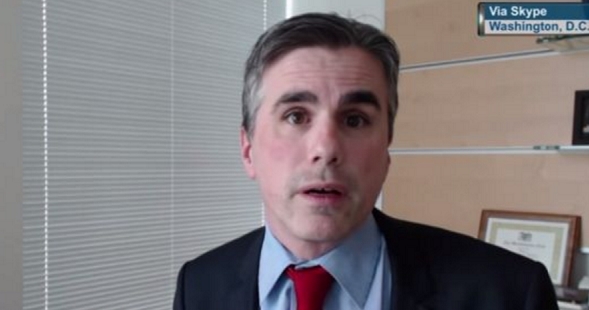 by Gordon Duff, Senior Editor
–
Sputnik News, the Russian runner up for RT, has done it again, tripped over their own stupidity.  Sputnik is a major follower of VT writers and has great staff but too often Russian editors who know nothing about American politics shoot themselves in the foot.
This time they go overboard, quoting “Tom Fitton” as a source on what they claim is going to be the upcoming prosecution of Hillary Clinton in what every sane person knows is an imaginary scandal involving email.
–
Thus far, millions fraudulently spent by the GOP is what is now one of the most shameful witch hunts in American history, a coverup for GOP complicity, PJ Media and the Heritage Foundation, in hiring UAE commandos to murder an American diplomat in Benghazi, or so VT’s own investigation has found.
Now, after being warned over and over, Sputnik News has run a hit piece on Clinton quoting longtime Russia hater Tom Fitton, someone whose backers openly advocate a preemptive nuclear attack on Russia.
We ask, how could they be so dumb, so arrogant?  Why don’t they realize that, time and time again, they run to Russia’s enemies and take the side, not just of right wing extremists, but crackpots as well?
Here is their story, every word of it too sad to be a joke, a total hoax, another one Sputnik got suckered into.  When will they start paying attention?
____________
New Clinton Emails ‘Potential Gamechanger’ in Benghazi Probe

Judicial Watch said that new email communications with Hillary Clinton when she was secretary of state are astonishing and a potential gamechanger into probes of her conduct.

WASHINGTON (Sputnik) — Thousands of new email communications with Hillary Clinton when she was secretary of state are astonishing and a potential gamechanger into probes of her conduct, watchdog group Judicial Watch said in a statement.

“This latest find of Clinton records, at this late date, is astonishing,” Judicial Watch President Tom Fitton stated on Monday. “The State Department waited to last possible moment… to tell Judicial Watch and the federal courts about thousands of records that haven’t been searched, as the law requires.”

Judicial Watch said the new documents appeared to be “working records” in an electronic format found on drives which the group identified in its Freedom of Information Act (FOIA) lawsuits on the 2012 crisis in Benghazi, Libya, when US Ambassador Chris Stevens and three others were killed by Islamic terrorists.

The watchdog’s latest findings come after the US Department of State released some 3,000 of Clinton’s emails before 2 am on Friday, which included some conversations from the 2012 terrorist attacks on the US diplomatic compound in Benghazi.

Judicial Watch said that the State Department has until February 1 to provide the watchdog with more information about the newly discovered records, but said the new records could be highly useful for the US Congress, and the FBI’s ongoing criminal investigation.