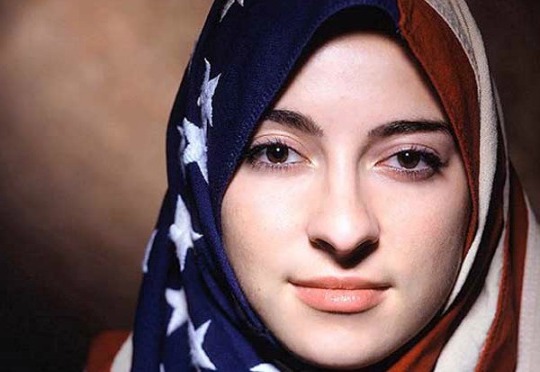 The USA witnessed about one mass shooting per day in 2015. These are defined as “events in which at least four people get shot.”

By that definition, what happened in Calgary on Sunday –  where just one person was shot and wounded – was not even close to being a mass shooting. Yet, unlike virtually all actual mass shootings, it made worldwide headlines. Why? Because the perpetrators “had Muslim names.”

There are nightclub shootings all the time. Most of them are gang- or drug-related. This one was no different.

Yet because the two non-religious, non-Islamic thugs who did it are both named “Mohamed,” the Zionist-dominated media – especially neocon-islamophobe outlets like Breitbart – erupted into a feeding frenzy.

So is there any kind of “Islam connection” at all to the Calgary nightclub shooting?

It is exactly the same connection there would be to Christianity if the shooters were named Peter.

If two thugs named Peter (or any other Christian name) shot up a nightclub, we could interpret the event as a product of their lack of religiosity. We could be reasonably sure that the two Peters in question were not pious Christians. We might even view them as unfortunate symptoms of religious-civilizational decline.

The same is true of our two Mohameds from Calgary. OBVIOUSLY, nightclub-shooter thugs are not very religious. I will bet my life on the fact that neither one has been in the habit of waking up at 5:30 a.m. on cold winter mornings to walk half a mile to the mosque to pray the sunrise fajr prayer.

And it gets worse. The mainstream media are concealing the fact that virtually ALL of the high-profile “radical Islamic terrorist attacks” on Western targets have been (allegedly) conducted by the most radically non-Muslim people you could ever imagine.

“Mohamed Atta,” for example, was a stripper-dating, pork-chop-relishing, cocaine-snorting, booze-swilling, Hebrew-speaking layabout who never saw the inside of a mosque. Likewise for the other “9/11 hijackers.” They even left an alcohol-soaked Qur’an on a bar on the night of 9/10/2001!

Same deal for pretty much every other big “Islamic terror event.”

Fast forward to 2015. The Kouachi brothers, blamed for the Charlie Hebdo shooting, were lowlife party animals who had both been busted for child pornography, then inexplicably released (as informers, we may assume) by the authorities. Cherif Kouachi, we are told, “was not religious, drank alcohol, smoked marijuana, had premarital sex with his girlfriend, and had a job delivering pizzas.” Some “Muslim extremist”!

The (alleged) perps of the 11/13/15 Paris attacks were equally unIslamic. Witnesses saw them drinking alcohol and smoking marijuana, looking relaxed and unconcerned, shortly after the shootings. The binge apparently  continued later during their “escape.” As the Daily Mail reported:

…Investigators have now pieced together (Salah Abdeslam’s) escape following the assault on Paris on November 13th, when the Bataclan music venue, the Stade de France, and restaurants and bars were targeted.

Hamza Attou, a Belgian friend who has been charged with ‘assisting in terrorist activity by driving Salah to Brussels, told prosecutors they were stopped ‘not once, but three times.

The first time ‘the policeman asked us if we had consumed’ drugs, Attou told detectives, the Parisien newspaper reports.

Attou and Mohamed Amri, another Belgian friend of the terrorist who has also been charged, were both smoking a cannabis joint in the front of the getaway car, while Abdeslam ‘remained silent in the back.

‘The police said it was not good, but it was not the priority today,’ said Attou. On the other two occasions, the men were asked to show their identity cards.

The last time they were ‘controlled’ was on the motorway at Cambrai, near the Belgian border, and Abdeslam even gave his proper address in the Brussels suburb of Molenbreek.

The men’s getaway car was later found dumped in the same area, but Abdeslam had completely disappeared.

As Jim Dean keeps saying, you can’t make this stuff up.

So the truth is the exact opposite of what the Zionist-dominated mainstream institutions are telling you. In reality, the more pious the Muslim, the less likely he or she is to engage in terrorism (or any crime).

So if we really want to stop “Islamic terrorism,” we should urge people from Muslim backgrounds to become better, more pious, and more committed practicing Muslims. We should encourage the building of mosques, fund the printing of Qur’ans, and strongly discourage unIslamic activities in Muslim communities and countries. 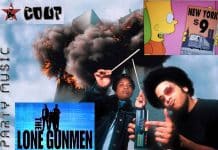