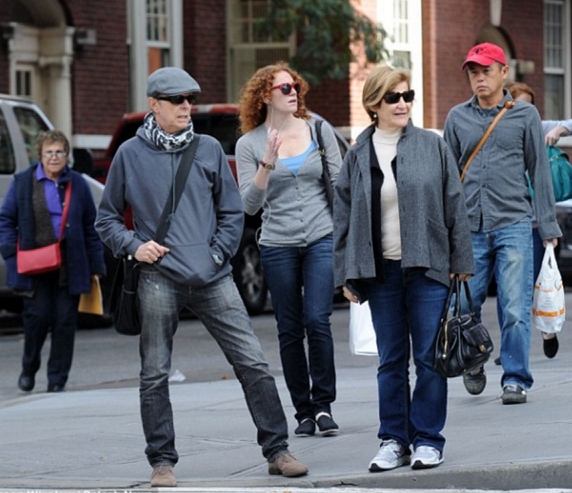 By the time I got to New York/I was living like a king,” sings David Bowie on Lazarus, his final single and also the title of the theatre work he co-wrote, which opened just last month.

Though the creative team behind him were Europeans – Bowie, Irish playwright Enda Walsh and the Belgian director Ivo van Hove – it now seems significant that Bowie chose to stage his last live work in New York, just a 10-minute walk from his Lafayette Street apartment, and for the lead role to be taken by an American, Michael C Hall.

A musical containing many of Bowie’s best-loved songs, Lazarus continues the story of The Man Who Fell to Earth, and Hall takes the role Bowie embodied in the film – Thomas Newton, an alien marooned on Earth, going mad on a diet of TV and booze. Bowie could be, at times, almost exaggeratedly English in his fey, Anthony Newley-influenced aspects, yet he was steeped in American culture, from the films of Stanley Kubrick to the music of Aretha Franklin.

The most famous scene in Cracked Actor, the BBC documentary made about Bowie by Alan Yentob in 1974, shows the singer being driven through the desert near LA in a black limousine.

“Since you’ve been in America, you seem to have picked up a lot of the idioms and themes of American music and American culture,” observes Yentob. Bowie, who looks thin, wired and, in his black fedora, incredibly glamorous, is drinking from a carton of milk and listening to Aretha Franklin’s (You Make Me Feel Like) A Natural Woman on the car radio.

Bowie says: “There’s a fly floating around in my milk. He’s a foreign body in it and he’s getting a lot of milk, and that’s kind of how I felt – a foreign body and I couldn’t help but soak it up.”

Although Bowie goes on to say that he hated America when he first visited, soon enough the country “filled a vast expanse of my imagination … The imagination can dry up in England – it just supplied a need in me, America; it became a myth land for me.”