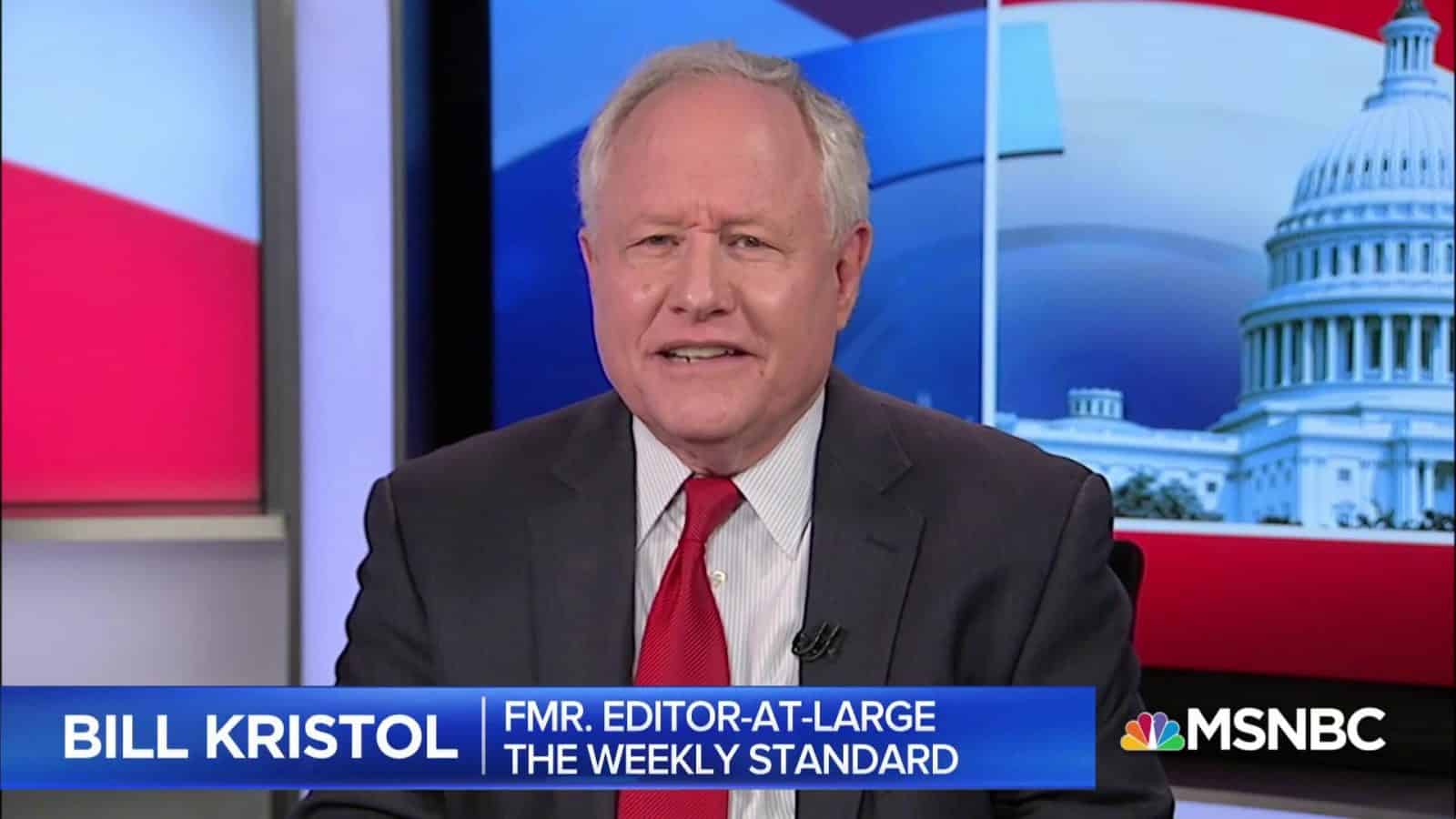 If you think that Satanism is only composed of weird and nihilistic groups of people who drink blood or cast spells on perceived enemies, as in the case of Aleister Crowley and Anton Lavey,[1] then Jewish Neocons Bill Kristol and Jonathan S. Tobin are about to change your worldview.

A little bit about Kristol. His father is none other than the late Irving Kristol, one of the fathers of the Neoconservative movement, which politically and ideologically is Leninism and Stalinism in sheep’s clothing.[2] Irving proudly admitted that the “honor I most prized was the fact that I was a member in good standing of the [Trotskyist] Young People’s Socialist League (Fourth International).”[3]

Keep in mind that Trotskyism and Stalinism were at one point two sides of the same coin. Though the Neoconservatives never quoted Trotsky as “a guiding intellectual influence,” Trotsky, directly and indirectly, left an indelible mark on them, and this

“helped to shape [the Neoconservative’s] intellectual style as aggressive debaters in a highly politicized environment where sympathy for communism and even Stalin himself was common.

“It was from discussing the finer points of Marxism in the 1930s among formidable intellectual colleagues that they learned to use the sophisticated application of theory as a form of political combat and the conception of politics as something that should be instructed by theory. Ideas were the stock in trade.”[4]

Even after the birth of the Neoconservative movement, many of its members such as Stephen Schwartz of the Weekly Standard and Joan Wohlstetter of the RAND Corporation still had a burning thirst for Lev Davidovich Bronstein, known as Leon Trotsky.[5]

When Trotskyism traveled to the United States under a new banner named Neoconservatism, it didn’t change its metaphysical source, which was and still is the Talmud. As Jewish writer Sidney Blumenthal has shown, the Neoconservative movement has its political and intellectual ideology “in the disputatious heritage of the Talmud.”[6] Irving Kristol added that people like himself

“did not forsake their Jewish heritage to replace it with another form of cultural identity or ethnic belonging. What they sought can best be described as an abstract and futuristic idealism of assimilation qua emancipation in the denationalized and secularized democratic society, ideally of universal scope. Leaving the world of their childhood did not necessarily imply its total abandonment in one act of irreversible forgetfulness.”[7]

So, when you see Bill Kristol on Fox News talking about the wars in Iraq and Afghanistan, you can safely say that he did not forsake his subversive heritage, which is rooted and grounded in the Talmud, which is a book that teaches that the Goyim are beasts.[8]

What has Kristol been up to lately? Well, he’s been running around like a squirrel saying that Hillary Clinton lied about Gennifer Flowers.[9] That man is really a nutcase living in a nuthouse. Kristol lied about the Iraq war, which will cost us all at least six-trillion dollars, and now he cannot sleep at night because Clinton lied in 1992. How stupid can we be? If I were Bill or Hillary Clinton, I would ask Kristol to get in the political ring and say:

“All right, Kristol. Are you sure you want to cast the first stone, my man? I did have an affair with that woman. I am completely responsible for this sexual impulse and misbehavior. But what about you, Mr. Kristol? Will you ever apologize to the American people for sending a six-trillion-dollar bill to them? Will you tell them that you lied about Iraq, Iran, Afghanistan, and now Syria?

“Will you tell them on Fox News that your father was a Trotskyite when he was in college? Will you tell them that Trotskyism and Leninism and Stalinism, as Francis Fukuyama himself argues, are concentric circles? Will you tell people like Daniel Pipes to stop pursuing Neo-Bolshevik ideology in Syria?

“And how imbeciles like Jonathan S. Tobin have the audacity to write articles like ‘Global Chaos is Hillary’s Problem’?[11] Does he mean to say that Hillary is responsible for Iraq, Afghanistan, and now Syria? This guy is not mentally stable and therefore needs tranquilizers. Really.

“So, you are abiding by an immoral principle in politics. I admit that I am operating under an immoral principle in sexuality. But you find your principle ‘logical’ and mine ‘immoral.’ I think you are a Satanist in disguise, and you have no moral right in condemning me. When you decide to play by the rules, then give me a call. Now if you excuse me, I’ll have more ladies to talk to.”