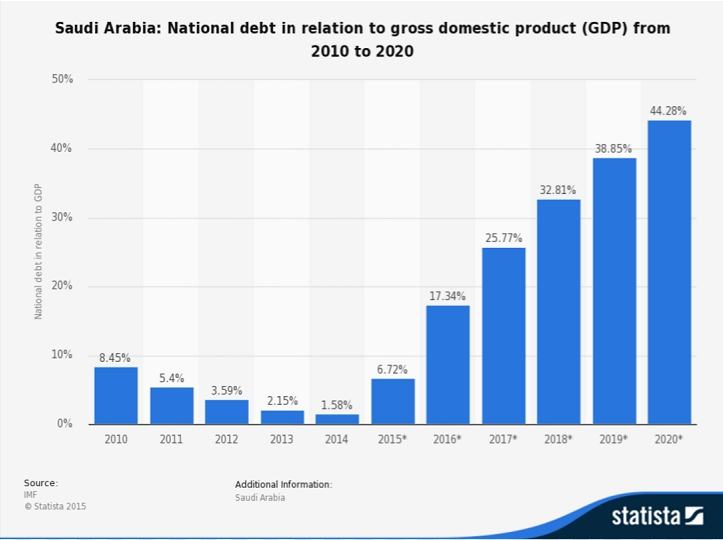 Investors intending to take out insurance on Saudi Arabian bonds would have to pay as much as they do with troubled Portugal. The price of insuring Riyadh’s debt has more than doubled in the past 12 months as oil prices continue to collapse, Bloomberg reports.

With crude prices at 12-year lows, the Kingdom continues to bankroll a war in Yemen. Last year, Saudi Arabia sold bonds for the first time since 2007 to cover the budget deficit.

The country’s net foreign assets dropped to $627 billion in 10 consecutive months through November. This was the longest losing streak since 2006.

“They have huge reserves and extremely low debt, but the question is, how long are oil prices going to stay at this level?” Anthony Simond, an investment manager at London-based Aberdeen Asset Management told Bloomberg.

On Tuesday, Brent benchmark fell below $31 per barrel for the first time since 2004, trading as low as $30.50. The prices rebounded in intraday trading to almost $32; however, some analysts say there is no bottom in sight for the oil market. On Tuesday, Standard Chartered said that crude was heading for $10 per barrel.

READ MORE: Saudi Arabia could be bankrupt by 2020 – IMF