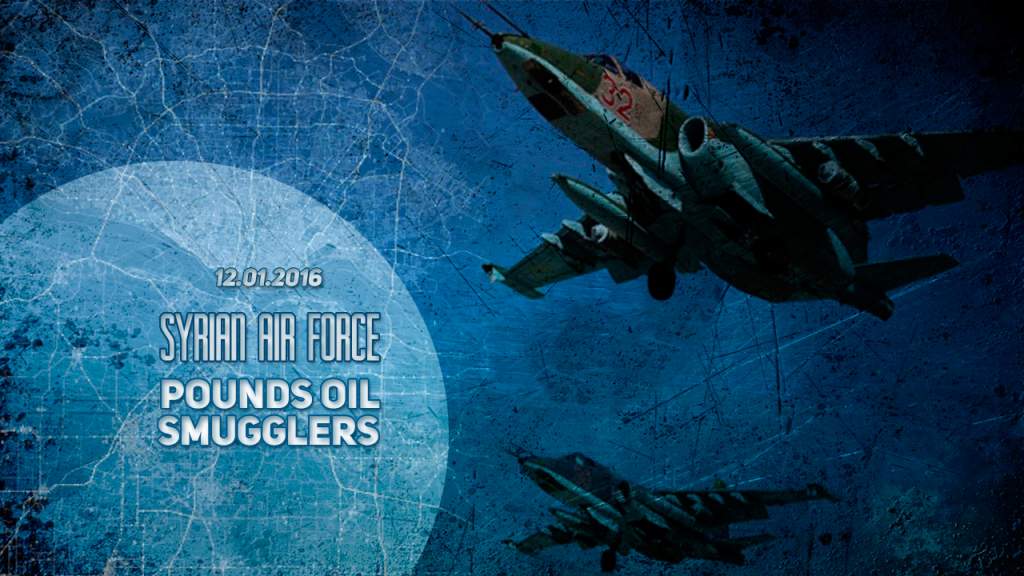 The Syrian Air Force has targeted a convoy of 20 tankers smuggling oil from territories held by ISIS on the al-Mayadin Highway near the city of Dayr al-Zawr.

A top commander of al-Qaeda-linked Ahrar al-Sham terrorist group, Abu Talib, was killed in a trap explosion in the Idlib province.

The loyalist forces are advancing in the southeastern part of the Hama province. Last night, clashes resumed along the northern bank of the Orontes River. The Syrian Arab Army (SAA) and its allies clashed with Al-Nusra and Harakat Ahrar Al-Sham at the village of Jarjisah located north of the terrorist-controlled town of Al-Rastan. The SAA reportedly killed about 25 militants and imposed control of Jarisah as result of these clashes. Next expected aim of the Syrian forces is the town of Al-Rastan.

Separately, a number of civilians sustained injuries after militants groups launched mortar attacks on the northern part of the Syrian province of Hama.

The tensions have been raised between a Christian militia, called the Gozarto Protection Forces (GPF), and the US-backed Syrian Democratic Forces (SDF) in the city of Al-Qamishli. 1 GPF member was reportedly killed and 3 locals wounded in the clashes observed inside the Al-Wasta District of Al-Qamishli last night. Other reports argue that the GPF fighters killed 3 YPG fighters which is a branch of the SDF, defending their positions in the district.

The development shows that despite the US support the predominantly Kurdish SDF forces are unable to advance to the territories with major non-Kurdish populations.