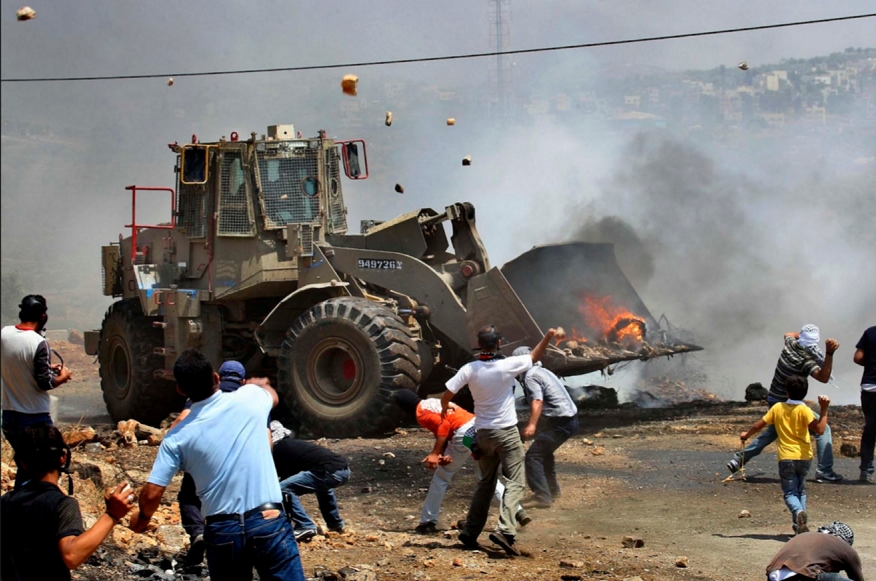 For several years I have been wondering, sometimes on public platforms and in writing, if Palestine is a lost cause. I have now come to the conclusion that as things are it is and will remain so unless the Palestinians, the occupied and oppressed and the diaspora, put their political act together in order to give their cause new life with some real hope of justice eventually.

In my view the most telling indicator of the political bankruptcy and irrelevance of the leadership provided by the Palestinian Authority (PA) was the recent statement by its president, Mahmoud Abbas, that it’s up to international community to bring about a peaceful resolution of the conflict.

The reality Abbas chooses to ignore is that as things are there is absolutely no reason to believe that the American-led Western powers (or any others) will ever use the leverage they have to try to cause Israel to end its defiance of international law and denial of justice for the Palestinians.

Western (and other) governments and their diplomats continue to pay lip-service to the two-state solution but they know it’s dead, killed by Israel’s on-going colonization of the occupied West Bank which, as I have previously noted, is a process best described as ethnic cleansing slowly and by stealth. (They also know that implementing a two-state solution would provoke a Jewish civil war and – as Shimon Peres said to me in 1980 – no Israeli leadership is ever going to do that).

There is also no reason to believe that the regimes of a deeply divided, corrupt, authoritarian and repressive Arab Order will ever use the leverage they have to press the U.S and other Western powers to do whatever is necessary to oblige Israel to be serious about peace on terms the Palestinians could accept. (A truth of history is that when Israel closed the Palestine file with its victory on the battlefield in 1948, the Arab regimes, behind closed doors, shared the same unspeakable hope as Zionism and all the major powers – that the file would remain closed. In other words, the Arab regimes hoped the Palestinians would accept their lot as the sacrificial lamb on the altar of political expediency. If there had been no Yasser Arafat to oversee the relighting of the fire of Palestinian resistance to Zionism’s fait accompli, the file might well have remained closed for ever).

In my analysis the realities summarised above invite only one conclusion. It is only the Palestinians who can change the dynamics of the conflict in a way that could generate real pressure for action by the governments of the international community.

What action? Putting on Israel on notice that if it doesn’t end its defiance of international law and denial of justice for the Palestinians, it will be isolated and sanctioned. (Yes, I know that governments won’t go down this road unless they are pushed by public opinion, but changing the dynamics of the conflict could provide the understanding necessary to motivate more and more citizens to do the pushing).

Changing the dynamics requires for starters the dissolution of the PA and handing back to Israel complete responsibility and full accountability for occupation.

This would impose significant security, financial and other burdens on Israel. Its response would undoubtedly be more and more brutal repression of all kinds, but this could (I think would) benefit the Palestinians because the true face of Zionism would be exposed, fully naked, like never before for all the world to see. And that in turn could lead to mounting public pressure on the American-led Western powers, perhaps at some point enough pressure to cause them to say to Israel, “Enough is enough” and put it on notice that it will be isolated and sanctioned if it does not end its defiance of international law and denial of justice for the Palestinians.

The dissolution of the PA would open the door to rebuilding the institutions of the Palestinian national movement on the basis of unity which by definition would mean an end to factionalism and political tribalism. At top level, and to enable the Palestinians to determine policy and speak to power with one credible voice, this in my view would require bringing the Palestine National Council (PNC) back to life refreshed and reinvigorated by elections to it in every country where Palestinians live.

Even if there are enough Palestinians in the diaspora who would be prepared to become engaged to make it happen, elections to refresh and re-invigorate the PNC would take time. So after the dissolution of the PA and handing back to Israel complete responsibility and full accountability for occupation, what would be the most effective resistance strategy for the occupied and oppressed Palestinians to adopt?

Their incredible almost superhuman steadfastness in staying put is proof that Zionism’s policy of making life hell for them in the hope that they will leave to make new lives elsewhere has failed to date and is unlikely ever to succeed. But that’s not enough.

The steadfastness of the occupied and oppressed Palestinians needs to be reinforced by peaceful, absolutely non-violent, demonstrations,  preferably on a daily basis, across the occupied West Bank and the besieged Gaza Strip, calling for peace with security and equal political, civil and human rights of every kind for all.  This would be in effect a campaign for one state for all.

Demonstrations of resistance would have to be peaceful, absolutely non-violent, because escalating Palestinian violence would play into the hands of those Israeli Jews, leaders and others, who would welcome a pretext for a final round of ethnic cleansing.

In theory equal political, civil and human rights for all in one state would lead in time to the de-Zionization of Palestine; but it’s not unreasonable to assume that Israel’s leaders will never allow that to happen,

In that light, and despite what I have written above, the question that has to be asked is this.

Even if the Palestinians do put their political act together in the way I have suggested, is there any reason to entertain real hope that there can be in future in which they enjoy an acceptable amount of justice?

In my view that’s a question only the Jews of Israel can answer.

If the Palestinians remain steadfast and do put their political act together to keep their cause alive, they will bring about the day when the Jews of Israel will have to address the question of what kind of future they want.

Do they want to live in an obnoxious, apartheid state which has to resort to ever more brutal measures to maintain its domination of the Palestinians, with the very real danger that the ever more brutal measures will transform the rising global tide of Israelism into anti-Semitism, setting the stage at some point for Holocaust II (my shorthand for another great turning against Jews everywhere); or, do they want peace and security in one state with equal political, civil and human rights for all – even though that that would mean the end of Zionism’s colonial-like enterprise?

If by putting their political act together in the way I have suggested the Palestinians can cause the Jews of Israel to make that choice, there will be some hope (perhaps not a lot but some) for a peaceful resolution of the conflict.

I once said, and I think it bears repeating, that there is not and never has been a Palestine problem. There is only a Jewish problem. And only the Jews can solve it. Or not.