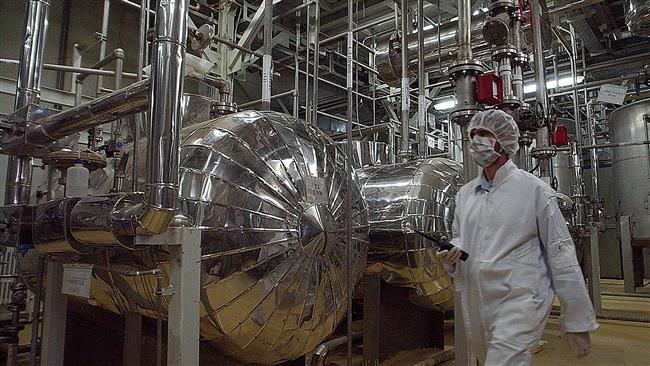 [ Editor’s Note: In a strange twist of fate, the US is going to be one of Iran’s first commercial customers for its civilian nuclear energy export business, which was allowed under the recent agreement buying 40 tons of heavy water. The Israelis will be tormented by this, as it continues the nuclear legitimization process for Iran, while Israel remains among the rogue nuclear states, and seems to want to stay that way.

The fat lady has not sung yet, but Iran’s Zarif was predicting that all the requirements for the joint resolution would be completed by the weekend. If so, we will celebrate that the warmongers were not victorious on the Iran situation.

We can then refocus on getting the insanity stopped in Syria and Ukraine, and the much needed rebuilding, to begin the long process of people returning to homes and creating a viable economy in which to live and work. The next step will be years of litigation going after all those entities guilty of aiding and abetting terrorism in Syria to have their assets seized for reparations... Jim W. Dean ]

Heavy water (deuterium oxide (2H2O )) is a form of water that contains a larger than normal amount of the hydrogen isotope deuterium (2
H or D, also known as heavy hydrogen), rather than the common hydrogen-1 isotope (1
H or H, also called protium) that makes up most of the hydrogen in regular water.

Iran said on Tuesday that it plans to sell as much as 40 tons of its excess heavy water supplies to the US – a major step which is expected to take the country toward the commercialization of its nuclear energy program.

Ali Asghar Zarean, the deputy head of Iran’s Atomic Energy Organization (IAEO), has been quoted by the media as saying that the landmark sales of heavy water supplies will be made to the US through a third party.

Zarean added that Iran would through this officially join the club of producers of strategic nuclear materials – what he emphasized will be “a huge national achievement” and “a victory” for the country.

“Six tons of the exported heavy water will be used in nuclear facilities and the rest in American research centers,” he has been quoted as saying.

The official further emphasized that the planned exports of heavy water to the US will be in line with the IAEO’s strategy to commercialize the Iranian nuclear energy products.

On a related front, IAEO Spokesman Behrouz Kamalvandi announced also on Tuesday that Iran’s recent importation of 220 tons of yellowcake from Russia was another key milestone in the country’s push toward the trade of the materials used for production of nuclear energy.

Iran’s President Hassan Rouhani said last August that Iran will begin to commercialize its nuclear technology after the implementation of the Joint Comprehensive Plan of Action (JCPOA).

“We will import yellow cake from abroad and we will export enriched UF6,” President Rouhani told reporters.

Iran and the P5+1 group of countries – the five permanent members of the Security Council plus Germany – agreed over the JCPOA last July.  Based on it, Iran will restrict certain aspects of its nuclear energy activities in return for the removal of certain economic sanctions imposed against the country.

The JCPOA also allows Iran to sell its enriched uranium material – called UF6 – and to buy natural uranium or “yellowcake” in return.