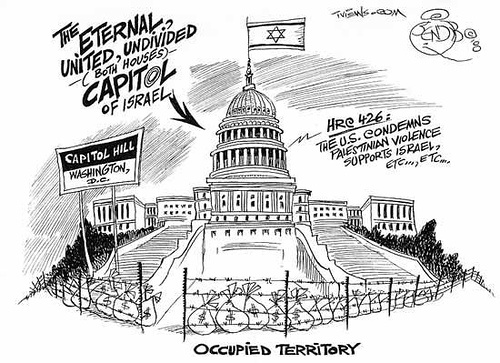 In an attempt to position himself as the most pro-Israel Republican candidate, Marco Rubio told a Jewish audience in Florida yesterday that if elected President, his first act would be to offer an osculum asinum to Israeli Prime Minister Netanyahu.

If elected President, I will immediately fly to Tel Aviv, meet with Bibi Netanyahu, and kiss his keister,” Rubio told a cheering throng of Jewish Republicans at the Vulgar Rich People’s Kosher Retirement Center in Miami Beach.

Asked by a reporter whether Americans would accept subjugation to a Jewish emperor, Rubio cited the case of Emperor Norton, a 19th century San Francisco madman who appointed himself Emperor of the United States and Protector of Mexico, hired a printer to issue “currency” with his picture on it, and was humored by the entire city. “That’s pretty much what we’re already doing with the Rothschilds,” Rubio explained. “Why not make it official, and admit we’re just a pathetic, impoverished, exploited province of the Eternal Undivided Empire of the Jewish State?”

During last night’s private presidential debate at Sheldon Adelson’s Las Vegas mansion, miffed Republican candidates responded to Rubio by claiming that their Israel policies would be even more obsequious. “Marco Rubio only spoke of kissing Bibi’s royal tushe once. If elected, I promise to kiss it repeatedly and with gusto,” enthused Ted Cruz.

Carly Fiorina responded with a graphic and unprintable description of how she, if elected, would display her submission to Bibi. Ben Carson said he would let Bibi humiliate him and call him a schvartze. Chris Christie chimed in that Bibi was welcome to mock his obesity. Jeb Bush said his first act would be to paint a big blue Star of David on the White House.

Mike Huckabee insisted that if elected he would just resign and let Bibi be president. Donald Trump emphasized that he hates Arabs even more than Israel does, and would ship every Muslim in America to concentration camps in the Negev Desert where Bibi could use them in radiation experiments.

The only discordant note was struck from deep within the James A. Baker III Institute for Public Policy at Rice University in Houston, Texas, where a faint voice was heard to whisper: “F— the Jews, they don’t vote for us anyway.”