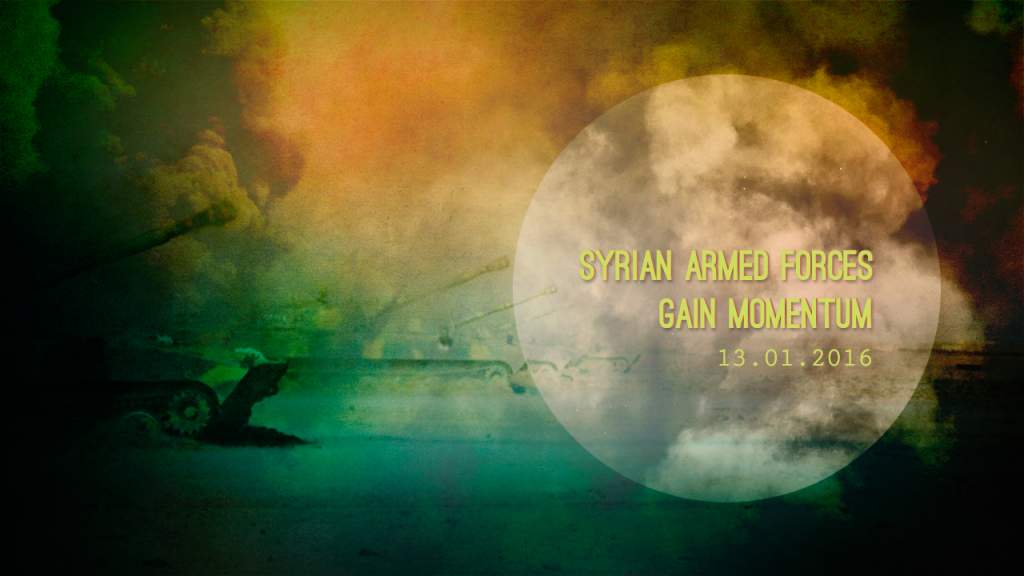 The Syrian government forces liberated the strategic town of Salma in the Latakia province on Jan.12. The Syrian forces seized the Fort of Kafr Dulbeh in Tal al-Khazan and Tal al-Harmiyah in the Northern part of Salma. Al-Nusra and the Free Syrian Army (FSA) militants have reportedly suffered heavy losses in the clashes in these areas. In turn, the SAA reportedly lost 6 soldiers killed and 8 wounded. The success of operation was grounded on the high level of coordination of the Russian Air Force with the Syrian Arab Army infantry and artillery units.

Al-Rabiyah located in the Turkmen Mountains will likely become a next target of the pro-government forces. It’s last high ground stronghold controlled by terrorists in the province. If Al-Rabiyah is liberated, the SAA will have a strategic initiative to push terrorists from the entire Latakia province.

On Jan.12, ISIS launched offensive operations in the Homs province striking the pro-government forces at Al-Dawa and Al-Bayarat located near Palmyra. ISIS reportedly captured a large cache of weapons and armory including a T-55 Tank in Al-Dawa and seized the vilalge. In Al-Bayarat, terrorist units have faced a strong ressistance and were pushed to retreat. The situation in the area of Palmyra remains tense.

The SAA is continuing to advance north along the Aleppo-Raqqa highway. The SAA liberated the village of ‘Ayn Al-Jahesh located south of the ISIS stronghold of Al-Bab. Now, the Syrian forces are advancing on Al-Bab. Meanwhile, the U.S. backed “Syrian Democratic Forces” are conducting operation to captre the ISIS-controlled town of Menbeij in east Aleppo. Thus, ISIS has almost completely lost the initiative in the province.

On Jan.11, 20 people were killed and 50 others wounded after a bomber detonated his explosives-filled vest inside a cafe in Muqdadiya, 80 km northeast of Baghdad. ISIS gunmen killed at least 18, four of them police forces, in Baghdad. A separate bombing in the Nahrawan district southeast Baghdad killed 7 and injured 15 people.

Meanwhile, the Iraqi Security Forces liberated the Qaryat Sakran region in the province of Anbar. Iraqi sources argue that scores of militants have been killed there. Also, clashes were observed in the al-Shaei region.