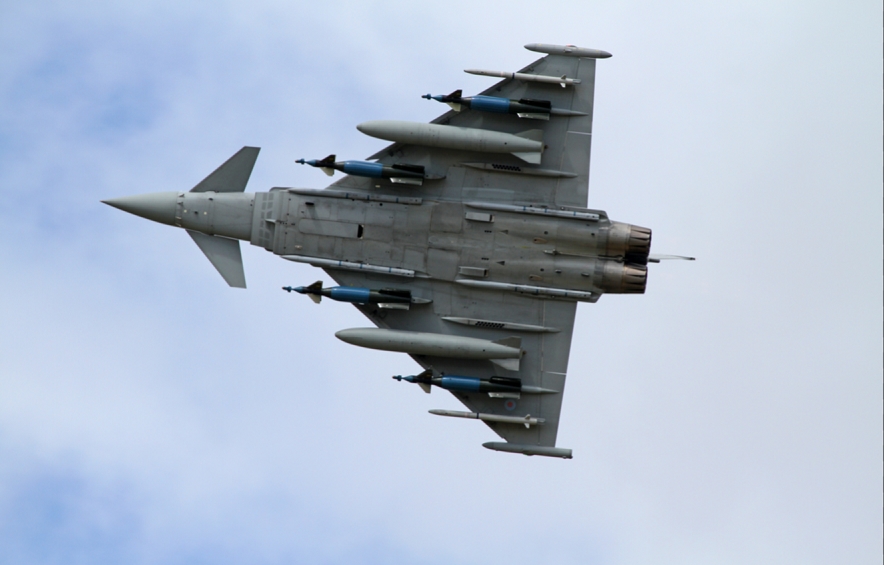 MOSCOW (Sputnik) — The coordinated UK airstrike was carried out on Tuesday from the UK air base Akrotiri in Cyprus in cooperation with the US-led coalition, operating in Iraq and Syria.

Mosul is the largest Iraqi city held by Daesh militants.

According to the UK Defense Ministry, Daesh has concentrated much of its command and control functions within the occupied city. The major airstrike struck three targets within the walled compound in the northern part of Mosul, which was used allegedly to coordinate attacks on the civilian population in Iraq and Syria.

UK fighter and surveillance jets continued active air operations against Daesh targets inside Syria on Tuesday, firing Hellfire missiles on an Daesh checkpoint and targeting Daesh-held oilfields in the country’s east to reduce their revenues.

The US military reported nearly 200 airstrikes on Iraq’s second largest city of Mosul in the past seven days, an exponential increase given attacks totaled 750 in the past six months, Defense Department spokesman Col. Steve Warren told reporters on Wednesday.

WASHINGTON (Sputnik) — “Our [US] operational objective is to place pressure across the entire breadth and depth of this battlefield,” Warren said.

Up to 30,000 Daesh Fighters Operate in Iraq, Syria – Pentagon

In the past seven days, Warren noted, the US launched 191 strikes on Mosul, compared with 305 in the previous 30 days and 750 in the past six months.Daesh (Islamic State), which is outlawed in Russia and a number of other countries, seized the northern Iraqi city of 2.5 million in June 2014. Mosul has since become the de facto Iraqi capital of the terrorist group.

The Kurdish media network Rudaw reported earlier this week that US forces are setting up a military unit of Sunni Arab fighters for a future offensive to retake Mosul. In addition, Rudaw reported that Turkey is also training 9,000 fighters for the battle.