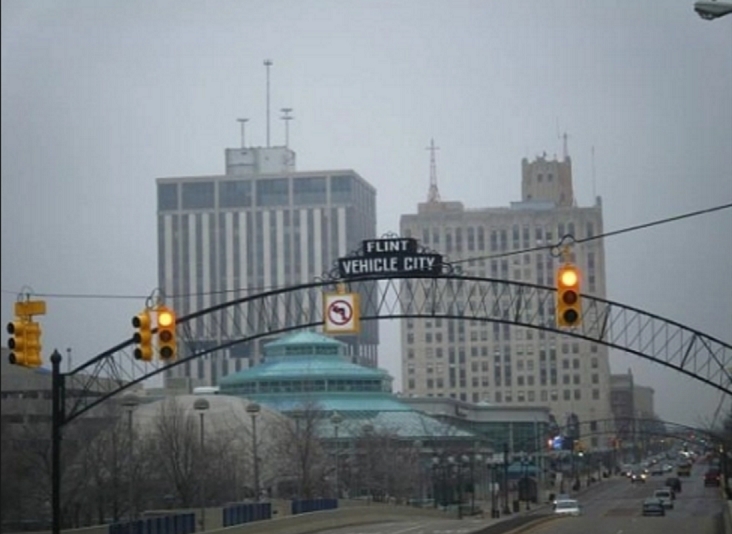 [ Editor’s note:  Russia Today understands little or nothing about the United States though we appreciate their interest.  We know their heart is in the right place, somewhere above the waist and under the neck.  Flint has been going down the tubes for some time, murdered by General Motors.  The UAW (United Auto Workers) was born in Flint and this town, above others, became a target, closing the plants, eliminating jobs, beating down unions.

Unions had an agenda some couldn’t live with, pushing for public education, clean water and other environmental issues, fighting public corruption and crime and demanding financial accountability.

You see, it wasn’t just factories that closed, it went further, companies were destroyed, investors defrauded, pension plans looted, this was the real business of Wall Street and still is and Michigan governor Rick Snyder, as with Scott Walker of Wisconsin and John Kasich of Ohio, these are the guys who have finished America’s Midwest off.

If America has become a police state, certainly the neocon goal, Flint, Michigan is what they want for all of us, poisoned water, poverty and despair.  Snyder is a monster, and Flint is his handiwork… Gordon Duff ]

As Flint, Michigan residents continue to deal with a state of emergency declared over their contaminated water supply, a sharp increase in cases of an atypical pneumonia known as Legionnaires’ disease has hit the community.

On Wednesday, state officials hosted a press conference acknowledging the uptick in the cases of Legionnaires’ disease, but gave no new advice to the public regarding water usage, saying they have yet to determine the cause of the disease. Dr. Eden Wells, chief medical executive of the state’s Department of Health and Human Services, said a more thorough analysis was still to come. 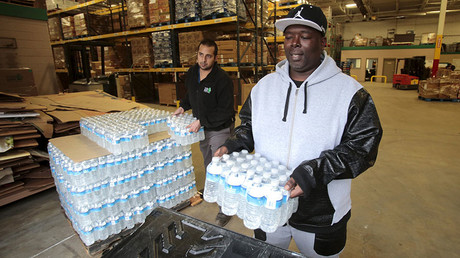 Between June 2014 and November 2015, there were 87 cases of Legionnaires’ disease in Flint, with 10 ending in death, according to Wells. The fatality rate for the disease ranges from 5 to 30 percent depending on access to antibiotics and other factors, according to the US National Library of Medicine.

The source of the drinking water in Flint was changed from Lake Huron to the Flint River in April 2014. Although the river water was sent to a city water treatment plant, its salt levels were overlooked, causing the lead pipes to corrode. The changeover was noticed by residents right away.

Though they complained of bad tastes and smells after the changeover, the Department of Environmental Quality only conceded its failure in October of 2015. DEQ had not added the chemicals necessary to combat corrosion in the pipes, leaving the water to dissolve lead, a poisonous metal.

The water source was switched back in October.

Governor Rick Snyder (R) declared a state of emergency because of the situation earlier this month, and on Tuesday activated the Michigan Army National Guard to join with the Michigan State Police and other officials in dispensing bottled water, filters, and test kits door-to-door. If a door knock isn’t answered, the “water resource teams” leave an information sheet instead.

Furthermore, all parents of Flint children aged 6 years or younger were encouraged to go to a hospital to have their blood tested for lead exposure.

Seven National Guard troops began to help out on Wednesday, and as many as 30 to 40 are expected to join in by Friday of next week. The only other time Snyder has called them up was for the Duck Lake Fire in May of 2012.

“Our role will not be out in the neighborhoods at all. We’re going to go to the fire stations and basically try to relieve the Red Cross volunteers who’ve been very supportive from the get-go on this,” Major John Keelean of the National Guard said at a Wednesday press conference. “We will have probably five to six soldiers at each of those five stations.”

Speaking to ClickOnDetroit, Snyder said, “This is part of my legacy. I’m responsible for the entire state and our operations, but there are many other good things going on, and we’re working hard to recover from the situation in terms of doing the right thing.”