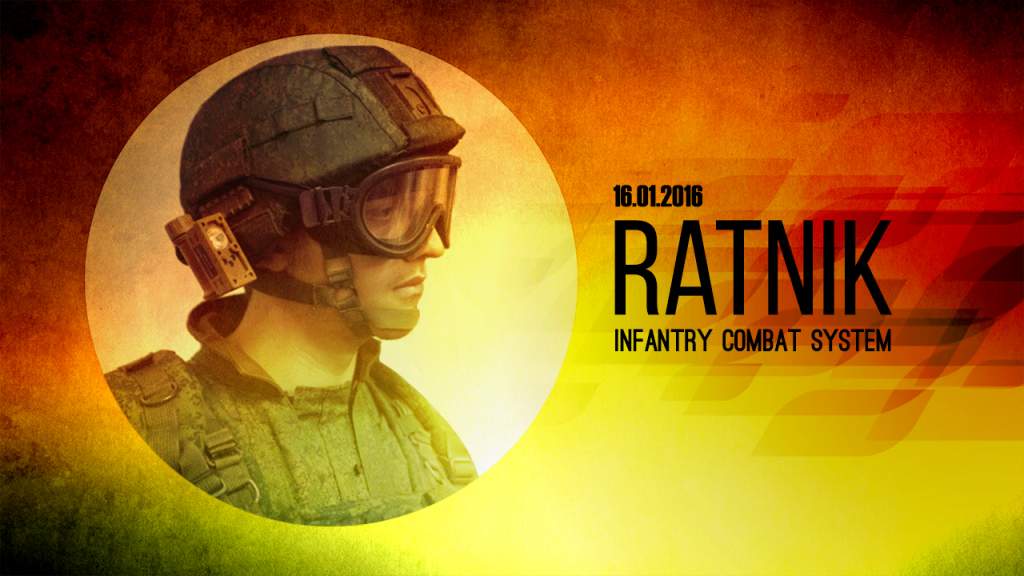 One of the Russian military’s major successes of 2015 was the delivery of 80 thousand Ratnik sets to active military units. Russian Ministry of Defense will continue to buy Ratnik sets at a rate of 50 thousand a year for several more years, until all of its soldiers tasked with ground combat role will be equipped with it.

The Ratnik, which entered testing in 2012, is not simply an individual equipment suite consisting of tactical clothing, advanced helmet and body armor, and ergonomic load-bearing equipment comparable or superior to best contemporary foreign equivalents. It also includes a comprehensive electronics suite consisting of individual communications devices, night vision devices including thermal imagers, tactical tablets for command personnel which allow them to monitor the tactical situation in real time, collimating holographic weapons sights, GPS and GLONASS-compatible navigation systems, video cameras allowing weapons to be accurately fired without the shooter exposing himself, laser designators for target acquisition and guidance of artillery and aerial precision munitions, and other devices. All of these components utilize technologies developed in Russia and are manufactured in Russian factories, which makes the system sanctions-proof.

The only new weapon developed specifically for Ratnik is the 5.45mm AK-12 assault rifle which was chosen following an evaluation against the AEK-545 rifle. The AK-12 retains all the features that have earned the earlier AK rifles their enviable reputation while improving the weapon’s ergonomics and accuracy. Other infantry weapons, including the SVD sniper rifle and the Pecheneg machine-gun, were modified to allow the mounting of Ratnik gunsights and indicators. A Ratnik-equipped infantry squad is estimated to be at least twice as combat-effective as a regular squad, thanks to the superior command and control, situational awareness, and target acquisition and engagement abilities which allow Ratnik-equipped soldiers to operate effectively day and night, in all weather conditions, climates, and terrain types. And this is not the end of its development. The Ratnik will in due course include a family of battlefield robots as well as exoskeleton systems that will permit individual soldiers to carry heavy loads for extended periods of time, a feature of particular usefulness to infantry heavy weapon crews.

While individual soldier systems are not as glamorous as fifth-generation fighters or advanced main battle tanks, they are on the same level of importance in modern warfare. Recent conflicts, including Donbass, Lebanon, Yemen, Afghanistan, Iraq, and Syria, have shown that the individual infantry soldier is once again the yardstick by which military effectiveness is measured. Airpower on its own, even with precision munitions, cannot defeat a determined adversary. Main battle tanks have grown so expensive and scarce that they cannot be risked the way their World War II and even Cold War predecessors could be. The proliferation of modern anti-tank weapons means that the days in which tanks could freely roam the battlefield are over. Images of burning Israeli, Saudi, and Ukrainian tanks, destroyed in recent conflicts by determined infantry opponents, testify to that. The progressing urbanization of the world also means that more and more conflicts will be fought in built-up terrain which which armored vehicles can operate only as direct fire support weapons.

The Ratnik program will allow Russian soldiers to go into battle, if the need arises, equipped as well or better than most of their probable adversaries. The fact that such a system is becoming operational with the Russian military indicates that the lessons of Afghanistan and Chechnya were well learned.