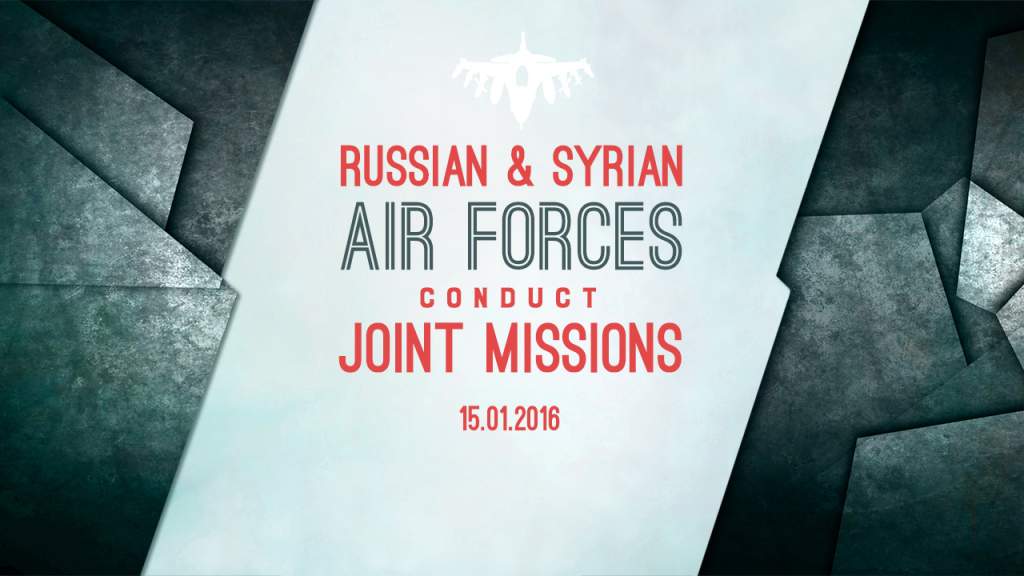 An agreement for deployment of a Russian air group in Syria signed on August 26, 2015, has no validity period according to its text published on Jan.14. The treaty specifies that the Syrian party makes available the Hmeimim airbase in Latakia province, and also “necessary additional territory as agreed upon by the parties.” The Hmeimim airbase and its infrastructure are used by Russia free of charge.

The Russian Aerospace Forces conducted a joint combat mission on destruction of terrorists’ infrastructure with the Syrian Air Force for the first time.

On January 14th, the Syrian Arab Army (SAA) liberated the villages of Surayb, Ajouziyah,‘Abboudiyah, and Miltafah in the Aleppo province. The Kurdish-majority town of Tell Aran was also liberated by the SAA. The pro-government forces are now advancing towards the town of al-Bab located about 30 kilometers from the Turkish border. The town is a bastion of ISIS in the area.

According to the reports, a huge convoy of militants arrived the Latakia province to support the militants operations aimed to recapture the strategic town of Salma and its surrounding territory. The first militants’ aim is to seize the villages around the town. Then they will be able to launch an offensive to recapture Salma. If militants fail, they will likely lose the entire northeastern countryside of the Latakia Governorate to the Syrian forces in the nearest future.