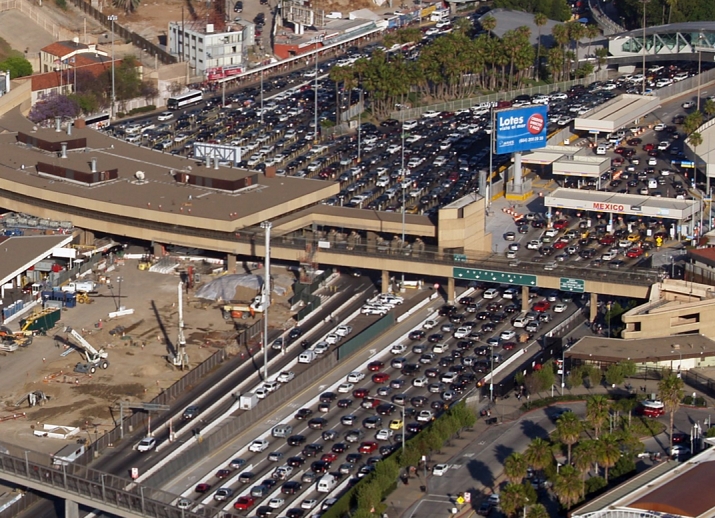 This week America’s National Public Radio (NPR) broadcast a story by its affiliate KPBS on biometrics screening taking place at the border crossing between San Diego, California and Tijuana, Mexico. According to the report the screening is meant to stop illegal immigration while providing US citizens with a feeling of enhanced border security.

While the piece is a de facto sales job for the procedure with a small disclaimer on privacy provided by a 15-second clip of American Civil Liberties Union (ACLU) attorney Mitra Ebadolahi, the missing content should alarm all of us.

It is the complicated history behind the idea of surveillance of which biometrics represents the most intrusive and most definitive form of tracking to date. The mass genocide during WWII would not have been successful as if it wasn’t for the IBM card punch data system, the Hollerith Machine, a precursor to the modern computer. When the final solution “experts” wanted a system to make their goal happen they turned to American IBM’s 90 percent owned German subsidiary Dehomag to help identify, isolate and then destroy the Jews.

The IBM device was so successful that the initial estimate of up to 600,000 Jews in the population of 65 million was revised upwards to two million including people with only one Jewish ancestor. Over 2,000 of these so-called death calculators were sent out all over Europe, including to almost all of the extermination camps, to make sure the killing was as cheap and efficient as possible.

It also allowed the Nazi regime to have tight control on the population by organizing a food distribution system accordingly. It was used to slowly starve the Jews in ghettos and to keep the people of occupied Europe fed and clothed barely enough to be useful to German interests. The force and slave labor shipments were also organized using the system while efficiently bleeding the occupied countries of their resources with the help of Dehomag’s biggest customer: Germany’s national railways, the Reichsbahn.
As the company’s business model was to only lease the units, they were regularly maintained by IBM personnel Europe-wide during on-site visits including to the concentration camps. When US law made direct business involvement with the Nazi regime illegal, IBM Schweiz (Switzerland) became the nexus of the business while providing the New York office with communications and giving it deniability of any responsibility.

The machines were also leased to other Axis powers such as Romania, which used the machines for first imprisonment and then deportations of their own Jewish and Gypsy populations. Interestingly, the Romanian sales territory was managed directly from the New York headquarters so the same denial of responsibility as in case of IBM in Germany couldn’t be applied there. Even after Romania was declared the enemy with the US entry into WWII, IBM Schweiz wanted to repatriate the money it made there.

Fast forward to the Iraq War. As I reported from Iraq in 2013 I have met several people who told me they were bio-scanned by US forces at checkpoints due to being of military age. According to the 2011 article by Spencer Ackerman of Wired called U.S. Holds On to Biometrics Database of 3 Million Iraqis.

The US military has scanned over three million people there. The existing database remains the property of US government regardless the subjects are citizens of another sovereign country and neither they nor their government provided consent to the procedure. This issue is completely ignored in the US media as the conversations about the purpose of this technology touch all major concerns of our times not to mention matters of faith and ethics.

“I spoke with the KPBS reporter for almost two hours 45 minutes on the phone and another one hour in person on camera. I did in fact talk about how these technologies were developed in theaters of war and are now seeping into our own country, to everyone’s detriment,” Mitra Ebadolahi, the ACLU attorney wrote in an email.

“The reporter cut my remarks down to a 15 second sound bite,” Ebadolahi explained while none of the mention of the military origin of biometrics was in NPR’s feature piece.

The technology has been used widely not only in Iraq and Afghanistan but also as the census technology in India, the same purpose of which the IBM’s Hollerith Machine was originally designed.

As the country grapples with a rapidly increasing population, dwindling resources and economic challenges, the question of its utility and ultimate purpose remain open. India’s national experiment with its population is the most ambitious to date.

It will be used for tracking of not only census data but student performance, purchasing basic need goods (cooking gas), registering vehicles, using an ATM/payment card or the most controversial: a proposal by Indian Railways to use it for booking and validation of passengers.

In the country where the rail is the lifeblood of the nation, it means effective surveillance of movement on a truly unprecedented scale.

Funded in part by the EU’s Demonstrator+ program, the $2.2 million study, based on the SAVA project, provides solutions for control that were until recently available only in thrillers or Sci-Fi movies.

According to the report, SAVA has autonomous capability to learn and classify human behavior in urban surroundings. It also has an analytical capability to follow subjects all by itself, using a set of cameras installed in the city’s busiest points. Beyond basic classification, it is able to discern and match physical characteristics to the database it is operating within a matter of seconds.

Benjamin Franklin, the founding father of the American Revolution wrote in 1755:

“Those who would give up essential Liberty, to purchase a little temporary Safety, deserve neither Liberty nor Safety.”

It is the end of privacy and the world as we all know it. 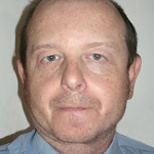 Derek Monroe is a writer/reporter and consultant based in Illinois, USA. He has reported on international and US foreign policy issues from Latin America, Poland, Japan, Iraq, Ukraine, Sri Lanka and India.
His work appeared in Foreign Policy in Focus, Alternet, Truthout and Ohmynews, and has been published in over 20 countries.